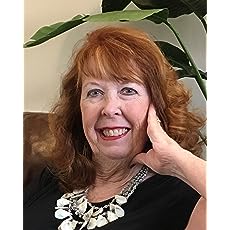 Sandra Markle is the author of more than 200 books for children, such as A Mother's Journey (Charlesbridge, 2006), How Many Baby Pandas (Walker, 2009), The Case of the Vanishing Golden Frogs (Millbrook, 2011), Butterfly Tree (Peachtree Publishing, 2011). She has won numerous awards for this work, including Boston Globe-Horn Book Honor Book, Cooperative Children's Book Center Choices, NSTA Outstanding Science Trade Book, SB& F finalist, John Burroughs List of Nature Books for Young Readers, Junior Library Guild Selection, Orbis Pictus Recommended Book, Charlotte Zolotow Award, and MORE.
She was honoured with the title of "Best of Children's Non-Fiction" Georgia Author Of The Year award five times and was named one of 1999's Women of the Year by Women in Technology International for her contributions to science and technology.

In addition to her books, Sandra Markle has developed science specials for CNN and PBS. She is also noted for developing On-Line Expedition: Antarctica, one of the first on-line educational programs and continued adding further on-line reports from Antarctica while working on book projects in 1996 and 1999 as a grantee for the National Science Foundation's Artists and Writers Program.

Sandra Markle remains proudest, though, of the praise she has received in fan mail from children. She's happy to fulfill the requests of the young readers that urge her to "please write more." 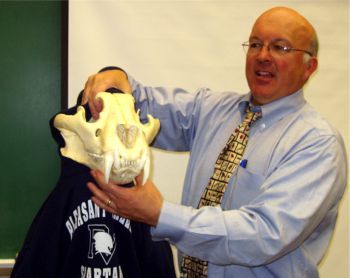 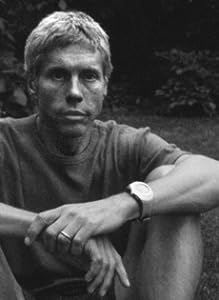 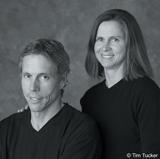 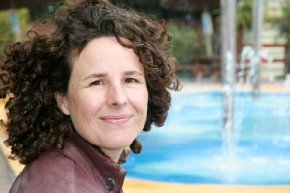 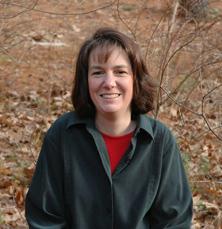 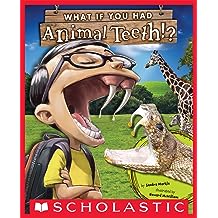 WHAT IF YOU HAD ANIMAL TEETH? takes children on a fun, informative, and imaginative journey as they explore what it would be like if their own front teeth were replaced by those of a different animal. Featuring a dozen animals (beaver, great white shark, narwhal, elephant, rattlesnake, naked mole rat, hippopotamus, crocodile, and more), this book explores how different teeth are especially adapted for an animal's survival. At the end of the book, children will discover why their own teeth are just right for them. And they'll also get a friendly reminder to take good care of their teeth, because they're the only teeth they'll ever have. Each spread features a photograph of the animal using its specialized teeth on the left and a humorous illustrated image of a child using that animal's teeth on the right.
Read more
Other Formats: Library Binding , Paperback 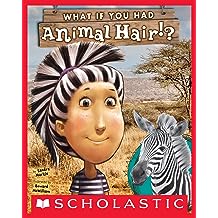 If you had a polar bear's double coat, you would never have to wear a hat when playing in the snow. If you had reindeer hair, it could help you stay afloat in water. And if you had a porcupine's hair, no bully would ever bother you again!

WHAT IF YOU HAD ANIMAL HAIR? is a follow-up to the adorable WHAT IF YOU HAD ANIMAL TEETH? Each spread will feature a photographic image of the animal and its hair on the left and an illustration of a child with that animal's hair on the right. As in ANIMAL TEETH, the illustrations will be humorous and will accompany informative text.
Read more
Other Formats: Paperback 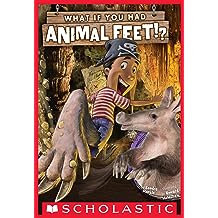 WHAT IF YOU HAD ANIMAL FEET? is the next book in the successful WHAT IF series by Sandra Markle, illustrated by Howard McWilliam, following the very popular WHAT IF YOU HAD ANIMAL TEETH? and WHAT YOU IF HAD ANIMAL HAIR? This latest edition will teach kids about the amazing variety of feet in the animal kingdom and their specialty functions! From cheetahs' fast feet to mountain goats' nimble climbing hooves, to flies' sticky feet! Each animal profile will include a photo as well as illustrations of kids with animal feet that are sure to make kids laugh!
Read more
Other Formats: Library Binding , Paperback 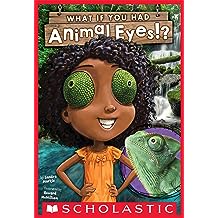 What If You Had Animal Eyes? Aug 29, 2017
by Sandra Markle , Howard McWilliam
( 405 )
$2.99
What if you woke up one morning and your eyes weren't yours? What If You Had Animal Eyes? -- the next imaginative book in the What If You Had series -- explores what would happen if you looked in the mirror and saw a pair of animal eyes instead of your own! From the chameleon's eyes that can point in different directions, to the colossal squid's eyes that shine in the dark, discover what it would be like if you had these special eyes -- and find out why your eyes are just the right ones for you!
Read more
Other Formats: Hardcover , Paperback

What If You Had An Animal Tail? (What If You Had... ?) Jun 26, 2018
by Sandra Markle , Howard McWilliam
( 523 )
$2.99
What if you woke up one morning and you had sprouted a tail overnight? What If You Had An Animal Tail? -- the next imaginative book in the What If You Had series -- explores what would happen if you looked in the mirror and saw that you had an animal tail! From a peacock's showstopping tail to a scorpion's dangerous stinger, discover what it would be like if you had one of these special tails -- and find out why your own tailbone is just the right one for you!
Read more
Other Formats: Paperback 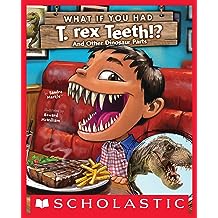 What If You Had T. Rex Teeth?: And Other Dinosaur Parts (What If You Had... ?) Dec 26, 2018
by Sandra Markle , Howard McWilliam
( 495 )
$2.99
What if you woke up one morning and you had sprouted a dinosaur body part overnight? What If You Had T. rex Teeth? -- the next imaginative book in the What If You Had series -- explores what would happen if you looked in the mirror and saw that you had become part dino! From a Velociraptor's sharp sickle-tipped toes to a T. rex's giant curved teeth, and from the body armor of an Ankylosaurus to the long neck of a Brachiosaurus -- discover what it would be like if you had one of these wild dinosaur parts! Readers will also learn what makes a dinosaur a dinosaur and why they aren't still around today.
Read more
Other Formats: Hardcover , Paperback 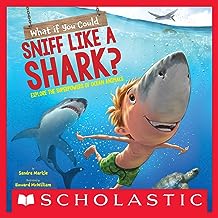 What If You Could Sniff Like a Shark?: Explore the Superpowers of Ocean Animals (What If You Had... ? Book 1) Jun 2, 2020
by Sandra Markle , Howard McWilliam
( 100 )
$3.99
What if you woke up one morning, and you suddenly had the superpower of an ocean animal? If you could shapeshift like a giant Pacific octopus, you could squeeze through even the smallest gaps. If you could snap your claws like a coconut crab, you could slice through sheets of metal. And if you could sniff like a great white shark, you'd be able to smell treats from miles away!

With zany illustrations and amazing true facts, What If You Could Sniff Like a Shark? launches a brand-new series from bestselling creators Sandra Markle and Howard McWilliam. The What If You Could...? books have all the appeal of the What If You Had...? titles, but focus on animal superpowers and feature a fresh new design.
Read more
Other Formats: Hardcover , Paperback 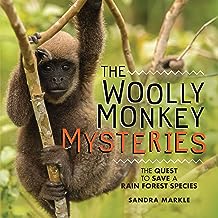 The Woolly Monkey Mysteries: The Quest to Save a Rain Forest Species (Sandra Markle's Science Discoveries) Jan 1, 2019
by Sandra Markle
( 4 )
$9.99

In the cloud forests of the Amazon Basin, scientists are installing extraordinary numbers of camera traps in the hopes of learning more about an elusive species—woolly monkeys.

No one knows for sure how many woolly monkeys are left in the wild. But they play a key role in their ecosystem, and without them the rain forest is in trouble.

Join scientists on their quest to solve the mysteries surrounding the lives of woolly monkeys before it's too late.

Scan QR codes inside the book to see and hear the monkeys! 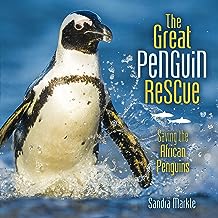 African penguins waddle around nesting colonies in lower numbers than ever before. Despite South African government efforts to protect the penguin colonies and their ocean fish supply, young penguins still struggle to survive. Fuzzy chicks waiting for food in open nests may overheat in the sun or become prey. Others simply may not get enough food to survive on their own once their parents leave. But new conservation methods, including rescuing and hand-feeding vulnerable chicks, are giving experts hope. Can volunteers and scientists help save Africa's only penguins before it's too late? 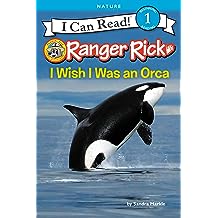 Dive into the lives of orcas with Ranger Rick in this beginning reader with full-color photos of orcas in the wild! What if you wished you were an orca? And then you became one? An orca is an amazing kind of whale. Could you eat like an orca? Sleep like an orca? Live in an orca family? And would you want to? Find out!

Ranger Rick explorers can learn all about orcas in this reader full of fascinating facts, vivid wildlife photographs, a Wild Words glossary, and a hands-on activity about how to communicate like an orca!

Ranger Rick: I Wish I Was an Orca is a Level One I Can Read, which means it’s perfect for children learning to sound out words and sentences. Whether shared at home or in a classroom, the short sentences, familiar words, and simple concepts of Level One books support success for children eager to start reading on their own. 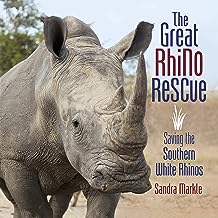 Southern white rhinos are in trouble. For years, a rumor has been spreading that their horns can be used to cure cancer, and poachers have been targeting these gentle creatures. Sandra Markle takes readers behind the scenes to see how civilians, volunteer organizations, and African governments are working together to protect rhinos. 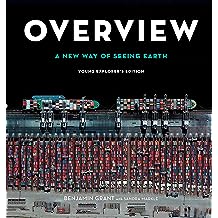 Overview, Young Explorer's Edition: A New Way of Seeing Earth Oct 29, 2019
by Benjamin Grant , Sandra Markle
( 43 )
$12.99
Discover Earth as you've never seen it before, in this stunning and unique collection of satellite images that offer an unexpected look at our planet. A perfect gift for young National Geographic fans and atlas enthusiasts!

When astronauts look down at our planet and see its vibrant surface shining against the blackness of space, they experience the Overview Effect--a sense of awe, an awareness that everything is interconnected, and an overwhelming desire to take care of our one and only home.

Overview: Young Explorer's Edition, newly adapted for young readers from the adult book Overview, captures this sense of wonder and shares it with readers without having to leave the ground. Extraordinary aerial photographs reveal Earth's natural beauty and show the surprising, fascinating, and destructive ways humans have impacted our environment. This eye-opening visual journey will forever change the way we see our home planet.
Read more
Other Formats: Hardcover