Santa's Sweetheart: A Heartwarming Texas Christmas Love S... and millions of other books are available for Amazon Kindle. Learn more 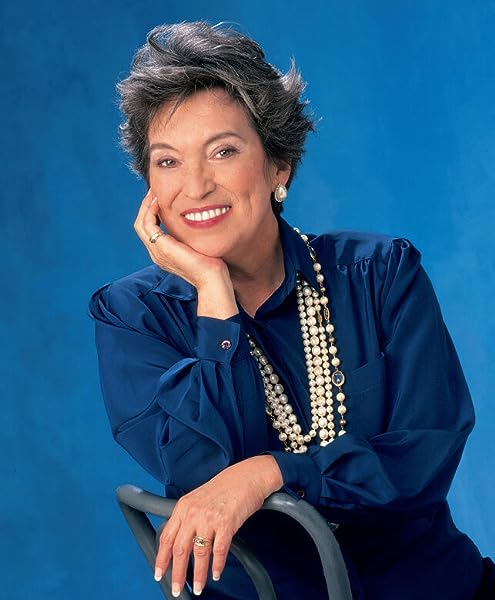 by Janet Dailey (Author)
4.6 out of 5 stars 2,052 ratings
Book 4 of 5: The Christmas Tree Ranch
See all formats and editions
Sorry, there was a problem loading this page. Try again.

The delightful and entertaining new holiday novel from the legendary author of dozens of treasured romances! This Christmas, visit the small town of Branding Iron, Texas, where it’s time for the Cowboy Christmas Ball and one irritable sheriff is about to get in the spirit of the season…and find love along the way.

Sheriff Sam Delaney is shouldering a lot as the lone lawman in the small Texas town of Branding Iron—and the widowed single father of six-year-old Maggie. Especially since Maggie’s determined that what her daddy needs this holiday season is a girlfriend. Suddenly Sam is hustled off to a meeting with Maggie’s schoolteacher—and surprised to discover the demure Grace Chapman is unexpectedly alluring. Then he’s roped into playing Santa at the annual Christmas ball, with the pretty Miss Grace by his side. It’s enough to make Sam even grumpier than usual—if not for the feelings sweet Grace stirs up inside...

Grace only wants to heal after her broken engagement. So why is she so charmed by the slow smile—and the surprising tenderness—of the town’s sheriff? Maybe because Grace is discovering that beneath Sam’s gruff exterior lies a heart as big as Texas, especially when it comes to the women in his life—like little Maggie. And now her… Which only has Grace hoping she’ll be Santa’s sweetheart for many seasons to come...
Read more
Previous page
Next page

PRAISE FOR JANET DAILEY and her novels

“The story is full of Christmas spirit . . . Those looking for a little pre-holiday pick-me-up will find plenty to enjoy here.”
—
RT Book Reviews on Just a Little Christmas

“Dailey has always been a talented storyteller, and this latest is no exception; she breathes life into her winning characters in a holiday tale that is sure to please fans of chaste contemporaries.”
—Publishers Weekly on Christmas on My Mind

“Janet Dailey's tale is a heart-warming version of family values and unexpected romance at the most romantic time of the year, Christmas.”
—Fresh Fictionon Merry Christmas, Cowboy

Janet Dailey's first book was published in 1976. Since then she has written more than 100 novels and become one of the top-selling female authors in the world, with 300 million copies of her books sold in nineteen languages in ninety-eight countries. She is known for her strong, decisive characters, her extraordinary ability to recreate a time and a place, and her unerring courage to confront important, controversial issues in her stories.
Start reading Santa's Sweetheart on your Kindle in under a minute.

JANET DAILEY’s first book was published in 1976. Since then she has written more than 100 novels and become one of the top-selling female authors in the world, with 300 million copies of her books sold in nineteen languages in ninety-eight countries. She is known for her strong, decisive characters, her extraordinary ability to recreate a time and a place, and her unerring courage to confront important, controversial issues in her stories. You can learn more about Janet at www.JanetDailey.com.

Bonnie Capan
5.0 out of 5 stars Another Great Christmas Story
Reviewed in the United States on October 5, 2021
Verified Purchase
I have been reading Janet Dailey’s Christmas books for many years along with series books such as the Calders.
I was very sad to read of Janet Dailey’s passing! She is terribly missed as an author who could tie together her books with characters..their emotions, dilemmas, feelings, descriptions..intertwining these throughout her book. God Bless her and she will always live on in her stories!
Read more
12 people found this helpful
Helpful
Report abuse

ChicagoPatty
5.0 out of 5 stars THANKS FOR A GREAT READ ON A COVID CANCELLED CHRISTMAS
Reviewed in the United States on December 26, 2021
Verified Purchase
I will always be a fan of Janet Dailey, and this great story, that made me cry was wonderful. Tugs at the heartstrings, and was a wonderful way to spend Christmas Day. In the 70s I was a bookseller in the Chicago suburbs and Janet made an appearance at my store and brought me a hostess gift of home made jelly. Since then, she has written hundreds of books to make readers laugh and cry, and think about good times and bad. Janet Dailey, you are still the best! Thanks for a wonderful read.
Read more
3 people found this helpful
Helpful
Report abuse

PittsburghLady
5.0 out of 5 stars perfect Christmas story
Reviewed in the United States on October 21, 2021
Verified Purchase
This has all the feels and it was a delightful easy read. A lonely widower with a sweet precocious daughter and a teacher wearing a mantle of sadness. Enjoyable
Read more
3 people found this helpful
Helpful
Report abuse

Annette Boykin
5.0 out of 5 stars I love Branding Iron Texas.
Reviewed in the United States on January 14, 2022
Verified Purchase
The whole series "The Christmas Tree Ranch " is Wonderful. I enjoyed every single book start to finish. I love how each book focuses on a different main character yet you always find the familiar towns people intertwined through them all.
Read more
2 people found this helpful
Helpful
Report abuse

N.M. DESGROSEILLIERS
5.0 out of 5 stars Easy and Enjoyable
Reviewed in the United States on October 16, 2021
Verified Purchase
A good book to just enjoy and relax with after a stressful day . Sit back and delight in a Christmas story of love of a father for a daughter.
Read more
3 people found this helpful
Helpful
Report abuse

Schaufele
5.0 out of 5 stars Great reading!
Reviewed in the United States on January 16, 2022
Verified Purchase
The book drew you into wanting to keep reading. The story has a beautiful ending. The whole book series was great. I think this one should of been book 1.
Read more
One person found this helpful
Helpful
Report abuse

Ann
5.0 out of 5 stars Heartwarming Story
Reviewed in the United States on June 12, 2022
Verified Purchase
I've always loved to read Janet Daily books. She's a great writer and she didn't disappoint with this one. Life hands us heartbreaks and joys. This book shows all of them. I hope you enjoy reading this book as much as I did.
Read more
Helpful
Report abuse

claire
5.0 out of 5 stars Good
Reviewed in the United States on December 6, 2021
Verified Purchase
I wish it was a longer story. I didn’t want it to end. All four stories were really good. As usual.
Read more
Helpful
Report abuse
See all reviews

MsMerylB
4.0 out of 5 stars Sweet.
Reviewed in the United Kingdom on May 18, 2022
Verified Purchase
A lovely Hallmark Christmas story. Little Maggie is a bright and precocious six year old, who just wants to see her Daddy happy. Her matchmaking is very clever. Lovely character growth.
Read more
Report abuse

Marlene Krokosh
5.0 out of 5 stars Easy reading and kept me wanting to keep reading
Reviewed in Canada on May 9, 2022
Verified Purchase
Kept me interested the entire time. Loved the book
Read more
Report abuse
See all reviews