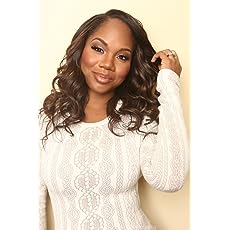 Sarah Jakes Roberts is a take-charge business-woman, writer and media personality who expertly balances career, ministry and family. In April 2014, Sarah released a memoir titled, "Lost and Found: Finding Hope in the Detours of Life." In "Lost and Found," Sarah shares her story with a rarely seen transparency and because of that, people gravitate to her..

Sarah is an astute business woman and has been integral in the success of many major initiatives at TDJ Enterprises. She currently serves as the senior editor of eMotions, an online inspirational magazine designed to embrace, educate and empower women. She is also the project manager for the Rx Connection Card and she was responsible for grassroots marketing efforts for the feature film, "Not Easily Broken." Prior to joining the staff at The Potter's House/TDJ Enterprises, Sarah served as an office liaison for The Air Force.

Sarah has received many honors, including recently being celebrated as a National Overcomer by Pat and Emmitt Smith Charities in partnership with Good Morning America co-host, Robin Roberts. Sarah has also been featured in numerous media outlets including The Today Show, Dr. Phil, Essence, The Associated Press, and The 700 Club. A naturally gifted scholar, Sarah graduated high school in the top ten percent of her class and in the nation at the age of sixteen and attended Texas Christian University, where she studied journalism.

She is the daughter of megachurch pastor, bestselling author and film producer, Bishop T.D. Jakes and Mrs. Serita Jakes, author, media personality and business executive. Alongside her husband, Touré Roberts, Sarah pastors a dynamic community of artists and professionals in Hollywood, CA. Together they have five beautiful children and reside in Los Angeles, CA.
Read more 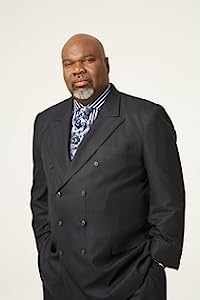 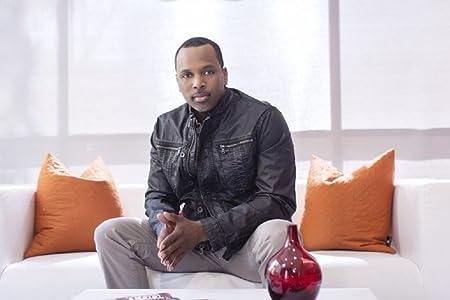 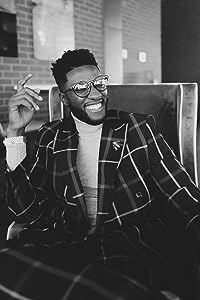 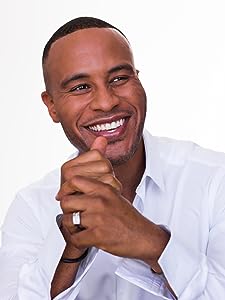 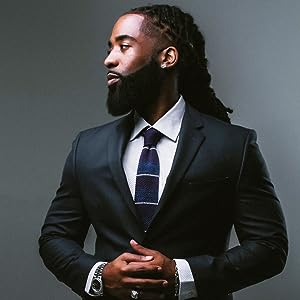 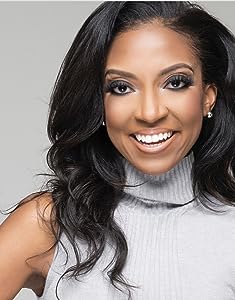 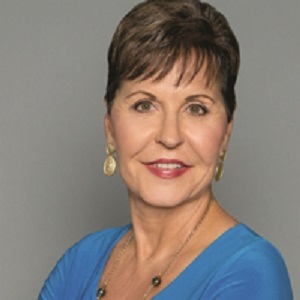 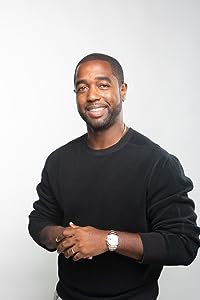 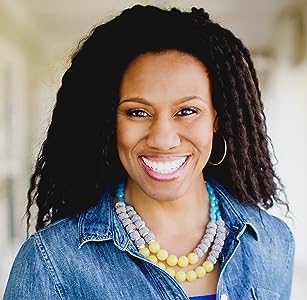 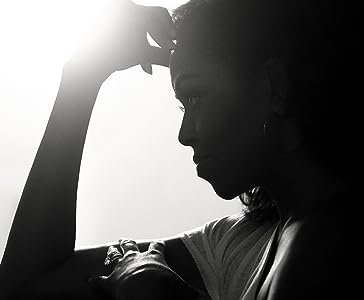 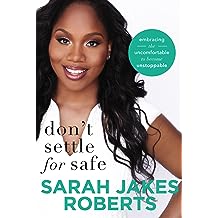 Popular speaker and author Sarah Jakes Roberts shows women they are not disqualified by their pain and failures and offers encouragement and strength to believe God’s best is still possible.

Sarah wants to help you…

Everyone has experiences in their lives that stop them in their tracks and become burdens they carry with them everywhere they go. No one knows this better than Sarah Jakes Roberts. Pregnant at fourteen, married by nineteen, divorced by twenty-two, and all while under the intense spotlight of being Bishop T.D. Jakes’s daughter, Sarah knows what it is to feel buried by failure and aching pain.

But when her journey brought her to faith’s fork in the road, Sarah found she had to choose between staying in the comfort of the pain she knew or daring to make new wounds and move forward. Now Sarah shares the numerous life lessons she’s learned along the way with other women also struggling to believe they’re not disqualified by their pain and past mistakes. She delves into topics such as allowing the past to empower the present, choosing to step forward while still being afraid, facing struggles in the midst of community, finding intimacy with God outside of preconceived notions of what it should look like, and learning to focus on others. With deeply personal stories of her own, Sarah helps readers find their way to the right perspective and the confidence to walk toward the best God has for them. 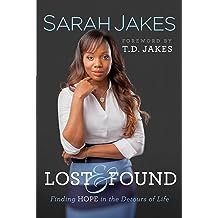 Like every girl, Sarah Jakes dreamed of a life full of love, laughter, and happy endings. But her dreams changed dramatically when she became pregnant at age thirteen, a reality only compounded by the fact that her father, Bishop T.D. Jakes, was one of the most influential megachurch pastors in the nation. As a teen mom and a high-profile preacher's kid, her road was lonely. She was shunned at school, gossiped about at church. And a few years later, when a fairy-tale marriage ended in a spiral of hurt and rejection, she could have let her pain dictate her future.
Instead, she found herself surrounded by a God she'd given up on, crashing headlong with Him into a destiny she'd never dreamed of. Sarah's captivating story, unflinchingly honest and deeply vulnerable, is a vivid reminder that God can turn even the deepest pain into His perfection.
More than a memoir, Lost and Found offers hope and encouragement. Perhaps you, like Sarah, find yourself wandering the detours of life. Regardless of how lost you feel, you, too, can be found.
Read more
Other Formats: Audible Audiobook , Hardcover , Paperback , Audio CD , Digital 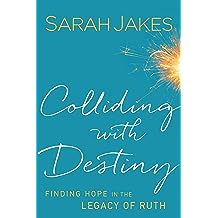 The story of Ruth is a journey of transformation. By allowing God to transform her circumstances, Ruth went from a widow who would be excluded from society to a wife with a secure and protected future, a future that ultimately paved the way for the birth of King David! Her story is full of collision--loss, heartache, poverty, even shame--but she never let her past define her. Instead, the most painful time of her life became her most pivotal, propelling her to a destiny she never imagined.

Perhaps you have a past you're struggling to overcome. If disappointments, whether a result of your own choices or the actions of others, have kept you from being your true self, this book is for you. Follow Ruth's life and discover the hope available to each of us. Your yesterday does not have to dictate your tomorrow.

Despite your past pain, you, too, can find redemption and restoration.
Read more
Other Formats: Hardcover , Paperback 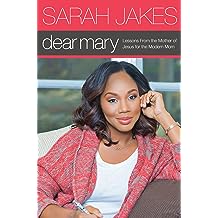 Dear Mary: Lessons From the Mother of Jesus for the Modern Mom Sep 8, 2015
by Sarah Jakes
( 78 )
$9.99
Hopeful, Inspiring Message
for Moms from Sarah Jakes

Mary, the mother of Jesus, is a remarkable example of quiet, resilient faith and courage in the face of adversity. From the angel's first announcement of her pregnancy to the death and resurrection of her son, Mary was witness to our Lord and Savior in a unique and special way.

And as a mother herself, she speaks to the modern-day mom in a way few have explored before.

Writing in the form of letters, Sarah Jakes examines the life of Mary--and through Mary, Jesus--to better understand what a life of faith looks like. Maybe you struggle to trust God's will for your life. Perhaps you have fears and insecurities that keep you from realizing the joy God wants for you, or the thought of raising little ones overwhelms you. Through the example of Mary, discover the freedom that only true faith can bring.
Read more
Other Formats: Hardcover , Paperback 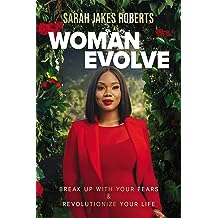 Woman Evolve: Break Up with Your Fears and Revolutionize Your Life Apr 6, 2021
by Sarah Jakes Roberts
$14.99

Reimagining the story of Eve, Sarah Jakes Roberts draws lessons from Scripture and from her own life that show women how to use the mistakes of their past to overcome the challenges of today.

As the first woman, Eve was also the first woman who had to deal with the mistakes of her past. In a dramatic reinterpretation of Eve’s story in Genesis, Sarah Jakes Roberts shows how the slow seduction of our minds can knock us out of our orbit. Pastor Sarah guides women in identifying the dragons that have taken them down, then encourages readers to get into a new orbit as she reminds them “enmity” is a two-way street.

Everyone faces trials, and everyone will mess up. But past failures should not be the focus. A person’s purpose in life does not change; it evolves. In the same way, someone should not be attached to who she was but to who she can become.

Woman Evolve teaches women that they can use failures and mistakes to break through to their future. Like Eve, they do not need to live defined by the past. Pastor Sarah says, “Bruised heels can still crush serpents’ heads.”