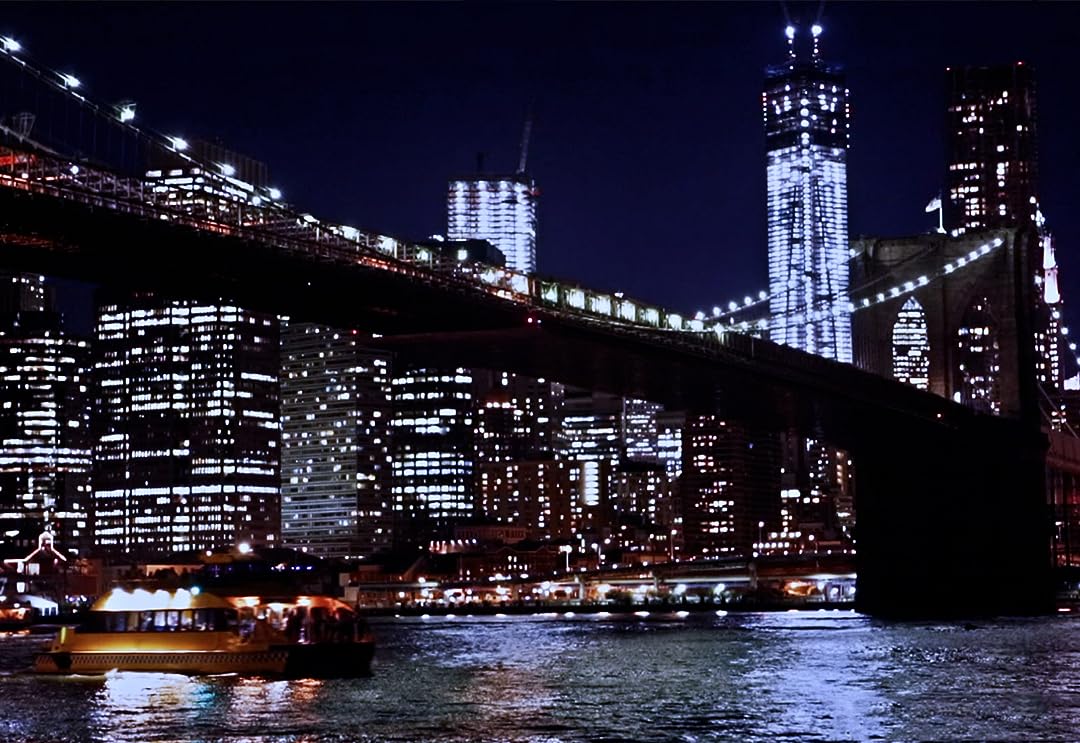 Add to
Watchlist
Redeem a gift card or promotion code
By ordering or viewing, you agree to our Terms. Sold by Amazon.com Services LLC.
Write review
Show all 24 episodes

SylviastelReviewed in the United States on November 13, 2016
5.0 out of 5 stars
Live from New, It's Saturday Night!
Verified purchase
With 8 DVDs, you get the entire first season of episodes

Disc One featured the pilot episode with comedian George Carlin with musical guests like Billy Preston and Janis Ian along with the original not ready for primetime players starring Dan Ackroyd, John Belushi, Chevy Chase Jane Curtin, Garrett Morris, Laraine Newman and Gilda Radner in the cast in groundbreaking comedies. George Carlin performs more stand-up comedy than participates in skits with the cast. It is still a terrific episode though and unforgettable. The second episode has Paul Simon with musical guests, Art Garfunkel, a very pregnant Phoebe Snow, Randy Newman and the Jesse Dixon Singers. The third episode has Emmy winner Rob Reiner (All in the Family's Mike Stivic) with Joe Cocker, John Belushi and Penny Marshall.

Disc Two has Candice Bergen with Esther Phillips as a musical guest. Comedian Robert Klein hosted the fifth episode with musical guests like ABBA and Loudon Wainwright III. The sixth episode was hosted by the incomparable Lily Tomlin with Howard Shore's All Nurse Band.

Disc Three has Richard Pryor and Gil Scott-Heron as musical guest. Candice Bergen hosts again the Christmas episode and is the first repeat host with Martha Reeves and the Stylistics. Elliott Gould is the host with Canadian legend singer, Anne Murray as musical guest.

Disc Five has Peter Boyle with musical guest, Al Jarreau and unforgettable skit with John Belushi as the dueling Brandos. Desi Arnaz from "I Love Lucy" host with his son, Desi Arnaz Jr. as musical guest. Gilda Radner does a terrific job as Lucy. The show ends with Desi leading the cast in the audience. Jill Clayburgh host with Leon Redbone as musical guest.

Disc Seven has Madeline Kahn and Carly Simon as musical guest. Madeline plays Marlena Dietrich to Gilda Radner's Baba Wawa in a sendup and as the Bride of Frankenstein. Dyan Cannon was host with Leon and Mary Russell as musical guests. Buck Henry is the first male host for the second time with Canadian musical guest Gordon Lightfoot.

Forty-one years later, the show is still groundbreaking and created stars. The original cast suffered the losses of Gilda Radner to cancer and John Belushi to a drug overdose. I still love this show and enjoyed every episode on DVD.

A MooreReviewed in the United States on August 6, 2020
5.0 out of 5 stars
Good value
Verified purchase
Good quality recordings. Much better than the "best of" series, it is for the most part the entire show including the music performances which is the main reason for my purchase. It was worth the price for the music alone. I purchased seasons 1 through 5 and watch two episodes each Saturday night as part of my " media" line-up. Instead of paying the cable companies for nothing but commercials I built a media library and have my own "line-up"
3 people found this helpful

The format during the first SNL season was experimental with “Muppets” sketches and hosts who were obscure comedy writers, talk show hosts and English performers.

The not-ready-for-prime time-players didn’t have go-to comedy sketches like later seasons and the season pretty much went by the seat of its pants.

The result is over half the episodes are archaic with mainly historical interest and less genuinely great entertainment. Maybe a fourth of these episodes such as the Richard Pryor one can be considered quality SNL episodes. In summary, a good start but it got better. Bill Murray arrived for season two.

Pop BopReviewed in the United States on April 4, 2018
5.0 out of 5 stars
1975! That was a very good year.
Verified purchase
This set covers it all. You get the full first season. You get to see how SNL started and then built up speed and confidence. You get to see comedy giants just starting out. And the whole thing, with its topical humor and throwaway lines, is like a very funny documentary report on who we were and where we were in 1975.
6 people found this helpful

Monica FinleyReviewed in the United States on April 21, 2020
5.0 out of 5 stars
Buy this! It's worth every nickel!
Verified purchase
Of course we love it!
Back when SNL was funny!!! Love watching Bilosi, Radner, even George Carlin.....
This was a gift for my dad. He loves it! I grew up watching SNL into the 90's....
This is the best season! Before the actors became REALLY famous, and they were just hilarious!
2 people found this helpful

J.S.Reviewed in the United States on December 29, 2006
5.0 out of 5 stars
A mix of classic, cult, and offbeat entertainment
Verified purchase
Just a few random thoughts on this memory-provoking set.

In a "complete" set, such as this fine collection, one is obviously going to get plenty of stuff that could be considered weird or offbeat, but that's what I believe made Seventies television--and expecially Saturday Night Live--what it was: An attempt to stretch what was possible on a major network show. I personally like the films by Gary Weis and Albert Brooks, although they might not be to everyone's taste. I never liked the show once it got too slick, somewhere around 1984, and if those collections are released I will not be buying them (despite some awesome musical guests).

Mostly, these 1975-76 shows make me feel nostalgic. I also mourn so many of the talent that are no longer with us: Of course, John Belushi, Gilda Radner and Michael O'Donoghue; but Jim Henson, Andy Kaufman, Richard Pryor, Peter Cook, Dudley Moore, Billy Preston, Madeline Kahn, Peter Boyle, Desi Arnaz, Anthony Perkins, a few others... The level of talent in front and behind the camera was so very high: Bandleader Howard Shore now composes Academy Award-winning scores; and there's Paul Shaffer leading Murphy Dunne and Lou Marini (to name but two) through their versatile paces in several numbers.

I find it all hugely entertaining and I am looking forward to the rest of the Seventies SNLs in their complete form.
15 people found this helpful

S.E. PozaReviewed in the United States on December 30, 2007
3.0 out of 5 stars
Your Memory Can Fool You
Verified purchase
A lot of folks are probably remembering Saturday Night Live from a bit later in its run and may find the episodes on this disc disappointing, particularly the earliest ones. The first half season is more of a historical archive of the time in which the show was aired. While it is peppered with the beginning of the great bits yet to come, it isn't especially funny until around the second half of the season when the "not ready for prime time players" start to see more time to do their characters and skits. Also, you'll notice more repetition of fake commercials than you may recall from the original airing.

The main reason I am giving this 3 stars rather than a higher rating isn't that the show isn't as funny early on as I expected but rather because a booklet was supposed to come with it and was missing from my copy and because the video quality is quite poor (especially from the first show). I'm pretty sure this could have been cleaned up if someone had wanted to go to the trouble. Also, there really should be commentary from Lorne Michaels on at least some of the episodes that provide some history and perspective about the show, but there is nothing.
8 people found this helpful

David KleckerReviewed in the United States on March 26, 2008
4.0 out of 5 stars
A Rocky Start
Verified purchase
The first two episodes of the first season are surprisingly unfunny. George Carlin's stand up routine is continually struggling for laughter and the 2nd episode more aptly called Paul Simon and Friends Show is in need of more skits and less music. But then in comes Rob Reiner and his Lounge act (gee, we now know where Bill Murray got the idea) and suddenly everything changes. SNL is known for its roller coaster periods where the cast is either hilarious or struggling. At first it may seem this cast is struggling but they soon find their nitch. Lots of classic skits appear such as John Belushi's hilarious Samarai Chef, Land Shark and of course the Gerald Ford decorating his Christmas Tree opening act. It's even funnier to see how people scored laughs back in the 70's compared to what is funny in 2008. Even Robert Kline's stand up act would be considered "unfunny" by today's standards. SNL 1975 is for the die hard fans of SNL who fully appreciate the genesis of the show, the original cast members that experimented and played with the format and ideas and were not afraid to go overboard or risk a spinal injury for a laugh.

4 out of 5 stars.
4 people found this helpful
See all reviews
Back to top
Get to Know Us
Make Money with Us
Amazon Payment Products
Let Us Help You
EnglishChoose a language for shopping. United StatesChoose a country/region for shopping.
© 1996-2022, Amazon.com, Inc. or its affiliates