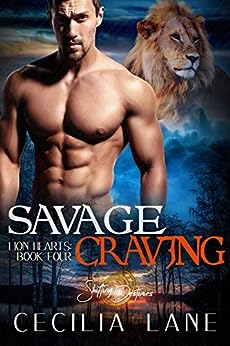 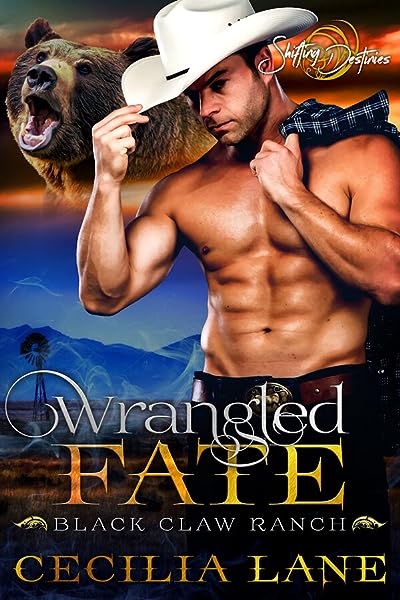 by Cecilia Lane (Author) Format: Kindle Edition
Book 4 of 5: Lion Hearts
See all formats and editions
Sorry, there was a problem loading this page. Try again.

A woman who loathes shifters. A lion on the prowl for his mate. A threat of death brings them together, and may tear them apart.

Lilah survived a shifter prison break, but the convicts escaped and now she’s on the run.

She doesn't want a bodyguard, especially not an intense, inscrutable shifter who looks at her like she’s his last supper. Shifters are bad juju, and Seth’s sexy intensity feels like some serious black magic. But the most dangerous escaped con wants Lilah dead. Enraged and at the end of her strength she flees—right into the jaws of the enemy’s trap. There’s no choice but to accept Seth’s protection.

Seth brings Lilah to Bearden to lie low. She might not want his help, but she has it and more—he knows Lilah is his mate. An entire life lived shiftless and in her presence suddenly his lion breaks free.

But there’s no time to explore the growing mate bond. A single fateful moment changes everything, vindicates Lilah’s loathing, and sets them on a path that could lead to ruin.

If Lilah doesn’t overcome the horrible memories of her attack, and if Seth doesn’t connect with his beast, then their fledgling bond will break . . . and the consequence is death.

Savage Craving, a steamy paranormal romance, is book four in the Lion Hearts series. You're guaranteed a wild ride and a HEA. For readers who love alpha heroes and enemies-to-lovers fated mates romance.

Download now and snuggle up with a shifter bodyguard with bite.

Cecilia Lane grew up in what most call paradise, but she insists is humid hell. She escaped the heat with weekly journeys to the library, where she learned the basics of slaying dragons, magical abilities, and grand adventures.

When it became apparent she wouldn’t be able to travel the high seas with princes or party with rock star vampires, Cecilia hunkered down to create her own worlds filled with sexy people in complicated situations. She now writes with the support of her own sexy man and many interruptions from her goofy dog.

T.L.
5.0 out of 5 stars Loved it!
Reviewed in the United States on August 14, 2020
Verified Purchase
I absolutely loved this story. This is book 4 of the Shifting Destinies: Lion Hearts series. This is the story of Seth Foster, a shifter with secrets and a hard past, and Lilah McKenna, a woman with her own traumatic past that has caused her to fear shifters. After witnessing a prison break, she knows too much and her life is in danger. Seth is sent to protect her. After meeting her, he has his own personal reasons to keep her safe.
This was another wonderful story by Cecilia Lane. I love all her characters! The interactions between characters are so natural and at times, funny, but it’s the emotions that come through in their words, thoughts, and actions. They are not perfect and make mistakes. But, with any book in Cecilia Lane’s series, there is this feeling of family and support. Cecilia does a wonderful job showing the character’s motivation for what they do. The romance between the main couple is passionate, but it’s more than that. The need to be with the other is evident in the story.
The story is always action-packed and moves along quickly. I’m always a little sad when the story ends. The story is completely satisfying and doesn’t feel rushed. But, its easy to become so engrossed in the characters and their world, that it’s sad when it comes to its conclusion.
I can’t wait till book 5, Savage Exile. I certainly hope that is not the last of the Bearden residents.
Read more
One person found this helpful
Helpful
Report abuse

Christal
5.0 out of 5 stars Lilah falls for her Bodyguard
Reviewed in the United States on November 15, 2020
Verified Purchase
Another great book in the series! Poor Lilah manages to live through a prison escape by the notorious Jasper Crowley. Now she needs a bodyguard and Seth is the shifter for the job. Lilah, who doesn't like shifters, is attacked while she is at her apartment but Seth manages to get her out safely. This is the start of their adventure. It gets more complicated when Seth, who was never able to shift, knows Lilah is his mate. He will protect her with his life. During their time together, Lilah starts to trust Seth and falls for him. There are more trials they go through before they get their happily ever after.
Read more
Helpful
Report abuse

Dorothy
5.0 out of 5 stars 🤩 wow
Reviewed in the United States on March 5, 2022
Verified Purchase
Wow this was a very good read, Seth, Dash half brother had his own secrets. A shifter who couldn’t shift. He meets his mate and everything changes for him. More than once he saved Lilah’s life to almost accidentally cost her, her life. This one will keep you on your toes. Great read.
Read more
Helpful
Report abuse

JEANNE, REVIEWER
5.0 out of 5 stars Steamy Paranormal Romance
Reviewed in the United States on August 17, 2020
Verified Purchase
Plagued by secrets and fears, this roller coaster ride action packed love story kept me glued to my e-reader deep into the night. I've got to read the first three installments in this series and can't wait for Savage Exile to be released! A definite must read if you love sexy alpha males and beautiful brave heroines!
Read more
Helpful
Report abuse

Kindle Customer CT
5.0 out of 5 stars Seth and Lilah
Reviewed in the United States on August 12, 2020
Verified Purchase
What an interesting novel. Seth has a unique situation and Lilah seems like just the woman for the job but does she want it? This novel is the fourth book in the series but can be read as a standalone. The Crowley Pride is one of A kind! A very smart and good edition to the series.
Read more
Helpful
Report abuse

hip.diva.chick
5.0 out of 5 stars Trust
Reviewed in the United States on June 21, 2021
Verified Purchase
Great story about a shifter who decided to win his mate's heart,even though she had been betrayed in the worst way. It was cool watching the progression.
Read more
Helpful
Report abuse

Tena Barnes
5.0 out of 5 stars Another good book
Reviewed in the United States on September 27, 2021
Verified Purchase
This story made you feel sorry for her. But she is a strong woman. And she need a strong and protective mate.
Read more
Helpful
Report abuse

Moose Girl
5.0 out of 5 stars Loved it
Reviewed in the United Kingdom on June 13, 2021
Verified Purchase
Seth is Dash's half-brother. Newly a member of the Crowley pride, he is hiding a secret. He can't shift into his lion form. Lilah has had problems with shifters in the past and now other shifters want her dead. Her sexy bodyguard insists he's not a shifter, but Lilah can tell something is different about him.

I enjoyed this book. I love the relationship between Seth and Dash, and also the rest of the pride. There was plenty of drama as well as steam.
Read more
Report abuse

Jayneisere
5.0 out of 5 stars Savage craving
Reviewed in the United Kingdom on May 18, 2021
Verified Purchase
Loved the story the characters are amazing and the storyline kept me reading until the end of the book twists and turns came out of nowhere I can't wait to read the next one
Read more
Report abuse

Kindle Customer
5.0 out of 5 stars Savage craving
Reviewed in the United Kingdom on November 24, 2020
Verified Purchase
Couldn't put it down loved the storyline and the characters so it's a well deserved five stars and I would recommend this book to everyone
Read more
Report abuse
See all reviews