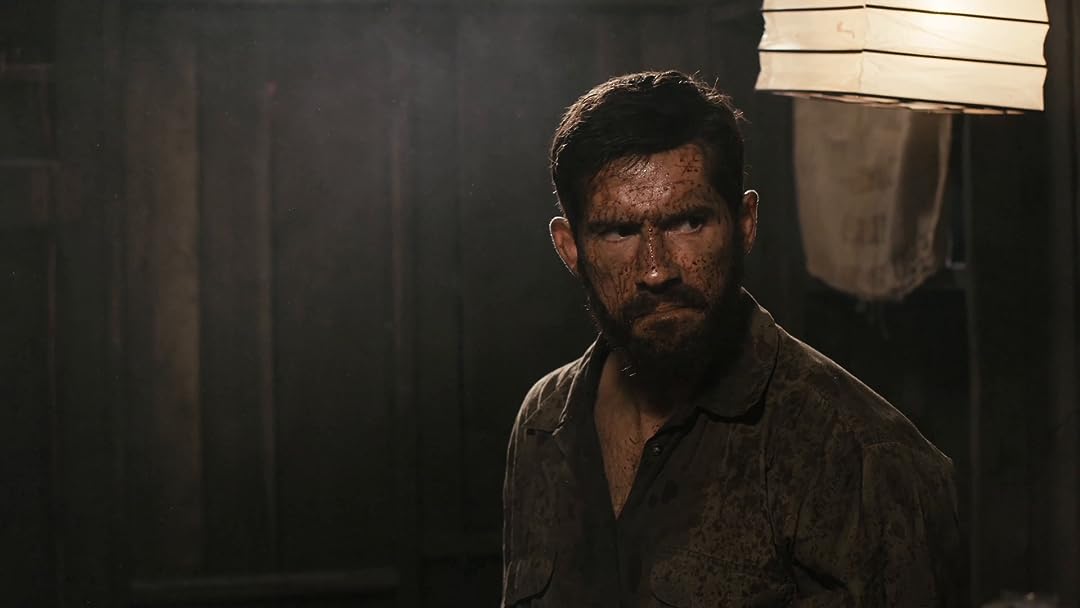 FunctionalReviewed in the United States on April 19, 2021
5.0 out of 5 stars
One of Scott's Better Movies
Verified purchase
The thing about Mr. Adkins is that when he appears in a big-budget film his character usually dies within the first 10 minutes of the movie, and many of the movies where he is the main role are generally of the low-budget variety which are frozen cheeseburger grade amusement for action movies.

This particular movie is a typical tale of revenge but it is well-done. It has basic elements that most action movies lack - in particular, developed characters that are not just generic caricatures lifted from an action movie template. The location is unique and not some roadside ditch in commiefornia pretending to be another country, and the action scenes are well done without treading into the realm of bullshito. This movie omits the nonsensical and much-overused "hero's journey" meme that plagues very many movies... so overall, if you enjoy Adkins' movies or not this is a solid action film and you will enjoy it.

ScottReviewed in the United States on November 8, 2020
3.0 out of 5 stars
It could have been a great film, but the story line? Just meh. Not into nihilism.
Verified purchase
Pretty much what the title says. Some great acting, some over acting, but that can be OK. Nice production, Indochina location (wherever they actually filmed it). I guess it has some great hand-to-hand fight scenes, if that's what you're into. Everything else with a gun, was a complete joke.

In the end, however, the story was meaningless, straight nihilism pretending to be some great legend.

Falls short. Wish I hadn't wasted the time on it, but again, the movie wasn't all bad.

Russell SReviewed in the United States on January 13, 2018
4.0 out of 5 stars
Scott Adkins is one really underrated action star.
Verified purchase
Full disclosure, I love and adore Scott Adkins! I enjoy every one of his movies. In this one he is a prisoner in 1959 in Indochina and the German warden running the prison runs a side business of having Scott fight in a type of cage match with all comers. He is very successful and eventually he has to be let go and then, well, he has no where to go because he has no passport and he meets a lovely young lady and well you can figure out what will happen. Love the fight scenes and I really love the action. Especially when he has to track down all of the members of the Prison camps leaders. and he does this with a true vengeance.
7 people found this helpful

T SmithReviewed in the United States on November 20, 2021
5.0 out of 5 stars
True to the Genre, Good Characters, Sufficient Twists, Filmwork!
Verified purchase
Yes it's a fight movie. If you don't like struggle, well...the hero is a very classical character - he takes a lot of lumps on his way to a moral conversion. But does he reach it?

I enjoyed the acting, and the plot. It might have been a bit more matured with -some- more extended transitions, but the flow is still excellent. Cung Le, in a supporting role, alright.

Special shout out to the fight choreography. Adkins dancing with mid-air connections, and making his flight +1. Then we look at the cinematography - great, with great lighting, photgraphic in quality. This worked on the little screen, bet it's even better on the big screen. Hey y'all, don't get swelled heads! Work harder, edit tight; waiting for the sequel, see if things chsnge (they never do!)

jkReviewed in the United States on November 19, 2020
1.0 out of 5 stars
Kung-Fu Nonsense.
Verified purchase
No plot but lot's of pointless murder and mayhem. (SPOILER ALERT) There is also a guy who puts a swastika pin on the lapel of his suit coat at the end of the movie so I guess he was a Nazi. I didn't know they had Nazis in Vietnam; I thought they were in Germany and the Communists were in in Vietnam. Oh well, you learn something every day.
2 people found this helpful

C. GarciaReviewed in the United States on October 18, 2020
5.0 out of 5 stars
Another Great Scott Adkins action flic
Verified purchase
The story is interesting, set in the time between the flight of the French from Indochina and the arrival of American troops, this is a lawless time. And Adkins plays his role as the tough guy on the run very well. There are some nice plot twists, but overall pretty predictable. But this is a martial arts flic. Don't overthink it. Just enjoy the ride.
2 people found this helpful

krayzrickReviewed in the United States on September 28, 2020
4.0 out of 5 stars
Something to get lost in...
Verified purchase
For those of you who don't spoil everything you watch
by cutting up the plot, acting, directing, etc.
A fun little movie that was well worth the time spent.
One person found this helpful
TakReviewed in the United States on January 13, 2019
1.0 out of 5 stars
Not DVD, some type of DVD-R
Verified purchase
What I could watch was great. Disc starts freezing/seizing at about 75 minutes in. Could not watch last 15 minutes. Great flick, bad product. Being sold as s DVD, when in fact it's a DVD-R. Will add photos when I have time.
One person found this helpful
See all reviews
Back to top
Get to Know Us
Make Money with Us
Amazon Payment Products
Let Us Help You
EnglishChoose a language for shopping. United StatesChoose a country/region for shopping.
© 1996-2021, Amazon.com, Inc. or its affiliates