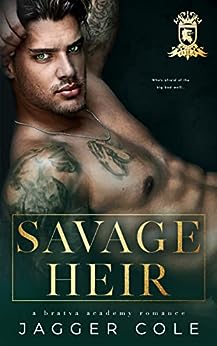 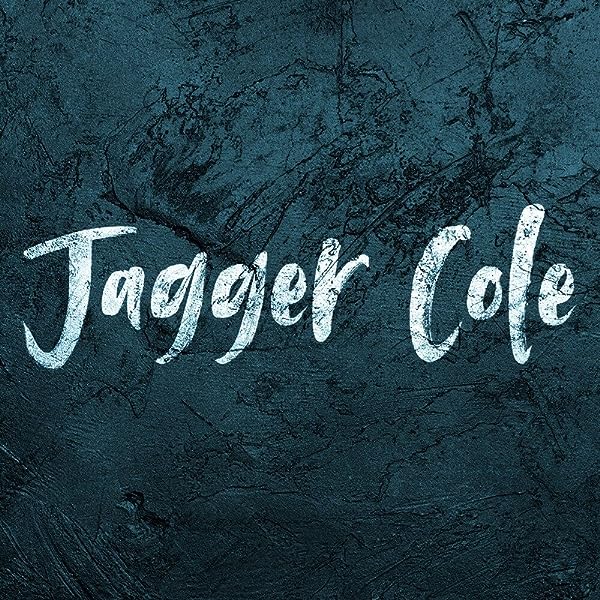 To know Ilya Volkov is to fear him. To defy him, lethal.

They call him The Wolf—ruthless heir to the most brutal crime family in the world. A tattooed, green-eyed devil. A seductive psychopath who trades in mind-games and leaves a path of destruction in his wake.

Except, I didn’t get that memo. I spit in the dark prince’s face.

Now, he wants to break me.

My plan involves a prestigious university, law school, and a golden future.

Ilya’s involves grinding me under his heel until I bend to his will. The harder I fight him, the deeper his claws sink.

The more I tell myself I hate him, the harder it is to resist him.

There’s a wolf howling at my door; huffing, puffing, and ready to blow my entire world down.

And pretty soon, he might just devour me whole.

This standalone, extra angsty Bratva academy romance is guaranteed to leave your kindle steaming. Step into the viper’s nest of Oxford Hills Academy and meet the Savage Heirs of Bratva kings and oligarchs.

Absolutely no cheating, no cliffhanger, and a happy ever after.

A reader first and foremost, Jagger Cole cut his romance writing teeth penning various fan-fiction stories years ago. After deciding to hang up his writing boots, Jagger worked in advertising pretending to be Don Draper. It worked enough to convince a woman way out of his league to marry him, though, which is a total win.

Now, Dad to two little princesses and King to a Queen, Jagger is thrilled to be back at the keyboard.

When not writing or reading romance books, he can be found woodworking, enjoying good whiskey, and grilling outside—rain or shine.

You can find all of his books at www.jaggercolewrites.com

Amazon Customer
3.0 out of 5 stars Good storyline! Loved the wolf and little red references!
Reviewed in the United States on November 10, 2021
Savage Heir takes place in the UK at a boarding school for the families of the most elite. It's a bully romance/enemies to lovers. Tenley is the daughter of a politician who may soon be running for Vice President of the United States. Ilya is part of a mafia family. Tenley agrees to be in a fake relationship with her father's potential running mate's son. She has a plan for her future that would one day make her U.S. supreme court judge. Tenley meets Ilya when she has been signed up to tutor him. There was a little misunderstanding and she ends up throwing a drink in Ilya's face and Ilya becomes intrigued with Tenley. He's not sure if he should be angry or turned on by her defiance. Most girls either stay clear of him or worship him, so Tenley brings something different to the table. It was a good story but I found a hard time really getting into the book. I would give it 3 stars.
Images in this review

Amazon Customer
3.0 out of 5 stars Ugghhh
Reviewed in the United States on September 3, 2021
Verified Purchase
I got annoyed after a while and just started to skim the book. Very repetitive.
h annoyed me with her childish denial. She Does something intimate with H, then says she's never doing it again...more than once btw or she blames him and proceeded to tell him she has a bf, a fake bf who she can't stand, she doesn't like him at all. But constantly throws it in H face lol. I didn't understand that. It just got annoying. The games wasn't cute, they were childish and annoying. This book could've had the same out with less pages because it was repetetive.

Jamie West
5.0 out of 5 stars Red and Her Wolf
Reviewed in the United States on September 1, 2021
Verified Purchase
Wow! There are not enough words to describe how much I love this book! It’s soooooooo good!! It’s a battle of wills in this dark Bratva bully instalove story with Little Red Riding Hood vibes! Tenley is nothing like the other women in Ilya’s life. She’s defiant and will not bend for him. He’s the forbidden fruit in her normal and well planned life. They clash at every turn but it’s a fiery passion that burns into a love that is so all consuming! I cannot wait for more from Jagger Cole!!
Read more
6 people found this helpful
Helpful
Report abuse

Book__Nerd
2.0 out of 5 stars The Second Book is Better
Reviewed in the United States on October 30, 2021
Verified Purchase
This was a sloooow plot that took almost 3/4 of the way in before it picks up pace. In the meantime, there is whiplash going on because of the h and her annoying tendency to run hot and cold, making the story drag on and on to the point of boredom. By the time it finally picks up, it seems rushed and switches to insta love leaving this reader scratching my head as to what the author was thinking. I am really hopeful for Lukas’ story only because the second in this trilogy was pretty decent. Skip this one as it is too problematic and may dissuade you from reading the second!
Read more
8 people found this helpful
Helpful
Report abuse

TN Mama Bear
5.0 out of 5 stars On the edge
Reviewed in the United States on February 16, 2022
Verified Purchase
I loved this book. I was on edge and holding my breath at times. I had to remind myself to breath. I had to put the book down for a couple of days to gather myself. Jagger tells a great intense story. OMG the sexy plane part, yeah, I’m still sweating and fanning myself. I had a feeling about Patrick. On to the next OHA book.
Read more
Helpful
Report abuse

Shaskya Hicks
5.0 out of 5 stars Damn!!!!
Reviewed in the United States on September 12, 2021
Verified Purchase
Never read a high school bully romance but damn if this isn’t hot as hell.... once again couldn’t put it down....

The nephew oh Yuri follows his uncles lead and takes what he wants even if it’s forbidden. She’s like an American sweetheart with a steel resolve. But when they collide the sparks fly and the explosion happens.
Read more
Helpful
Report abuse

Amanda T.
5.0 out of 5 stars super sexy and lots of grit
Reviewed in the United States on May 22, 2022
Verified Purchase
I absolutely loved Tenley! She was a strong heroine and she had grit and determination. Ilya was an awesome alpha male with depth and scars but he came through and found his HEA. Loved the story and can’t wait to read the next one in the series!
Read more
Helpful
Report abuse

Jaclyn
5.0 out of 5 stars Another Knockout for JC!
Reviewed in the United States on December 23, 2021
Verified Purchase
Holy awesome reading!!! I love Jagger’s work - and I think this one is by far my favorite! Ilya is every bit The Wolf, and Tenley his Red Riding Hood. The dance that these two do around each other is scintillating, I could not put this book down. 5 stars (I’d give a million if I could) and 2 thumbs way, way up!
Read more
Helpful
Report abuse

Avid Reader OR
5.0 out of 5 stars Mind Games
Reviewed in the United States on December 24, 2021
Verified Purchase
When Tablet is assigned to tutor Bratva heir Ilya she gets more that she bargained for, she gets the big bad wolf but she won't put up with his mind games which just makes him chase her harder. Loved this dirty tale, there is so.much intrigue you can't stop reading.
Read more
Helpful
Report abuse
See all reviews

Gill Trewick
5.0 out of 5 stars Another fantastic read
Reviewed in the United Kingdom on September 26, 2021
Verified Purchase
I was concerned about the younger age group of this series, but I shouldn’t have. It’s irrelevant, the story and romance are ageless and excellent for any reader. Though perhaps not under 18! Visits from characters of earlier books pop in here and there, and Jagger Cole introduces a new and exciting cast for this series. Highly recommended
Read more
One person found this helpful
Report abuse

Evelyn 194
5.0 out of 5 stars Great book
Reviewed in the United Kingdom on May 27, 2022
Verified Purchase
Wow it was a really unexpected read, but in a good way! Well written romance with a Mafia twist. Enjoyable, exiting, gripping story filled with desire, lust, danger, friendship, possessiveness and a lot of heat! Couldn't put this book down and can't wait to read another part.
Read more
Report abuse

Kindle Customer
5.0 out of 5 stars Fab! Fab! Fab!
Reviewed in the United Kingdom on October 6, 2021
Verified Purchase
I loved this love/hate hot story about a prestigious college for the rich and famous. She is supposed to be tutoring the resident and not but can't help falling for him. She has a fake boyfriend as their fathers are high flyers in American politics, but does he really want a fake relationship. Will blackmail work?
Read more
Report abuse

Kindle Customer
5.0 out of 5 stars A feisty heroine
Reviewed in the United Kingdom on May 16, 2022
Verified Purchase
I thoroughly enjoyed this book, a strong alpha and feisty heroine make a fabulous couple. It didn't have elements of bullying which was brilliant, the plot was quite entertaining.
An easy 5 stars from me.
Read more
Report abuse

joanne burt
5.0 out of 5 stars good read
Reviewed in the United Kingdom on February 18, 2022
Verified Purchase
This is the 2nd book I have read by this author and I really enjoyed it. It is well written love hate romance with twists turned hot alphas strong women and a HEA
Read more
Report abuse
See all reviews