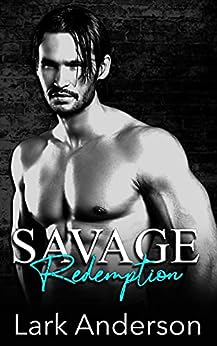 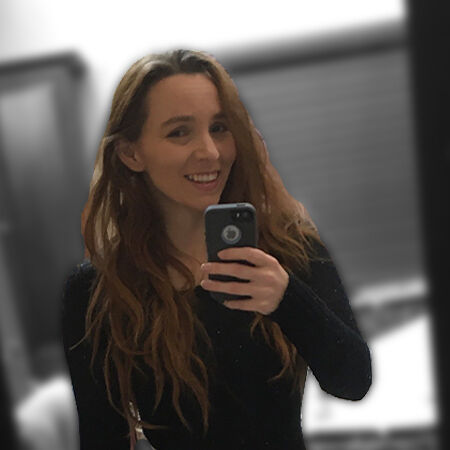 For my friends, a bad breakup means a trip to the ice cream aisle, but for me, it’s a slide from A-list actress to QVC.

But I can fix this! All I have to do is fake date my brother’s bad boy best friend for a PR boost. Or rather, ex-best friend. I’m not the only one with bad breakups!

Sexy troublemaker Kade Savage has a reputation that lives up to his name. Once upon a time, he was my girlhood crush, until a terrible mistake cast him out of my life. I swore never to forgive him, but fate had other plans.

Seeking redemption, he agrees to the charade, and shenanigans ensue. I tell myself it’s just a job, but this man makes my heart race faster than any marathon could, and apparently, the feelings are mutual.

My team thinks it’s fake, and I’m scared to find out what my brother will do if he learns the truth.

SPOILER ALERT: He does!!!

Is it possible I’ve found love with America’s newest bad boy? Or was he just really good at following the script?

Savage Redemption is a romantic comedy with a HEA and no cliffhanger.

Lark Anderson is a USA Today bestselling author and a self-proclaimed nit-picking nerd. She has over a dozen hilarious contemporary romance novels out and is excited to explore writing shifter romances.

In her free time, she enjoys hanging out with her family, playing Magic: The Gathering, reading, and binge-watching television.

Pamela R Mitchell
5.0 out of 5 stars Incredible fake relationship romance
Reviewed in the United States 🇺🇸 on November 9, 2021
Verified Purchase
As soon as I started reading Savage Redemption I was drawn right into the middle of all that was happening and couldn't put the book down until I read the last word with characters you feel like you know and root for and a great story that had all the feels. I loved the undeniable chemistry between American sweetheart actress Nova Ellis and Kade Savage, a boy from her past who she needs to pretend to be her bad boy boyfriend to boost her career. If you enjoy beautifully written contemporary romance, don't miss this great read. I received an advance reader copy of this book from Book Sirens and am voluntarily leaving my review.
Read more
Helpful
Report abuse

Dee
5.0 out of 5 stars Great story
Reviewed in the United States 🇺🇸 on October 15, 2021
Verified Purchase
An enjoyable story with a wonderfully captivating storyline. I loved the drama surrounding the characters which I thought was well written and very entertaining. I also thought the author did a wonderful job of making the characters feel realistic and believable yet also larger than life. I requested a copy of this book and am voluntarily writing a review.
Read more
Helpful
Report abuse

SEXY ROMANCE READS
4.0 out of 5 stars Redemption!
Reviewed in the United States 🇺🇸 on February 16, 2022
MY REVIEW

I could not put this book down it was captivating from the moment I started reading it until I finished it.

Nova's a big time actress and has been for sometime now. She needs to change up her image, she can't look like the worlds most desperate woman and get work in Hollywood.

Kade is still living in his hometown, because of some of the choices he's made. His career isn't going well and he's struggling financially.

“With my baggage, women never stick around long. After trying for too long to find the right one, I gave up looking for and started taking home randoms from bars. Women I would never use the Savage Special on.”
“What do you give them? The Savage Discount Value Meal?”

When he gets the chance to be Nova's fake boyfriend, he's at his wits end and has no choice, so he takes the job. Maybe this will finally turn his life around.

Nova and Kade knew each other when they were kids and then were separated for a long time, so when it they get back together they're two very grown up people.

There is instant chemistry between the two and it's undeniable. I loved the way that they got to know each other and had real conversations.

Kade is such a sweetheart, he's kind and funny and takes Nova out of herself for a bit and everyone can see how much happier she is.

Nova is like a balm for Kade, he's been through a lot and has had a tough time. He's finally able to open up and be himself around Nova.

These two were perfect for each other and I just wanted to keep reading about their interactions with one another.

“I too have a hair and makeup person. His name is Austin, and he’s transformed me from a bonafide bad boy to a highly processed, artificially flavored, high fructose corn syrup bad boy.”

I also loved the bits of comedy in the book.

Definitely! This was an awesome book. The characters and their development was great!

I felt like I really got to know them and understand them too. I love how Nova and Kade fit together.

And I like that the Heroine was a badass in her own rights, she was trying to control her narrative and working towards what she really wanted.

Cheyenne
4.0 out of 5 stars That Redemption!
Reviewed in the United States 🇺🇸 on April 6, 2022
I received an advance review copy for free, and I am leaving this review voluntarily.

This was a Great Brother's Ex-Best Friend to lovers book. Nova is an A-list Movie star that has been so unlucky in love, While Kade is a Sexy "Bad Boy" that is struggling to make ends meet, The banter between these to characters is amazing from a contracted coupling to revealing the past feelings and drama this book had me on the edge of my seat. amazing book to read!
Read more
Helpful
Report abuse

LF
5.0 out of 5 stars He might be savage but can he find redemption with her love
Reviewed in the United States 🇺🇸 on June 12, 2022
Savage Redemption is the fourth book in the Savage in Love series and this book grabbed me immediately and kept me reading until I was done. The story-line is filled with drama, feels, and a lot of sparking chemistry that explodes off the pages. The characters are well written and have a great fake relationship which becomes harder and harder to keep up....and not turn into the real thing even as they fight it and each other.

I received a copy of this book and am leaving my honest review. My opinions are all my own.
Read more
Helpful
Report abuse

sissyj59
5.0 out of 5 stars Redemption
Reviewed in the United States 🇺🇸 on April 29, 2022
This is a well written fake relationship story that starts out one way and truly ends another. I feel that this is a good read that is best if you read it to get the full experience. I think it is a good read and definitely worth it and hope that you enjoy it as much as I did! I Loved It!!! No Spoilers!
I received an ARC from BookSirens and I am Leaving this Totally Honest Review because I Choose to and Loved this Story!!!
Read more
Helpful
Report abuse

Wendy Brunell
VINE VOICE
4.0 out of 5 stars Fake Date to Real Romance
Reviewed in the United States 🇺🇸 on November 4, 2021
Nova Ellis is an A-list actress in Hollywood, but she just can't seem to find her happily ever after. In fact, she's viewed as boring, so much so that she has to sign contracts for men to date. Her PR team, which includes her brother, Andy, come up with the idea for her to fake date a man from her past, Kade Savage. There's alot of backstory involving Kade and Andy, but Nova has had a crush on her brother's friend for a long time. Their chemistry is combustible and they are hot together. But when long hidden truths come out, will love win out or is it all just acting?