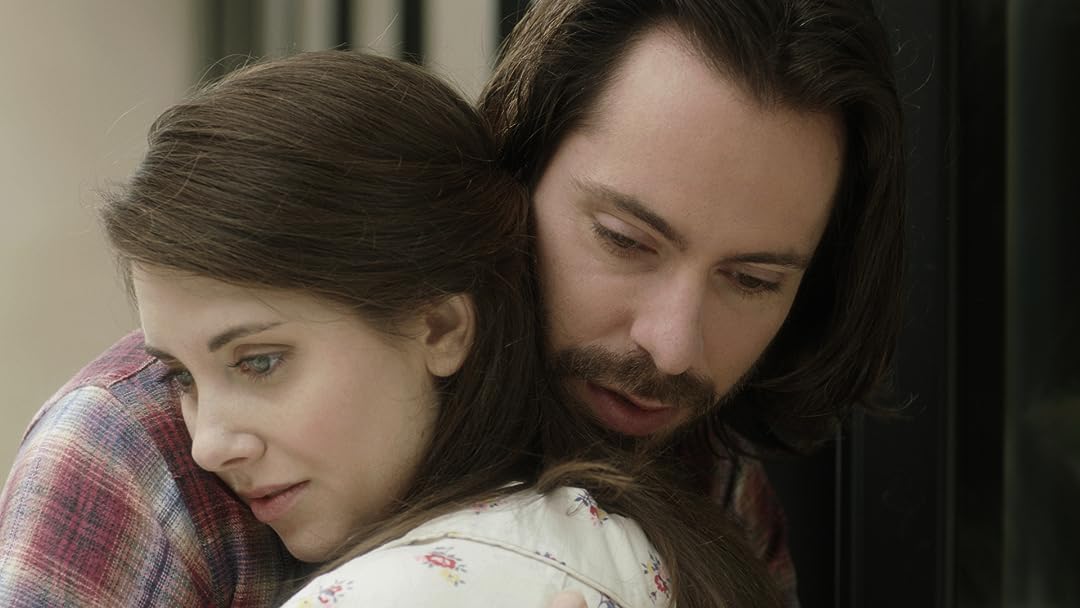 (121)
5.71 h 36 min2012X-Ray18+
A fiercely independent woman ('Masters Of Sex' star Lizzy Caplan) is forced to examine her fear of commitment after breaking up with an overeager boyfriend and finding herself caught up in a rebound romance.

RMurray847Reviewed in the United States on December 1, 2020
3.0 out of 5 stars
Really only for Lizzy Caplan or Alison Brie completists
Verified purchase
SAVE THE DATE just doesn't quite work. I didn't actively dislike the movie, but when it was all over, it just sort of sat there without leaving any kind of impression to speak of.

The main character is played by Lizzy Caplan, and right there you know you'll have something interesting. While not the greatest actress of all time by a mile, she brings a certain energy and commitment to her performances that makes even a throwaway character (like the one in CLOVERFIELD) somehow the most interesting person in the film. She's a bookstore manager who is also seemingly on the cusp of breaking out as a visual artist (her first show is coming up). She dating the lead singer of a popular regional rock band, and they're moving in together. In the background, her sister (Alison Brie) is engaged to the guitarist in the same band (Martin Starr, giving a performance quite a long way off from his work in stuff like SILICON VALLEY...I mean that in a good way, he's showing some range here.) But Caplan doubts this is the relationship for her, and things unravel early on (and somewhat spectacularly too).

Caplan and her boyfriend are left somewhat adrift. The boyfriend pines, hopes for a reunion even though he's seething with anger, etc. Caplan professes to be happy, but it's clear she isn't. And her sister is oddly resentful of Caplan choosing this time to distract from her own upcoming nuptials. The relationship of the two is very much strained. They know each other better than anyone else knows them...and they love each other but don't always like what they see in the other.

Anyway, this makes it sound like SAVE THE DATE is a pretty heavy drama. It's not. But it's also not light-footed or light-hearted enough to be a full on "rom com." It falls in between and this is the most unfortunate thing. It's not funny enough to be a memorable comedy. It doesn't dig deep enough to be a really meaningful drama. And Caplan's character is difficult to like. She hems and haws and never REALLY seems to understand that her actions have consequences on the happiness or lack thereof of the people closest to her. Brie comes off as a bit shrewish and one-dimensional, and is thus also a little difficult to like.

Yes, real life is a bit messy and sloppy. We aren't always likeable and we often aren't our best selves. But for a movie, we should at least CARE about how things turn out for many of the characters. We're asked to invest in these folks for a couple of hours, and the best films make it easy. This film makes it hard. I rooted (to some extent) for Caplan, but mostly because of how much I liked her in, oh, MASTERS OF SEX or PARTY DOWN or even TRUE BLOOD or CASTLE ROCK. It's possible that Caplan fell short as an actor in this film, but I think the writing and direction were the true issues. The directing was uninspired, at best. It didn't even do a good job really establishing a sense of place (at the end, my wife asked me, "where did that movie take place?" and I had to really think about it.) The writing was ambitious, I would say, but is having a couple "meet cute" in a bookstore really something we can accept anymore? That felt so terribly lazy.

So, while I didn't feel I had truly wasted my time watching this, and while I was reasonably diverted...you can certainly find many better rom-coms or rom-dramas out there that will serve you even better.

neaReviewed in the United States on May 10, 2021
2.0 out of 5 stars
The end was not an ending.
Verified purchase
I don't know anyone else felt but for me that ending was totally without closure. I about got mad I was so disputed with the way they ended it. What were they thinking? Most of the movie lacked much depth, I felt like we were watching the mental process of a 14 year old. Most of the movie really wasn't all that engaging and if he was a musician someone should have written him a couple decent songs. She as an artist left something to be desired also, but the meat of the show would have been for her to grow and she didn't. Johnathan was a real catch, a good guy and responsible hard to believe he would have fallen for someone so juvenile and shallow. I expected it to at least end, with something, but no they decided to just save money I guess. Someone probably is patting themself on the back for their ever so cute ending, but save your expressions of glee because I think you are a cheering section of one. Yourself.

coastgrlReviewed in the United States on May 5, 2021
2.0 out of 5 stars
lost potential
Verified purchase
Such a great cast, heartfelt acting, but all of the indie tropes and cliches to an almost comical degree (bookstores, pen art, guys with hipster haircuts, guys in band, uptight sister, abortion clinic drama.. shall I go on?). I was into this for the first hour. By the last 30 mins, I actively began to dislike almost all of the characters and moreover feel emotionally exhausted by these people. The ending was the most lame cop-out I've ever seen in a picture with some big names. This film could have benefited from some serious edits and some willingness to provide decent closure.

meReviewed in the United States on May 15, 2020
2.0 out of 5 stars
That was put together poorly
Verified purchase
There was no acting. Dermot Mulroney's first time directing? I like him in most things, but this cast was just playing at their characters. I didn't believe any of them. The whole thing very cluttered and contrived. Way too much going on that didn't knit together well at all. Unpleasant to watch. I barely made it through. Was too tired to get up and find something else. No surprises, all very predictable

JulesReviewed in the United States on December 18, 2020
2.0 out of 5 stars
Unlikable characters. Predictable
Verified purchase
Kind of interesting yet predictable. Also they cast two of the most unlikable actresses to star... ugh. I didn’t like any of the characters except for Martin Starr’s. Pass.

Critical MassReviewed in the United States on March 28, 2015
2.0 out of 5 stars
DON'T BOTHER
Verified purchase
This movie is nothing more than a merry-go-round of conflicting emotions, questionable love, changing partners, and infantile behavior. By the way they act and talk, it is almost impossible not to believe that most of the characters are just barely out of puberty. A constant sense of insecurity and hesitancy overrides whatever message this film was intending to deliver; and the activity that the viewer is privy to almost makes one feel like a voyeur (e.g., the bathroom scene where our heroine is taking a shower while her boyfriend cum lover is busy urinating at the same time which then requires a speech professing undying love and a promise never to do it again - a scene that must have been rather difficult and/or uncomfortable since it was shown in the "outtakes" section). The title of this movie - "Save the Date" with the word "the" italicized must surely have been meant as a double entendre. They can keep both meanings.

ShushuReviewed in the United States on May 17, 2021
1.0 out of 5 stars
Very Bad
Verified purchase
Don’t waste your time

2510cheesecakeReviewed in the United States on April 27, 2018
4.0 out of 5 stars
I like this movie
Verified purchase
I like this movie, though it can be a bit uncomfortable at times to watch - uncomfortable in the sense that characters decisions can make you cringe. I thought the acting was good and the story was well told.
See all reviews
Back to top
Get to Know Us
Make Money with Us
Amazon Payment Products
Let Us Help You
EnglishChoose a language for shopping. United StatesChoose a country/region for shopping.
© 1996-2022, Amazon.com, Inc. or its affiliates