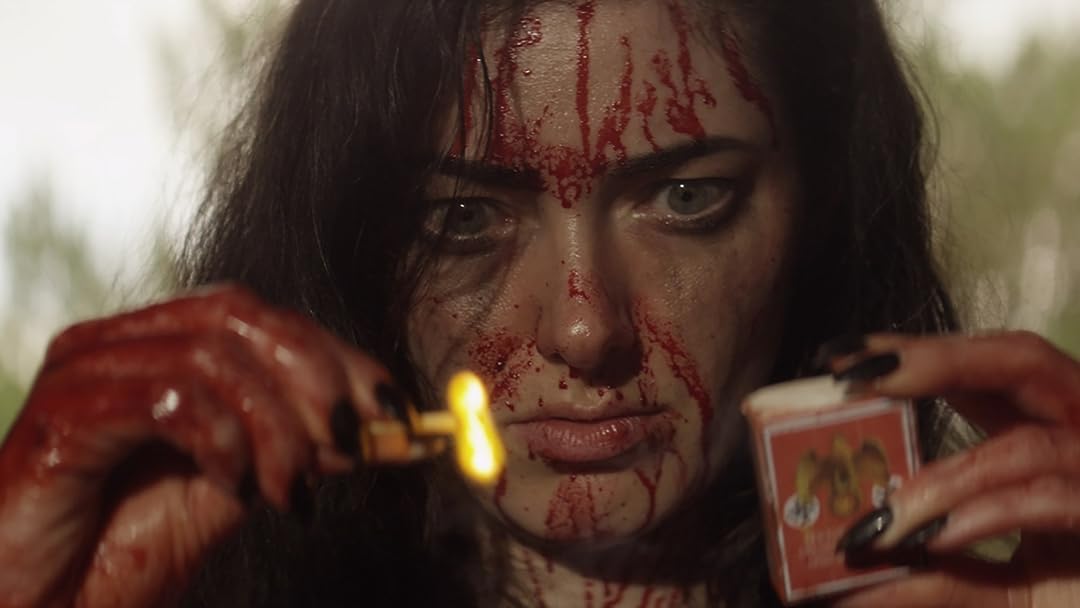 (20)1 h 28 min201513+
Five fiery women take their newly made horror film to screen in a sleepy town. Stuck in the middle of nowhere, things take a dark turn when one of the girls goes missing. When the search leads to the kidnapping and capture of the rest of the group, they soon realize they may never be heard from again - prisoners to a mysterious couple and unwitting subjects for their horrifying research.

Gregory M.Reviewed in the United States on April 26, 2021
3.0 out of 5 stars
Nothing will save a really poor script.
Verified purchase
This was set up to be something pretty interesting, but it ultimately just fell so flat because of underdeveloped characters, stupid character decisions, and bad writing.

First, the good stuff. The cinematography was well above average for films like this. There were some wonderful sweeping crane shots and camera movements that made it look like a real film. Also, the lighting was exceptional in much of the film. They used a really weird lens in some of the longer outdoor shots that wasn't a good choice, but other than that, I enjoyed the visual presentation. The sound for the most part was also pretty good. That's sometimes overlooked in low budget productions. And then the performances of Astrid and Heather were great. The rest of the girls I sorta just got tired of after 4 minutes. They were all one note and hollow. Production design was VERY good. Set design for the antagonists home was fantastic. Same goes with wardrobe for them. Wardrobe for the girls was just.... meh. One girl was wearing pantyhose (who does that anymore) because the script needed her to later. And for her to have them on at the time it was necessary was just dumb writing.

So then the bad. I was a bit surprised that this was written by men. With all female hero characters, I assumed it was going to be an empowerment movie that was also written by a woman. I have to wonder if it WAS written by a woman, if it would have been much better. The story has a glimpse of something interesting going on, but it was so barebones that it hardly made much sense and drove into some really huge plot holes.

Characters did colossally stupid things that landed them in the situation in the first place. And a character was introduced in the beginning that showed up later and it left me asking ... what?? HOW??? WHY??? Also, just because you turn on an old radio, it doesn't play old music. And in an area that doesn't have cell reception, I doubt there's much choice in 40's German revisionist stations to choose from. Even on AM.

The main protagonist, whom we don't know which one it is until the end, has motivation for her actions in the final minutes of the film, but it's not earned. It wasn't sold well enough for her to do what she did. Aside from the villains, she was the ONLY character who had any development at all, and it was pretty weak at that.

So. It's an average film, not bad enough for me to care about it, and not good enough for me to recommend. I was actually pretty bored through a lot of it. I was really hoping toward the end that something epic was going to happen and some plot twist would be revealed, but nope. A very flat ending, and pretty boring.

Also. I am SO sick of hearing exposition come at the end of a film to explain what should have been shown. They basically break the fourth wall with that in this film, trying to be clever, but the antagonist had exactly zero reason to explain anything to our final girl. It was solely for the audience to know what was going on because they weren't skilled enough at writing to do it otherwise.

So, 3 stars. I wouldn't bother with this one. Any potentially interesting idea they raised was underdeveloped and abandoned too soon.

Things that would have made this movie TONS better.
*Crystal, unsatisfied with making underperforming films, takes her cast and producer on a road trip where she sets them up to be kidnapped and plays out a real life situation ON PURPOSE where some of them get killed to gather material for her next film.
I honestly thought this was the plot since the main character was missing for nearly 30 minutes in the middle of the film. But I was disappointed to know that it was a mostly by the numbers weak version of Texas Chainsaw Massacre.

WALTReviewed in the United States on April 28, 2021
5.0 out of 5 stars
A GREAT, TERRIFYINGLY HORROR FILM
Verified purchase
NO SPOILERS. I AM NOT ONE TO USE EXAGGERATION, BUT I WAS ON THE EDGE OF MY SEAT A HALF HOUR AFTER THE FILM BEGAN. THIS IS AN ABSOLUTELY PHENOMENAL, HORRIC MOVIE THAT WILL TAKE YOUR BREATH AWAY. A GROUP OF FIVE YOUNG
WOMEN, AN ACTOR, A DIRECTOR, A SCRIPTWRITER AND TWO OTHERS ARE PROMOTING A FRIGHT FILM. THEIR NEXT STOP IS LOS ANGELES, BUT THE CAR BREAKS DOWN AND THEY SEEK HELP IN THE WRONG HOUSE. WHAT OCCURS IS FOR ADULTS ONLY, AND
IS UNLIKE AND MORE SCARY THAN ANY OTHER FILM IN MEMORY. WITH A FABULOUS TWIST ENDING, DO NOT MISS THIS ONE.
IT IS A THRILLER. GET YOUR POPCORN READY.

Belial1134Reviewed in the United States on January 30, 2019
1.0 out of 5 stars
Save Yourself - Avoid it
Verified purchase
So generic and not captivating whatsoever.
4 people found this helpful

MsMoniHReviewed in the United States on May 9, 2021
1.0 out of 5 stars
Poorly written, acted, not worth it.
Verified purchase
My title said it all. It is a poorly written movie. The actors need more training. I didn't even make it past the first 15 minutes. Time I will never get back.

Amazon CustomerReviewed in the United States on April 8, 2021
4.0 out of 5 stars
It was better than expected!
Verified purchase
I read the negative reviews but thought I'd still give it a try. I ended up really liking it for low budget horror and psychological thriller.

Amazon CustomerReviewed in the United States on July 22, 2018
5.0 out of 5 stars
A PLOT TO THE STORY WAS GREAT
Verified purchase
it was scary, intense, even grotesque during parts; but one thing for certain if you're anyone who loves suspense, thriller, or horror type movies; it definitely kept your interest peaked.
One person found this helpful
See all reviews
Back to top
Get to Know Us
Make Money with Us
Amazon Payment Products
Let Us Help You
EnglishChoose a language for shopping. United StatesChoose a country/region for shopping.
© 1996-2021, Amazon.com, Inc. or its affiliates