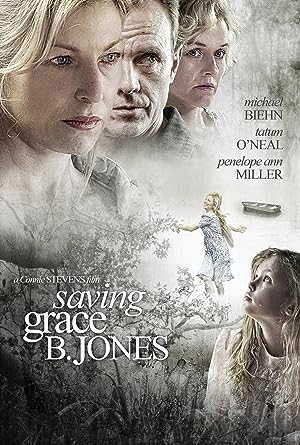 (152)5.31 h 55 min2012X-RayR
In a 1950s-era Missouri town, the life of a couple is thrown into chaos when the husband's sister is released from the local asylum and comes to live with the family.

HayMickVikingReviewed in the United States on November 26, 2019
5.0 out of 5 stars
Devastating, unique, wrenching, O'Neal & Biehn shine!
Verified purchase
This is a beautifully rendered portrait of a family's dark and tragic journey over one summer in 1950s Missouri, one of the most unique films I've seen in decades. I'm a retired nurse, and two of my relatives were in motor vehicle accidents in which they sustained frontal lobe brain injuries. Behavioural changes in many individuals are so extreme that their families can no longer recognise their loved one. It's comparable to Alzheimer's and/or death. A man on a talk show had been in an accident, and when he emerged from his coma, he no longer loved his wife and children. He simply wasn't the person he once was. Florida serial killer Bobby Joe Long said in an interview that after a devastating accident that left him with frontal lobe brain trauma, his impulse control, violent temperament and sex addiction increased a thousand fold. Let me be clear. I haven't been given info that every person who gets hit hard on the forehead is going to go insane, but when Grace Bretthorst Jones was hit by a truck crossing a highway on her wedding day, something so tragic happened that only the most seasoned experts in neuroscience and psychiatry could say what would be best for her. This was the 50s though, and they were still learning, and small town, middle America didn't know that a ticking time bomb had just come home. Landy meant no harm. He thought he was saving his sister. What went on in the asylum that caused Scott Wilson to question Landy's decision? Grace had been pleading with Landy to come get her, and he didn't fully comprehend what he was taking her away from. Still, he caved, and went to bring her home. To anyone who thinks this is a light hearted Christian family flick, you are so far off the mark. I thought that was what I'd see. Instead, this movie punched me in my gob. It's a suspence thriller, not a Hitchcock horror or a whodunnit, but a heart wrenching, rain drenching race against a devastating flood that threatens hundreds of lives, and the sudden realisation that Grace is not okay, and the harrowing race against time to protect Landy's family from someone he thought he knew, and saved.
9 people found this helpful

Lori MReviewed in the United States on September 14, 2017
5.0 out of 5 stars
Three Cheers for Tatum O'Neal and Connie Stevens!
Verified purchase
I haven't really loved any new movies I've seen in a long time. This one was excellent...both the story line and the casting. Tatum O'Neal...I wish we'd see more of her. She is a force to be reckoned with! I have always loved her since I was a kid...we are three months apart. Always thought it was so sad she had the drug issues. I think she would have been HUGE during the 80's and 90's, but meh...can you imagine growing up with Ryan O'Neal as your father? What a nightmare! That said, I had no idea this was Connie Stevens' true story! That makes it even BETTER! Like her too, and very impressed this is her director debut at the ripe old age of 70! WOW! Excellent supporting cast. I thought this was such an interesting, sad story. So sad for Grace who lost all those years through no fault of her own. And so sad for the ending. But I am keeping my fingers crossed we see more from both Tatum and Ms. Stevens. This movie packs a lot of punch and if it's any indication, I know more good things will come for them both.
6 people found this helpful

Linda DavisReviewed in the United States on September 6, 2017
5.0 out of 5 stars
Connie Stevens' true story....with some liberties taken in producing the movie
Verified purchase
I enjoyed the movie even more after learning that this was Connie Stevens' true story....with some liberties taken in producing the movie. Having some experience as a nurse in a state mental hospital, I understood the brother's position in wanting to help his sister. Grace was not mentally ill from a diagnosis of schizophrenia or Bi-poplar but she had a severe brain injury from being hit be a truck on her wedding day. It truly was a sad situation that got sadder and sadder. The acting was good especially those little girls, and the songs, clothes and cars were true to the time period. I smile when the cobbler was part of the "funeral food"...as it is called in the South since usually it is a pound cake, fried chicken and potato salad.
6 people found this helpful

LanceshieldReviewed in the United States on February 20, 2015
5.0 out of 5 stars
One of a kind story!!! Highly recommend!!
Verified purchase
I loved the dramatization of real life events. This was not a docu-drama, this was a real movie story, based on real events 60 years ago. Since it was 1950 in rural Missouri, the music, the colloquial phrases, the extra-friendliness (very much like Southern Hospitality) are all appropriate and not your typical background of contemporary movies. As the movie is about a Grace B. Jones (you'll understand the B. in her name after watch the movie) who is in and out of sanity, the story is not going to be upbeat, but this is balanced with the other circumstances and things going on in the movie which are upbeat at times.

The movie is real to life, I felt.

The acting and actors are excellent!

And, the Connie Stevens of film and music is the little girl who spent the summer there, away from the Bronx! This is her actual memory of that summer, and the people she established friendships with that she maintained after!! Some minor literary license, but in the end Connie narrates an epilogue that certifies the events!!!

Bobbie RussellReviewed in the United States on December 16, 2012
4.0 out of 5 stars
Excellent performances, difficult to watch.
Verified purchase
Make no mistake, this ia a dark movie, and a gothic true-life horror story. I saw a trailer which praised the performances, and I would very much agree. If you are thinking of Connie Stevns as the ultra cute 60's icon, and Tatum O'Neal from her early roles, you are in for a shock. Connie Stevens does not appear except in voice over, but it is based on true events from her life. Set and shot in Boonville, MO in the 1950's, it tells the tale of a small town woman whose brother brings her home from a huge mental asylum after nearly 20 years. There is also a relentless flood of the Missouri River at the time. He believes love can save his sister, although the matron of the asylum (Piper Laurie) and Grace herself keep saying she really is crazy. Tatum O'Neal and Penelope Ann Miller give wrenching performances, and the rest of the cast is very good also. The R rating is hardly deserved (one loving sex scene featuring a married couple), and some violence. Whether you will like it or not is a matter of personal taste. I do not think the work "enjoyed" applies at all, as it is so dark, but all awards won; best drama, best leading and best supporting actresses New York International Film Festival 2012, and best drama Los Angeles Women's International Film Festival 2011 seem well deserved to me. Tatum O'Neal is amzing.
46 people found this helpful

Lindsay BrotzmanReviewed in the United States on June 26, 2020
1.0 out of 5 stars
Concept is great, but...
Verified purchase
The basic story idea is great- very touching! However, the acting is horrible. It's forced and hard to watch. I couldn't make it to the end, the acting was too painfully annoying. I did Google the synopsis, so I have a pretty good idea how it ended. Like I said, great story line but it's the awful acting that makes it impossible to enjoy or even finish. Maybe there will be a remake one day...?
One person found this helpful

Gilbert R. SchwartzReviewed in the United States on June 4, 2014
4.0 out of 5 stars
Saving Grace B, Jones
Verified purchase
I recently was privileged to see Connie Stevens in a stage show. The stage show was excellent and from it I learned of this movie. I purchased the movie mostly because of it being directed by Connie Stevens and the movie being located in my home town of Boonville Missouri. I feel that the movie is a somewhat dark production but I also feel that it is a very good movie for anyone other than children.
The one thing I disliked about this movie was that too many things seem to happen at night, making the movie dark and difficult to see. There is actually very little about the movie that reminds anyone of Boonville. Possibly the river bridges and some storefronts.
I would recommend the movie to anyone who is tired of watching totally unbelievable monsters.

TBReviewed in the United States on April 1, 2020
1.0 out of 5 stars
A mess
Verified purchase
The editing and direction of this movie was a chaotic, choppy mess. And the child actors were way over-the-top unnatural.
One person found this helpful
See all reviews
Back to top
Get to Know Us
Make Money with Us
Amazon Payment Products
Let Us Help You
EnglishChoose a language for shopping. United StatesChoose a country/region for shopping.
© 1996-2021, Amazon.com, Inc. or its affiliates