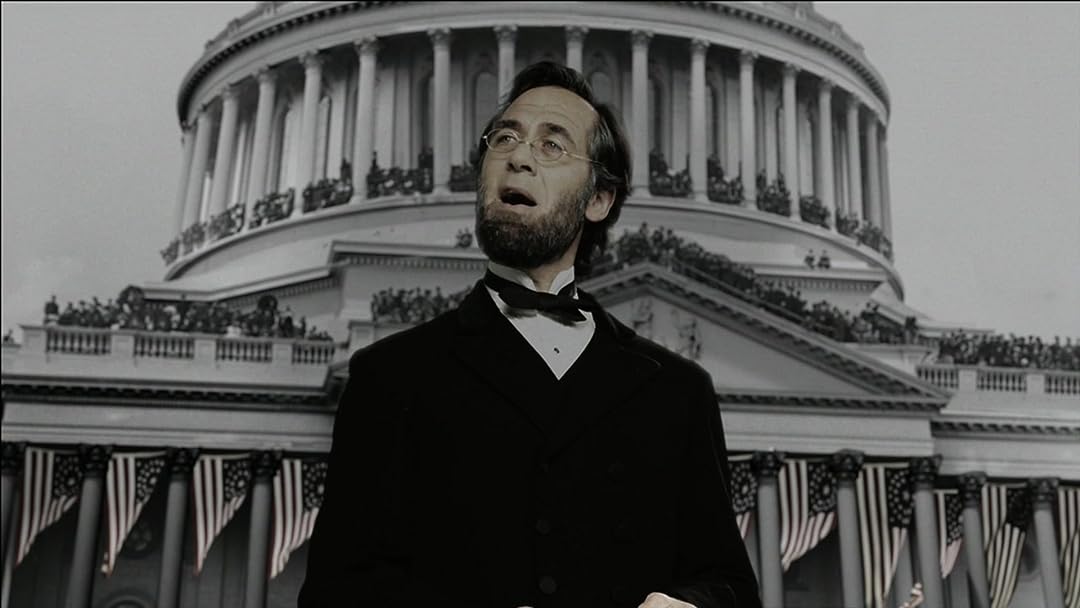 (202)1 h 42 min201316+
The story of Mr. Lincoln and his self-appointed bodyguard, U.S. Marshal Ward Hill Lamon - a banjo-playing Southerner who foiled repeated attempts on the President's life, and kept him functioning during the darkest hours of the Civil War.

Samuel ConwayReviewed in the United States on August 1, 2017
5.0 out of 5 stars
Some historical liberties taken, but a grandly-presented story.
Verified purchase
This is not a Hollywood blockbuster-budget film; it was funded by Kickstarter, and for a film of such humble origins, I believe they did a fine job. The cinematography is clever, with action superimposed against a background of actual history photos, a feature over which some reviewers who are expecting Cecil B DeMille have griped. Although they claim to have made great efforts to preserve historical accuracy, there are some points where great liberties were taken (Lamond's views toward slavery, for example). Where the film excels, however, is in its depiction of Abraham Lincoln. There is a tendency to portray Lincoln as a stoic, grim-faced and unflappable man; contemporary accounts, however, reveal him to have had a keen sense of humor and at times to have acted almost clownish. Tom Amandes, as Lincoln, gives a superb performance that does a lot to humanize our most revered president. It was suitably delightful for me to see Mr. Lincoln brought to life so skilfully that I was willing to accept some artistic license taken for the benefit of the narrative.

Jr.Reviewed in the United States on May 19, 2018
5.0 out of 5 stars
Watch this film. You won't be sorry you did.
Verified purchase
I very seldom give Five Stars or write a review but after watching Saving Lincoln I felt that people should watch this movie. It is very moving. I don't know if all of it was based on fact but I do know that President Lincoln in my eyes was the best president this country has ever had. He led to save the union of our great country and to make all men free. Tom Amandes was perfect for the part as President Lincoln. I was born and still live in Virginia and do not hold to the saying that "the south will rise again." I was a marine combat rifleman and was proud to fight for these United States of America. Back to Saving Lincoln, I thought the way the movie was filmed made it looked like I had stepped back in time. I give credit to all who had a part in making this film.
10 people found this helpful

MrsZ3Reviewed in the United States on April 15, 2019
4.0 out of 5 stars
Great story and superb acting - highly recommend!
Verified purchase
If I could, I would give this 4 1/2 stars. I would only take off 1/2 point for the weird backgrounds throughout the movie. After a while, I got used to it, and I understand this was a low-budget film, but sometimes it just looked so fake and out of place. I love the authenticity of it, but it was weird to look at some of the time.
That said, the story (however true or not) was wonderfully gripping; the acting was superb (even the supporting actors); the overall film was gripping, touching, enlightening, and entertaining. The music was done excellently and historically accurate and was wonderfully interwoven throughout. Highly recommend!
5 people found this helpful

Linda BReviewed in the United States on August 28, 2017
5.0 out of 5 stars
A lighthearted view of a serious story
Verified purchase
Almost a light hearted view of a serious story of the person who was commander in chief leading the union army in the civil war, told in the flavor of a stage play, with a script that is explicitly enunciated so we the audience don't miss innuendoes that could have been missed with so much dialogue. In times like these, with another republican president similarly misaligned by the press, it is a heartfelt story to see this man grow to realize his place and mission in God's world.
7 people found this helpful

Azure Niblist Reviewed in the United States on August 31, 2017
5.0 out of 5 stars
Enjoyable entertainment and learn something at the same time.
Verified purchase
While I am unsure about the extent of historical accuracy, but assuming truth, this movie does much to repair the reputation of President Lincoln's long time friend and chosen bodyguard. Vilified mightily at the time for abandoning his post on that fateful night, Ward Lamon, was painted as slovenly, a drunkard and amazingly ill fitted for his post as protector of the POTUS.
Many things would change a resulting from the assassination of the President, chief among them the formation of the Secret Service. This alone acknowledged, by the country for the need of a well staffed, well armed and supremely trained "force" to protect the "Office of the President and the man who filled that position."

The cinematic technique worked well with blending of the historic photos into the scene. That the actors and set remained "in color" helped to bring you the moment. This as opposed to fill black and white that, for me at least, feels more like a glimpse of the record.

Enjoyable, I recommend it. O
7 people found this helpful

AM/FMReviewed in the United States on February 25, 2021
1.0 out of 5 stars
Amande's Lincoln Falls Short !
Verified purchase
Abraham Lincoln was so much taller than the average man that he had to sleep with his feet on a chair placed at the foot of the bed. Casting Tom Amandes as Lincoln was a huge mistake. Amandes' portrayal of Lincoln falls so short that he'd have to sleep in a cradle. As for the rest of this feeble attempt to tell a story, the attempt at creativity fails so badly that the story is actually lost. Acting is on par with a local community theatre troupe. If I'd watched every other film ever made and this was the last one to watch, I think I'd start all over with film number one and hope to die before this one came back around. Shame on the production and direction crews. Lincoln is one of my favorite subjects. To see this project handled with such reckless abandon makes me want to SCREAM !!!

Adam ClarkReviewed in the United States on December 18, 2019
5.0 out of 5 stars
Great Movie
Verified purchase
I showed this movie to my 8th grade students following a study of The Gettysburg Address. At first I thought it was a little corny with all of the singing, but my students and I quickly warmed up to it. I think most of the acting, particularly by Tom Amandes, is incredible. He really brought Lincoln to life. Even with some of the elevated language, my students had no trouble understanding what was going on. Using actual Civil War photos as backgrounds to the scenes added great historical detail, and my students, who go to DC each year, particularly enjoyed the scene that included the half built Washington Monument. The movie provided a lot of talking points, and my students would look up various scenes to see exactly which ones were historically accurate. It was a great movie, and I plan on sharing it with my students every year.
One person found this helpful
See all reviews
Back to top
Get to Know Us
Make Money with Us
Amazon Payment Products
Let Us Help You
EnglishChoose a language for shopping. United StatesChoose a country/region for shopping.
© 1996-2021, Amazon.com, Inc. or its affiliates