You've subscribed to Mayfair Menage! We will preorder your items within 24 hours of when they become available. When new books are released, we'll charge your default payment method for the lowest price available during the pre-order period.
Update your device or payment method, cancel individual pre-orders or your subscription at
Your Memberships & Subscriptions
There was an error. We were unable to process your subscription due to an error. Please refresh and try again. 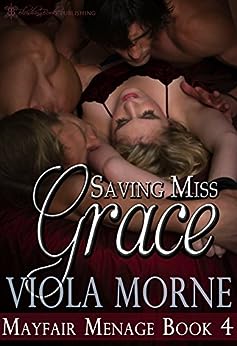 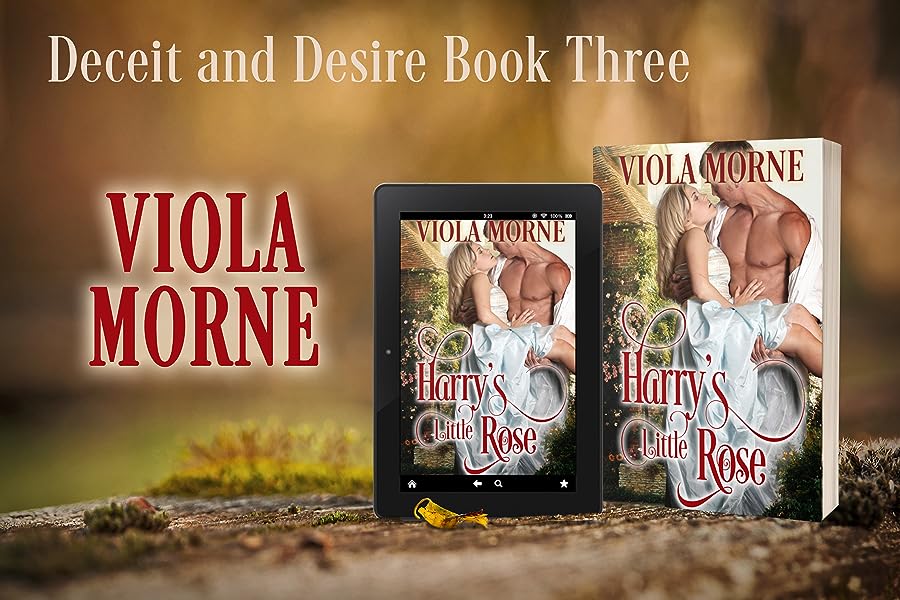 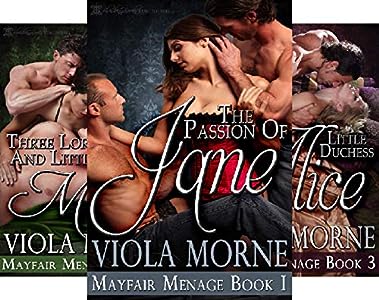 3.9 out of 5 stars
3.9 out of 5
37 global ratings
How are ratings calculated?
To calculate the overall star rating and percentage breakdown by star, we don’t use a simple average. Instead, our system considers things like how recent a review is and if the reviewer bought the item on Amazon. It also analyzes reviews to verify trustworthiness.
Top reviews

Redrabbitt
5.0 out of 5 stars LORD BLADEWELL’S LONG-LOST HEIR, WHOM SOCIETY HAS CHRISTENED THE BUCKSKIN BARON
Reviewed in the United States on December 4, 2017
Verified Purchase
The story is the fourth in the Mayfair Menage series and will read as a stand-alone. It will bring in the other brides from books one, two, and three. In this story, a solicitor will come to Fort Worth, Texas in America to locate Jack Dunton with the news that with the passing of Lord Bladewell, he is the next heir in line to one of the older titles in London. Along with his cousin, Colt Whitehorse, they will travel to London and start a new life.

Grace Atwell lives in the home of her mother’s cousin and is treated poorly. After the death of her parents, she became the ward of Lord and Lady Merden. While Lord Merden was alive, she was treated as family, but after his death, she is treated less than a servant.

The plot will have Grace being accosted by her cousin, the new Lord Merden, during a party and rescued by Jack and Colt. They will remove her from the Merden household to protect her, but she will leave and return. Treated so poorly, and with no money, no family, and no references, her choices are minimal. Accepting a business card from a Madam will take her to a home, where she will be given a contract to work at a place called The Nursery.

What happens when Jack, Colt, and friend, Kit Sinclair show up for a fun night at The Nursery? Spanking the naughty girl and then making provisions to get her out of there and back to Jack’s London home. Agreeing to live by their rules, placed in the home’s nursery, accept their punishment and dominance will keep the pages turning in this tale. Not only will Jack and Colt rescue her, but do their best to protect her from the Merdens and their schemes.

While Colt is easy going, and carefree, he makes Grace feel special, and she will even call him Daddy. Jack is more brooding and has a temper to him. What happens when Grace learns that there are other ladies of the ton who live a lifestyle of having more than one man? Will that help her to accept her situation? But what happens with Jack and Colt tire of her, will she once again be tossed aside?

“If Jack was fire and flame, then Colt was an ocean, deep and full of mysterious currents, a powerful force that could even roll over his fiery cousin.”

Renee
5.0 out of 5 stars Wonderful story
Reviewed in the United States on February 13, 2018
Verified Purchase
This is a great story. I love all the stories in this series. Grace was treated so badly by her family and she really needed someone to take care of her. Jack and Colt did a wonderful job of that. I really loved how they were so different from the rest of society. It was really great getting to peek into the lives of characters from previous stories in this world too.
Read more
Helpful
Report abuse

Kindle Customer
5.0 out of 5 stars Not for prudish readers
Reviewed in the United States on January 31, 2019
Verified Purchase
Love this series.
Read more
Helpful
Report abuse

Joanie M
5.0 out of 5 stars Amusing and emotional...fantastic
Reviewed in the United States on December 4, 2017
I loved this book. An American cowboy becomes a peer in English high society - it's priceless! Besides the amusing antics you'd expect in such a circumstance, there's an emotional plot about a mistreated woman, Grace. The main characters are great, well developed and unique. The plot is interesting with twists and turns that are totally unpredictable. There's a cast of secondary characters that add real depth to the story. The erotic and discipline scenes tie in nicely. This book is a must read for menage fans. I voluntarily reviewed an advanced reader copy of this book.
Read more
One person found this helpful
Helpful
Report abuse

Tami
5.0 out of 5 stars Great book
Reviewed in the United States on December 1, 2017
Jack is surprised when he learns that he is the new Baron Bladewell. He has to move from America to London to accept his heritage. There he and his cousin Colt get interested in Grace. Jack and Colt rescue her from being raped and bring her to their home. Grace, who has a terrible life, doesn't trust them and runs away. When they meet Grace again in a brothel they take her with them, intent to show her that they are the men she needs in her life.

Saving Miss Grace is a historical romance that drew me in right from the beginning. Colt, Jack and Grace are very likeable characters and I enjoyed all the spanking and steamy scenes.
Read more
Helpful
Report abuse
See all reviews

belinda
5.0 out of 5 stars good story
Reviewed in the United Kingdom on March 15, 2021
Verified Purchase
enjoyed it very much
Read more
Report abuse
See all reviews