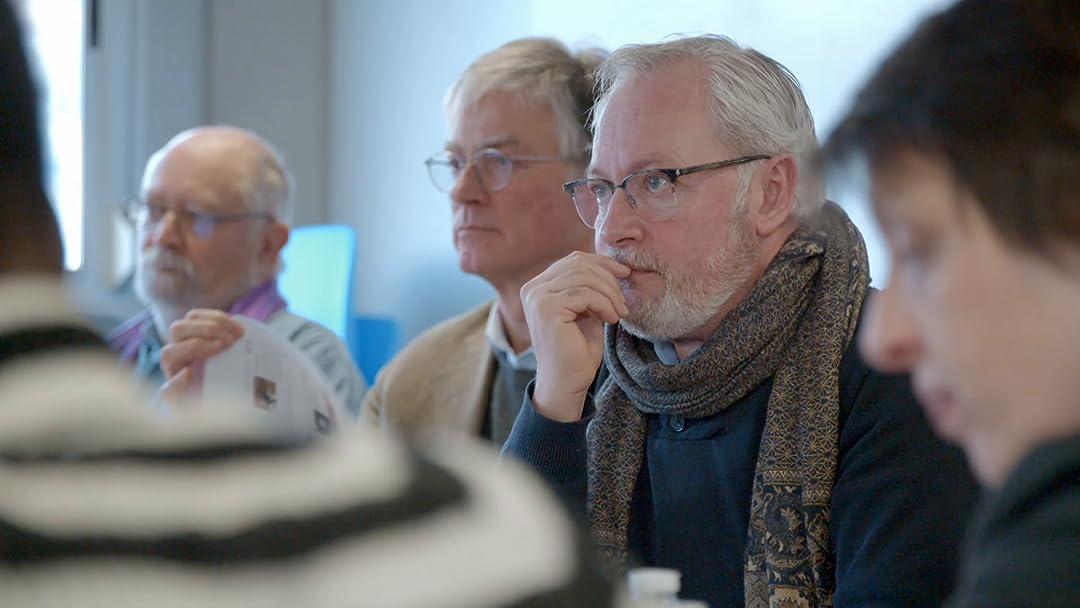 (51)
8.754min1974ALL
When the Notre Dame cathedral caught fire in April 2019, Paris came very close to losing over 800 years of history. As engineers rebuild, researchers use cutting-edge technology to piece together what happened and restore the cathedral.

John P. Jones IIIReviewed in the United States on October 21, 2021
5.0 out of 5 stars
“Even for atheists…”
Verified purchase
Notre Dame is inspiring, as Remi Fromont, the Chief Architect of Historical Monuments (for France) says at the conclusion to this excellently produced and most informative documentary. As many a road sign in France will say: “It is xx km to Notre Dame,” and thus, the center. It was certainly central to my own experience, as I visited Europe for the first time, staying in Paris for 10 days, in April 1971. My photograph of one of the three 42-foot in diameter-stained glass rose windows in the cathedral commenced my documentation of a very long journey through Europe and Asia that I took that year.

It was “tax day” in America, April 15, in 2019, when the world was horrified by the images of Notre Dame engulfed in flames, an event many thought to be impossible. Joby Lubman directed this documentary, which includes images of the fire as well as excellent computer graphics on the damage the fire caused, and MAY have caused, if the two bell towers at the front of the church had burned. The entire church could have collapsed, destroying the aforementioned rose windows. Thanks to the very courageous efforts of some sapeur pompiers (firefighters) who climbed into the towers and soaked the timbers with water, the towers, the church walls and the 28 famous flying buttresses survived. There are 32,000 square feet of stained glass in the cathedral. Though heat cracked some of the stain glass along the top of the walls, the rose windows only sustained a heavy coating of toxic lead dust (from the roof), which must be painstakingly cleaned (the windows had not been cleaned for 100 years, so the lead dust is on top of a century of other dust).

Phillippe Villeneuve heads up the team charged with preventing the walls from collapsing. Working inside the church is still considered very dangerous, due to the damage done to the stone vaults. They have already used 250 tons of timber, specially cut, to support each of the 28 buttresses. In five months, all were safely locked in place.

Other experts are also interviewed. One is working on replacing the limestone in the damaged roof vaults. It was fascinating to learn that the cathedral was constructed with three different types of limestone, depending on the function and location. Harder limestone was used for the pillars, finer grained limestone for the statues and softer limestone for the roof vaults. Through microscopic analysis, and “marker” fossils, they hope to replace damaged pieces with ones very similar.

ALL the timbers in the roof were completely destroyed. An estimated 1300 oak trees, harvested between the 12th and 18th centuries provided the beams in the roof. Fortunately, France is still one-third covered by forests, and replacement oaks may come from the forest of Sinonche in Normandy. All the beams will be hand-cut and fitted, as they were in the Middle Ages.

How did the fire start? No official determination has been made. But the failure to respond to the initial alarms, and then going to the wrong place (the sacristy), allowed the fire to destroy the entire roof.

President Macron promised that Notre Dame would be completely restored in five years. There IS a lot of concentrated hard work being done, but the documentary suggests that given the monumental task, it may still be decades before the public can enter. Glad I saw it when I could. 5-stars, plus, for a superb update on the damage done, and the restoration efforts for one of humanity’s architectural treasures.

Jonathan BaronReviewed in the United States on April 9, 2022
2.0 out of 5 stars
Suffers From Basic Cable Style Sensationalism
Verified purchase
LOTS of great information here, presented with splendid computer graphics and video. But both become a problem because it enables a breathless sensational tone that diminishes the quality in my view. How many times do we need to see what could have happened here - see the complete collapse of Notre Dame in CGI? Once, okay. Same for the video of the tower's actual collapse. But multiple times and now you feel you're watching something from one of the Discovery channels.

Al C. BReviewed in the United States on January 31, 2021
5.0 out of 5 stars
A good watch for those who have a interest in history
Verified purchase
Very interesting and well done. It's sad that some of us may not be around for the restoration to be completed as it could take decades. Hopefully they will make more to reveal the continued progress.
2 people found this helpful

williamReviewed in the United States on January 6, 2022
5.0 out of 5 stars
Interesting and informative
Verified purchase
What it is going to take to rebuild this icon is amazing.
One person found this helpful

JennyReviewed in the United States on December 22, 2021
5.0 out of 5 stars
awesome
Verified purchase
renewed my faith in digital technology
One person found this helpful
See all reviews
Back to top
Get to Know Us
Make Money with Us
Amazon Payment Products
Let Us Help You
EnglishChoose a language for shopping. United StatesChoose a country/region for shopping.
© 1996-2022, Amazon.com, Inc. or its affiliates