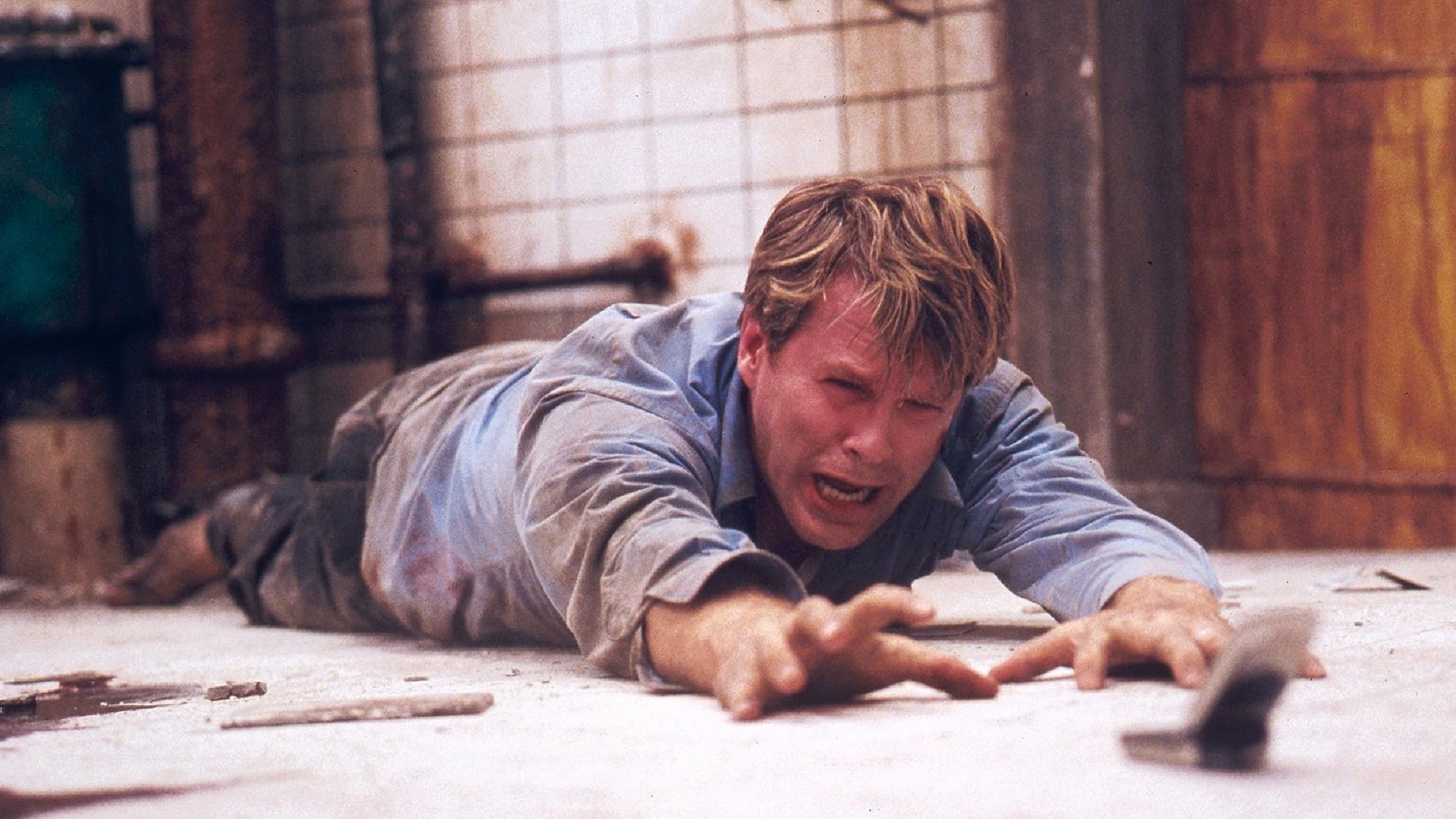 (4,130)
7.61 h 43 min2004X-RayR
Two strangers awaken in a room with no memory of how they got there and soon discover that they are pawns in a deadly game orchestrated by a serial killer.

Serkan OkarReviewed in the United States on May 12, 2021
5.0 out of 5 stars
SAW 4K UHD Review (Impressive Improvement over Blu-ray)
Verified purchase
I spent my life watching horror movies and I was very impressed by Saw when I first saw it at the movie theater when it first came out. I had the Blu-ray but I was very disappointed with it so I sold it (something I rarely do). The Blu-ray suffered badly from print damages and had tiny flashing dots quite visible throughout the movie. It was a horrendous Blu-ray. I kept the DVD.

I was a bit hesitant to order the 4K UHD edition because I was afraid they would do the same thing they did with the blu-ray and not clean up the picture. I was pleasantly suprised: 4K looks absolutely fantastic. Now you must keep in mind this movie is originally a grainy movie due to the way it was shot and the film stock used. It has a lot of dark scenes. Do not expect it to be crystal clear looking picture. You must evaluate it based on those facts (although I am sure some will complain about the grain). I also own Starship Troopers and Total Recall 4K UHD editions and those movies, in my opinion, didn't improve much from their blu-ray editions (give or take a few scenes + Dolby Atmos). However, in the case of Saw, I think this is a tremendous improvement. They obviously cleaned up the print damages that were visible on the Blu-ray (now, I am referring to a very early edition Blu-ray, the one that first came out some 10 years ago, I think. If there have been subsequent editions which were better, I am not aware of).

In summary: I give 2 thumbs up to Saw 4K UHD edition. Even the dark scenes are nicely contrasted, color saturation is perfect; and yes there is some grain but I like I said it is natural and inherent part of the film. This film will not look any better than this (and not sound any better than this). If you have Dolby Atmos speakers, you will enjoy the audio.

I won't review the movie itself other than to say it's one of the most unique and clever horror movies and it works as a concept and executed stylishly.

joel wingReviewed in the United States on July 28, 2020
5.0 out of 5 stars
Ingenious ending & contained elements that would start a franchise
Verified purchase
The first Saw, the movie that started one of the great horror-thriller series in recent history. The story contained many of the elements that would make the franchise stand out. The plot centered around criminals and people with loose morals who’d gotten away with their acts having to pay for their crimes in a unique way. They were asked what were they willing to do to be free of their sins.

Things begin with two men photographer Adam Stanheight (Leigh Whannell who co-wrote the story) and doctor Lawrence Gordon (Cary Elwes) chained to opposite sides of a rundown bathroom with a dead man in between them. Each one finds an envelope in their pocket with a cassette that says play me. When they listen to them they hear what would become the familiar voice of Jigsaw the man that kidnapped them. The tape says that Lawrence has to kill Adam otherwise his family will die plus a riddle. Then they find two saws, but they aren’t strong enough to cut through their chains.

This would be the basis for all the following Saw movies. First, you had people trapped by Jigsaw. Second, he gave the prisoners instructions which they had to decipher. Third, the directions would include very painful choices which they had to make in a set period of time. Fourth, Jigsaw acted as an avenging angel making his prisoners pay for some past transgression.

The film doesn’t just focus upon Adam and Lawrence either. It shows other people that were captured and what Jigsaw put them through along with the iconic Jigsaw mask and doll.

What sets the first Saw apart from the others was the ingenious ending to Adam and Lawrence’s dilemma. It was one of those closings that would stick with an audience for a long time and makes this release probably the best in the entire series because it was so new and unexpected.
C
8 people found this helpful

The Madd HadderReviewed in the United States on November 6, 2019
5.0 out of 5 stars
A cult classic
Verified purchase
A cult classic. A thriller to the end. Unfortunately, just like A Nightmare on Elm Street, Friday the 13th, and other horror classics, as the series goes on, they get more ridiculous. But this one is the gem!
6 people found this helpful

Walter NaranjoReviewed in the United States on August 26, 2017
5.0 out of 5 stars
AN AMAZING MOVIE!
Verified purchase
I LITERALLY JUST FINISHED WATCHING THIS 10/10

The way this movie plays with human's psychological nature is SO well shown. This movie isn't gory, it doesn't show much physical torture, but more of the mental torture all of the characters go through. This movie takes plenty unpredictable turns, and the ending all by itself is worth watching the whole movie. If you're looking for a movie that messes with the characters heads, as well as yours, you've come to the right one.
16 people found this helpful

TechmeisterReviewed in the United States on November 7, 2020
5.0 out of 5 stars
Well written story, but movie is gory
Verified purchase
Well written story with some nice unexpected twists / surprises in it. Even today this movie still holds up. Watched it for Halloween - great choice. There were very few holes in the storyline that most people will miss (I won't get into that as they contain spoilers). I'd recommend not have kids 14 and younger watch it, and then only with an adult.
One person found this helpful

RussellReviewed in the United States on December 3, 2021
2.0 out of 5 stars
Bought for Friend - So-So Movie
Verified purchase
Okay - movie reviews are always HIGHLY subjective. I just never liked this movie. I was coerced into watching the first sequel - and really didn't like it either.

The performances are good, but I just didn't connect with the gruesomeness, which completely overshadowed the psychological thriller aspects I prefer.

Worth watching once for the 'gotchas', but suffers a LOT with repeated watchings.

This is a fantastic movie and, as far as I'm concerned, the only one in the series worth watching. It stands alone and it stands the test of time. Watch it and feel psychological terror.
One person found this helpful

Christina ChristinaReviewed in the United States on February 2, 2021
2.0 out of 5 stars
Lame Ending
Verified purchase
Interesting concept, but by the end, the movie decides it's going to be too clever for its own good. I'm not even sure what I just watched or why I should care. I agreed with Roger Ebert 100%. The "surprise" ending was little more than a cheap trick and really didn't enhance the story at all.
2 people found this helpful
See all reviews
Back to top
Get to Know Us
Make Money with Us
Amazon Payment Products
Let Us Help You
EnglishChoose a language for shopping. United StatesChoose a country/region for shopping.
© 1996-2022, Amazon.com, Inc. or its affiliates