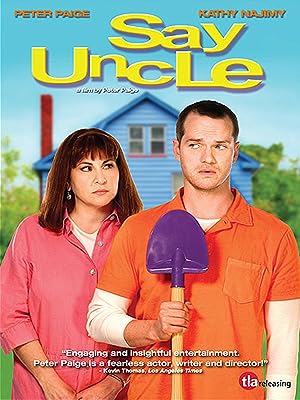 (24)
5.61 h 30 min2005NR
The always charming Peter Paige stars in his directorial debut as Paul, a gay artist who has built his life around his godson. When the boy and his family move away, Paul spends his time at the local playground, but the idea of a childless man spending so much time with children sparks controversy. Soon Paul is targeted by a mob of outraged parents led by the hysterical Kathy Najimy.

Darien WellsReviewed in the United States on October 2, 2006
1.0 out of 5 stars
an Inept display of "acceptable behavior".
Verified purchase
Don't waste your money on this one. I wouldn't even recommend renting it. For starters, the soundtract alone is pure torture and borderlines on psychotic. It had to be composed by someone on a bad meth-anphetamine trip. The movie depicts a starring character who looks like an escaped mental patient, has a rather provocative photo of a naked child in his office, paints a nude portrait of himself for a child, and hangs around playgrounds to be close to children. All in all, there are a lot of things being passed off in this film as "acceptable behavior" with a little explaining, that I personally think is a bit bizarre and way to the extremes. The whole thing makes little sense, seems to promote actions that any normal adult should know better and fails to promote a psychological evaluation for someone who obviously doesn't.

Way too easily explained behavior for parents in the real world to accept. If you are a hardcore pedaphile, you will love this film and be excited about it's content. The rest of us? Not so fast. Acting is pretty good, photography is good, plot sucks!

Jim HemphillReviewed in the United States on June 19, 2016
5.0 out of 5 stars
Hilarious, touching, provocative, and insightful - a major triumph.
Verified purchase
This is one of those rare comedies that starts strong and sustains its visual and verbal invention right up to the end. Not only hilarious but touching, provocative, and insightful, it's a major triumph for writer-director-star Peter Paige - a great American independent film.

JD AeonReviewed in the United States on March 1, 2014
5.0 out of 5 stars
SAY UNCLE - Lovely LGBTQ Comedy
Verified purchase
Informational and a wake-up call for many. We live in a society filled with stars - some of them absurd like conservatives and some of them adorable as the avante-garde / New Age / LGBTQ people, those more attuned to Harmony, Culture and Humanity for all. I loved this show.

john r harrisReviewed in the United States on November 23, 2015
5.0 out of 5 stars
Five Stars
Verified purchase
very good movie, i loved it

Damian EstradaReviewed in the United States on July 14, 2007
4.0 out of 5 stars
Great
Verified purchase
Great Movie Funny and Dramatic.

May drag a little but it is def. worth the wait.

F. S. RiveraReviewed in the United States on March 7, 2008
1.0 out of 5 stars
Not What I Expected
Verified purchase
Was not happy with this selection. Was hoping for humer. WOuld have liked to have seen a preview of this film b4 i purchased it. This was wasted money.

Rachel CarltonReviewed in the United States on January 10, 2007
5.0 out of 5 stars
perfect transaction
Verified purchase
I got the item sooner than expected and it was in perfect condition.
Amazon customerReviewed in the United States on October 9, 2006
3.0 out of 5 stars
"People might get the wrong idea"
Paul (Peter Paige) is one of the innocent, self consciously nerdy people, who just don't want to listen. An artist and somewhat of a recluse, Paul is gay and well meaning, but he has a rather unhealthy attachment to the schoolyard and aggressive interest in other people's children. When his godson's family moves to Japan, Paul goes ballistic, bursting in on the distressed new owners of his godson's home and loitering in the local playground.

Paul isn't a pedophile, he just loves kids, but he doesn't really comprehend the ramifications of his actions. His best friend, Russell (Anthony Clark) - who at one stage tells Paul that he loves him - advises caution, because people will talk and he could get into deep trouble. After all, helping a little girl go potty in a toy store and brushing down children's bottoms whilst playing in the sandpit does come across as a bit creepy.

It doesn't take long for us to realize that Paul is playing with fire, the problem is while we are supposed to sympathize with him, in reality, he comes off as remarkably self-centered and juvenile and also frustrating. Following a brief period of denial, Paul soon trades gloominess and despair for fixation, and decides to work as a stock boy in a toy store and then offer his baby-sitting services as a "manny" who knows what children really want.

Leave it up to concerned local mother Maggie (Kathy Najimy) to lead the moral majority and decide - for no good reason - that Paul fits the classic profile of a child predator. Together with some of the other mothers she begins a type neighborhood watch in the form of a witch-hunt to "bring Paul in" before he actually commits any crime.

Because Paul is gay and kindly and sort of innocent, we are supposed to see him as the victim, and to a certain extent he is. Still, if you were a parent wouldn't you be concerned if an unknown single man approached kids in the park and started playing in the sandbox with them? If so, you may not find Paul, and his deranged Peter Pan complex, and his anger at the big, bad world of grown-up people quite as charming as Paige does.

Besides the obvious reticence to actually empathize with Paul, Say Uncle does do a good job of presenting a hot-button issue where mothers of young kids can often rush to judgment, becoming hysterical over this issue for no good reason.

Peter Paige wrote, directed and cast himself in the lead and while the film presents the results of two people's misconceptions about each other quite well, the results are still often wobbly, somewhat misconstrued and wildly out of balance. The moral subtleness of Paul and Maggie's dilemma just doesn't come across as well as it could and rather than trying to deal with gay persecution and social mistrust, Say Uncle mostly comes off as a wishy-washy study of one man's wildly inappropriate behavior. Mike Leonard October 06.
7 people found this helpful
See all reviews
Back to top
Get to Know Us
Make Money with Us
Amazon Payment Products
Let Us Help You
EnglishChoose a language for shopping. United StatesChoose a country/region for shopping.
© 1996-2022, Amazon.com, Inc. or its affiliates