Sayonaraville and millions of other books are available for Amazon Kindle. Learn more
Share <Embed> 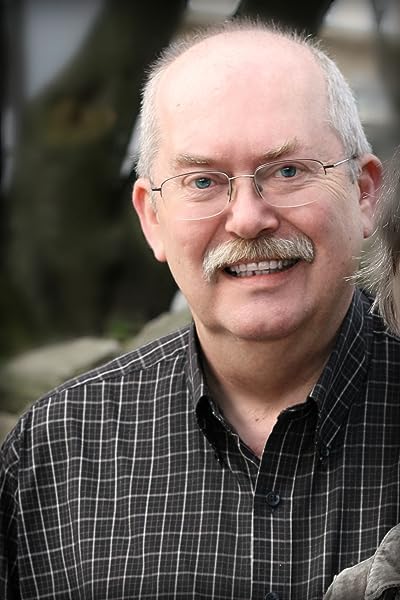 by Curt Colbert (Author)
4.1 out of 5 stars 7 ratings
See all formats and editions
Sorry, there was a problem loading this page. Try again.

Who choped off insuance agent Henry Jamison's head with a Samurai sword? While trying to figue this out, Seattle Private eye Jake Rossiter also has to deal with his recently promoted junior partner - Miss Jenkins- who is about to take on the Hashimotgo Family as clients for her first official case. As the clues and danger mount, Rossiter and Miss Jenkins take more twists and turns than a coaster at Playland.
Read more
Previous page
Next page

Curt Colbert is a Vietnam vet, who is also a poet, an avid student of history, and a boxing fan. He has written three hardboiled, historical PI novels set in Seattle in the 1940's, the first of which, Rat City, was nominated for a Shamus Award. He was the editor of Seattle Noir, an anthology of noir short stories set in Seattle. In addition, under the penname, Waverly Curtis, Curt co-authored five humorous mysteries in the Barking Detective series with his writing partner, Waverly Fitzgerald. Curt lives in the Seattle suburb of Mountlake Terrace with his understanding wife, Stephanie, and under the thrall of their somewhat demanding cat, Miss Kitty.
Start reading Sayonaraville on your Kindle in under a minute.

4.1 out of 5 stars
4.1 out of 5
7 global ratings
How are ratings calculated?
To calculate the overall star rating and percentage breakdown by star, we don’t use a simple average. Instead, our system considers things like how recent a review is and if the reviewer bought the item on Amazon. It also analyzes reviews to verify trustworthiness.
Top reviews

BareFoot-AllTheTime
5.0 out of 5 stars Deliciously Dirty Dealings in a Small Blue-Collar City
Reviewed in the United States on April 13, 2013
Verified Purchase
Jake Rossiter is a moody, booze-loving detective who can't help loving Seattle's down-and-out, though he'd sooner have a lit cigar jammed up his nose than admit to any softness. Still, Jake is determined to give his clients their money's worth, pursuing cheating husbands and lying wives with zeal. Problem is, clients often turn out to be crooks. Thieves turn out to be good guys. You never quite know what's going to happen, as Jake zooms through old-time Seattle in his unreliable motor car, keeping an eye out for justice and the other eye on his pretty gal friday. An immensely fun series, sprinkled with authentic bits of long-vanished Seattle landmarks.
Read more
One person found this helpful
Helpful
Report abuse

untouchable
4.0 out of 5 stars Seriously Good
Reviewed in the United States on May 2, 2004
SAYONARAVILLE is the 2nd book in the Jake Rossiter and Miss Jenkins series following on from the tough hardboiled RAT CITY. Curt Colbert has created a private detective series that has the look and feel of a pulp detective novel written in the 1940s. Jake Rossiter is a hard-bitten, hard drinking private detective working in Seattle. The year is 1948, Rossiter has returned home from the war to find his town overrun by corruption and feels that it's his duty to see that the rats feeding off the honest joes get the punishment they deserve.
The story opens with the rather grisly discovery of the decapitated body of Henry Jamison by Miss Jenkins. Jamison is Rossiter's insurance agent and his office adjoins Jake's. Lying on the floor near the body is a samurai sword, obviously the murder weapon.
Miss Jenkins has progressed from secretary (girl Friday) to private detective and is about to take her first case. Coincidently (or perhaps not) her first client is a Japanese man named Harry Hashimoto. The fact that he is Japanese does not sit well with Rossiter at all. Remember, this is set in 1948 and Rossiter has just returned from the Pacific where he was fighting the Japanese. He insists that Miss Jenkins drop the case, which she refuses.
When an attempt is made on Miss Jenkins' life, putting her in hospital, Rossiter takes over the case for her. The case seems straightforward enough. Mr Hashimoto wants tot get his business back after it was burned down and the insurance company refused to pay the claim. Huh? Hang on! Insurance company, Japanese...wasn't there some sort of link mentioned earlier? Hmmm.... Would anyone care to guess who the insurance agent might have been? These were the kinds of questions that were going through my head while reading the book, so I thought, rather than accidentally include a spoiler or two, I'd simply pose them for you too.
There is a seemingly unrelated, but persistent subplot about the return to Seattle of Eddie Valhalla, a hit man who grew up in the same orphanage as Rossiter. Valhalla is Rossiter's sworn enemy nowadays and, upon hearing of his arrival in town, Rossiter sets out to settle a few old scores. The strange thing is, Rossiter seems to cross paths with Valhalla an unusually high number of times while working on the Hashimoto case. It becomes clear that somehow the presence of the hit man is going to have something to do with the case.
Finally throw into the picture the crooked police force led by Captain Harvey Blevens, a man who goes out of his way to make life difficult for Rossiter. Part of the protection racket being run by the local police force includes Hashimoto's old shop. When Rossiter asks the new owners a few questions, they call their police "protectors". The fact that Blevens himself answered the call in double quick time tells Jake that he was onto something pretty big.
Although Jake takes the top billing, it's the increasingly surprising Miss Jenkins who steals the show, revealing an increasingly impressive array of talents. She began the series in RAT CITY as Rossiter's young, naïve and innocent secretary. When surprised or embarrassed she would utter a "my goodness" and then blush. She has since graduated to become a private detective in her own right, she carries a gun and has proven that her detecting abilities rivals Jake's. Clearly, Colbert has plans for her in future books.
The story is not what you would call a fast-paced thriller. Rather it is a methodical story where the clues are tracked down, the suspects are tailed and everything is pieced together as each new piece is discovered. All very neat and tidy. In between come some momentary bouts of violence mixed with humorous exchanges to keep things moving along. It's not breathless action but I found it enjoyable all the same.
Curt Colbert has written a strong sequel to RAT CITY providing an intriguing mystery. His ability to capture the period in which it is written is unquestioned, with the dialogue and the plot giving the story the feel of an authentic 1940s detective novel. I said this when reviewing RAT CITY and it still applies for SAYONARAVILLE, people who love the hardboiled private detective stories written by authors such as Mickey Spillane will enjoy this book.
Read more
One person found this helpful
Helpful
Report abuse

woodstock_ap
4.0 out of 5 stars Lots of fun!
Reviewed in the United States on August 7, 2003
This Colbert's second entry in a very entertaining series set in Seattle in the late 1940's, following the debut novel "Rat City." Part screwball comedy, part private eye, part loving homage to the early days of crime fiction, part word play - I could go on and on listing the features of the book which pleased me.
Jake Rossiter and Miss Jenkins return. Miss Jenkins has recently been promoted by Jake to junior partner, and is anxious to do a good job on her first case - locating the criminal behind the destruction by arson of a store owned by a Japanese American businessman. In the meantime, the insurance agent who works in an office near Rossiter's detective agency has been beheaded in his office, and Jake is hired by his widow to find the killer.
This is a quick, delightful read, filled with the slang of the late 40's and atmospheric trips to strip joints, dark alleys where danger lurks, suspicious cinnamon rolls, an overly amorous client, and the bitter memories of WWII veterans who fought in Europe and the Pacific, learning rather grudgingly to trust again.
Colbert is on a roll here - and I hope it lasts. The book jacket reports he is working on a third entry.
Read more
5 people found this helpful
Helpful
Report abuse

J. Glenn Evans
5.0 out of 5 stars It's all in the head.
Reviewed in the United States on December 2, 2003
It's all here!! A riveting tale of murder, racketeering, money-laundering, corrupt cops, hit men, and strippers all told against the backdrop of the post-World War II period in Seattle's Chinatown with its dark alleys, secret passageways and secret ways. Colbert has us jump right in with the story when Rossiter is confronted by the headless body of his insurance agent. Rossiter, coolheaded as always, hopes the dead man thought to write a policy on himself. Why did Rossiter's insurance agent lose his head (literally) to a rusted samurai sword? Why would anyone kill his insurance agent, especially one who is bald, middle-aged, and kindly? The lingering bitterness of the war feeds the suspicions of Rossiter, private eye and veteran of the war in the Pacific. He wants nothing to do with the Harry Hashimoto case taken by Miss Jenkins, now his junior partner. She can sink or swim on her own. Rossiter has a more important case to solve. In this world you can't afford to lose your insurance agent. Tension builds when Rossiter butts heads with his old nemesis, hit man Eddie Valhalla and his gun moll, Zazu. Speaking of heads, just how many more hits to the head can Rossiter take? Between shady cops and shifting antagonists, maybe he should take to wearing a helmet. When Harry Hashimoto's brother, Frank, an embittered, decorated war hero of the famed all-Nisei 442nd Regiment, takes the bullets intended for Rossiter, saving the life of the private eye, Rossiter feels his own prejudices slip away. Armchair sleuths will have a field day with this one. Sayonaraville is a must-read book and a real page-turner. Makes a great gift for mystery-lovers!
Read more
4 people found this helpful
Helpful
Report abuse
See all reviews
Back to top
Get to Know Us
Make Money with Us
Amazon Payment Products
Let Us Help You
EnglishChoose a language for shopping. United StatesChoose a country/region for shopping.
© 1996-2022, Amazon.com, Inc. or its affiliates