Flip to back Flip to front
Audible Sample Playing... Paused   You are listening to a sample of the Audible narration for this Kindle book.
Learn more
ISBN-13: 978-1492051541
ISBN-10: 1492051543
Why is ISBN important?
ISBN
This bar-code number lets you verify that you're getting exactly the right version or edition of a book. The 13-digit and 10-digit formats both work.

Save time and trouble building object-oriented, functional, and concurrent applications with Scala. The latest edition of this comprehensive cookbook is packed with more than 250 ready-to-use recipes and 1,000 code examples to help you solve the most common problems when working with Scala 3 and its popular libraries.

Scala changes the way you think about programming--and that's a good thing. Whether you're working on web, big data, or distributed applications, this cookbook provides recipes based on real-world scenarios for both experienced Scala developers and programmers just learning to use this JVM language. Author Alvin Alexander includes practical solutions from his experience using Scala for component-based, highly scalable applications that support concurrency and distribution.

This is a cookbook of problem-solving recipes about Scala 3, the most interesting programming language I’ve ever used. The book contains solutions to more than two hundred fifty common Scala programming problems, demonstrated with more than one thousand examples.

Compared to other Scala 3 learning resources, there are several unique things about this book:

This book is intended for programmers who want to be able to quickly find solutions to problems they’ll encounter when using Scala and its libraries and tools. I hope it will also be a good tool for developers who want to learn Scala. I’m a big believer in learning by example, and this book is chock-full of examples.

Alvin Alexander took the circuitous route to software development. He managed to get a degree in Aerospace Engineering from Texas A&M University while all he wanted to do was play baseball. Once he became a practicing engineer he was volunteered to maintain the company’s software applications, and quickly realized he liked it. As a result he ended up teaching himself Fortran, C, Unix and network administration, Perl, Java, Python, Ruby, Scala, and Kotlin. During this process he started a software consulting firm, grew it to fifteen people, sold it, and moved to Alaska. After returning to the “Lower 48” he self-published two books, How I Sold My Business: A Personal Diary, and A Survival Guide for New Consultants. Since then he has written three more books: Scala Cookbook; Functional Programming, Simplified; and Hello, Scala. 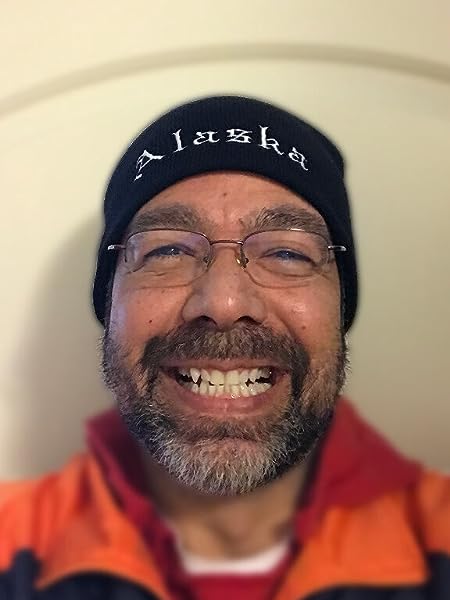 Alvin took the circuitous route to software development. He managed to get a degree in Aerospace Engineering from Texas A&amp;M University when all he was really trying to do was play baseball. Once he became a practicing engineer, he realized he liked software and programming more than engineering. So in approximate order he taught himself Fortran, C, Unix, and network administration, sed, awk, Perl, Java, Python, Ruby, JRuby, Groovy, PHP, and Scala.

During this process he started a software consulting firm, grew it to fifteen people, sold it, and moved to Alaska. After returning to the “Lower 48,” he self-published two books (“How I Sold My Business: A Personal Diary”, and “Zen and the Art of Consulting”). He also created alvinalexander.com, which receives millions of page views every year.

These days Alvin is a survivor of two types of cancer and two rare blood diseases. He runs his consulting business, Valley Programming (valleyprogramming.com), and hopes to one day get back to running his 501(c)(3) nonprofit charity, the Zen Foundation (zenfoundation.org).