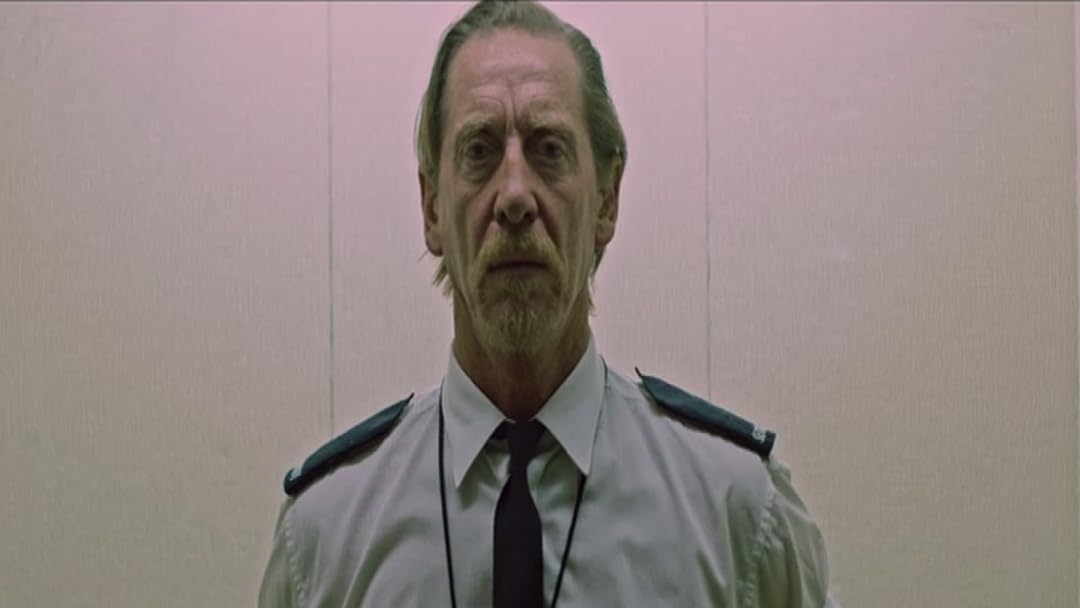 (109)
5.81 h 20 min201616+
The crew of a reality TV prank show facing dwindling ratings decides to up the ante by setting up a terrifying prank in an abandoned asylum. Things go horribly wrong when they prank the wrong guy. Brothers Colin and Cameron Cairnes (100 Bloody Acres) deliver a night of blood soaked terror full of twists and turns that will satisfy any gore hound.

The plot: TV (or maybe YouTube) prank show producer and star set up the ultimate prank on one of their own actors. Surprise, 4 or more totally different goons with scary masks show up and kill almost everyone. TV people manage to kill one of them, who's a child. Goons put one of the TV actresses in an airtight metal container and buries her alive. There're just seconds for our TV heroes (the producer and the actress who was the original prank target, the only other survivors) to rescue her. They succeed. Afterward head goon gives female TV heroine the opportunity to take one of the survivors with her. She picks the girl TV actress who was buried, leaving the TV producer to be killed. Off they go. Then it's revealed the girl TV actress is part of the Goon squad and the female TV heroine has totally been taken in. Producer is then burned in a crematorium. The end. The goons say they're pioneering a new form of "modern entertainment." This claim makes the film one of the grossest, crassest, most cynical conceits I think I've ever seen in a movie. I want my 86 minutes back, big time.

Paul H.Reviewed in the United States on January 4, 2020
2.0 out of 5 stars
Does anyone know how to end a movie anymore?
Verified purchase
I sat through it because it had a pretty decent concept. Although very predictable and they gave away way too much too early, the freaks costumes were pretty cool. However, nothing was ever really explained, nothing was ever really resolved, the ending was way too obvious, especially when the guy basically gave it away 15 minutes earlier (as if you didn't already figure it out by then anyway).

I hate movies with good ideas, and just every wrong turn along the way.
11 people found this helpful

ZraitorReviewed in the United States on May 25, 2020
2.0 out of 5 stars
Everything plays second fiddle to too many telegraphed twists.
Verified purchase
This film asks the question "How many twists does it take to make a good horror movie?" The answer: It is completely irrelevant to whether or not if a story is good and you're just annoying people.

It did have a promising start. All the actors were doing well and the setup did seem interesting. But once it starts rolling it is more concerned with trying to trick you than being a good movie. Every horror fan will see everything coming a mile away and if they don't it is just because they dismissed them trying something so dumb and obvious.

Once we get past the "Are they really gonna do that?" phase of the movie, and they really do it, it was like all the air was let out of the tires and I just continued to watch it as if a car wreck. The gore certainly was nice though but that is about it.

I also don't believe it was very realistic. That's not necessarily a problem but when your movie has so many other issues I'm not letting you off the hook for it. There is no way an organization like that could exist for long. It was so over the top and not in a fun way. Just stupid.

I don't know... In the end I just found this one too insulting. Too bad it couldn't make one final twist into a good movie.
One person found this helpful

Todd M.Reviewed in the United States on December 12, 2021
4.0 out of 5 stars
Old school horror… with a few twists.
Verified purchase
Put a film crew in an old building trying to scare an unsuspecting person and you know things are going to go wrong. Add in a new online crew that seems to be making snuff videos using the same format as the TV show crew has been using for years and they have to ramp it up or be cancelled. Some of what comes next is telegraphed but a few clever twists make it interesting and since it’s a horror film people do die but all is not always as it may appear. Well done for a limited budget film and the casting was pretty good so there was nothing to make us want to hit the back button.

NJ HuffReviewed in the United States on March 22, 2021
3.0 out of 5 stars
Solid "OK" Horror
Verified purchase
Decent characters and premise, passable acting. Nothing amazing happens, the twists were all fairly predictable and its ending was sorta lackluster but it's fairly decent otherwise. Didn't love or hate it, just right in the middle. Given all the garbage horror there is on Amazon Prime one could do a lot worse than this. Just don't expect it to be anything particularly new. If you aren't using Prime I don't really recommend going out of your way to rent it though.

Shana CowhigReviewed in the United States on November 21, 2019
5.0 out of 5 stars
Edge of your Seat
Verified purchase
I really enjoyed this movie! The acting was great and the story line had some unexpected twists and turns.
If you a horror movie fanatic then give it a shot!
5 people found this helpful

DrBluBoltReviewed in the United States on October 25, 2020
1.0 out of 5 stars
Lame
Verified purchase
So many twists, and all of them so incredibly predictable. Well acted, good production and film quality, and an interesting idea...but so obvious. Ummmm....I have other complaints about this, but they would contain spoilers. Also, it was sporadically graphic and gory, but never in a way that actually worked or furthered the storyline.
One person found this helpful

h hansenReviewed in the United States on January 16, 2020
2.0 out of 5 stars
Too many twists in the story
Verified purchase
Basically a reality show that stages scare tactics against unsuspecting people gets punked by another similar TV show that is far more violent. Too many twists in the story. Once I saw what was going on I didn't take any killing in the movie seriously. It was far to obvious early in the movie what was going to happen.
4 people found this helpful
See all reviews
Back to top
Get to Know Us
Make Money with Us
Amazon Payment Products
Let Us Help You
EnglishChoose a language for shopping. United StatesChoose a country/region for shopping.
© 1996-2022, Amazon.com, Inc. or its affiliates