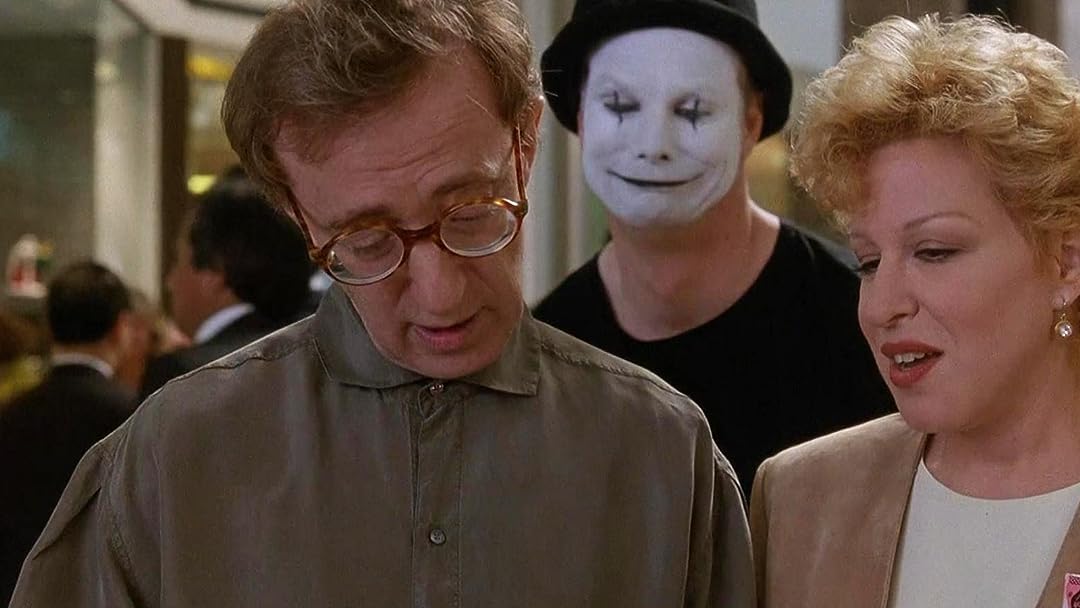 Scenes From A Mall

(172)
5.41 h 27 min1991R
A best-selling pop psychologist and a high-powered sports lawyer seem to be the perfect couple. When the couple goes on a shopping spree, they find themselves working on some of their differences and causing more damage than they intended.

Adam KovyniaReviewed in the United States on October 28, 2020
5.0 out of 5 stars
Old 90s Memories
Verified purchase
I enjoy watching this movie because it brings me back to the old days in the 90s when I was a kid. The movie is filmed in both Connecticut (Where I'm from but another part of the state) and in California. I enjoy the humor and seeing the different scenes and goings on in the mall. it has a light mood to it throughout even though the couple is going through a difficult time the movie makes light of it all.
One person found this helpful

penny's from heavenReviewed in the United States on November 29, 2013
4.0 out of 5 stars
Comedy of the most absurd
Verified purchase
But would you expect less from this cast? It's a fun film for this time of year. Laughter and expected humor are not under done and some may think it's too predictable. I though it was just right.

This is what can happen when you cheat and then try to ease your conscience. A sixteen year marriage goes on the skids when both husband and wife confess infidelity. Woody Allen plays himself again. Bette Middler is brilliant as a published psychiatrist whoes patient's interrupt her life in the most inconvenient times. Through all the drama, disappointment and hillarity you'll vote for a reconciliation before the characters do themselves.

movie manReviewed in the United States on December 17, 2011
3.0 out of 5 stars
I kind of liked this movie, though could be better,There is a problem is with this Blu-Ray disc
Verified purchase
My review is more about the Blu-Ray disc itself, more than the movie..which I do like, but it could of been much better.
I realize you get what you pay for, and this bargain Blu-Ray disc suffers from some major flaws..
1. The film was transferred in 1080i instead of the better 1080p. The image though a noticeable upgrade from the DVD disc from years ago, the colors are a tad less than expected for Hi-Def, and also it's loaded with digital enhancement, such as edge enhancement. You can tell this is most likely from the original DVD master, but as I said a noticeable improvement over the DVD.
This however isn't the major problem, the major problem is...
2. The DTS Master Audio 2.0 track, which is a surprise as the box lists the audio as a plain Dolby Digital track. Unfortunately, the the volume is so low on this track, I had to raise it up 60, when I usually always have my amp between 22 to 35 depending on time of day. I don't care if it's a cheap disc or not there is no excuse for this error. Other than that I like this movie, and matter of fact liked it more now than back when it first was released theatrically.
Just which the picture was 1080p and sound was recorded at a normal level.. yes it's under $5 and wasn't expecting a big remaster.. but i did expect to at least hear the film.

AndrewReviewed in the United States on September 27, 2012
3.0 out of 5 stars
Best appreciated by Woody Allen and/or Bette Middler fans
Verified purchase
I'm a Woody Allen fan. I've seen most of his movies and have enjoyed most (but not all) of them. I found this movie amusing but falling a bit short of his better work. His character in this movie, in my opinion, does not engage the sympathy of the viewer at the same level as characters he has successfully created in the past. This is not to say he doesn't do a good job with it, it's just to say he didn't "reach" me in this character as he has previously.

Bette Midler was absolutely perfect in the role of his all-too-human, far-less-than-perfect wife. (I'm not necessarily a Midler fan, but kudos to her in this role. Great job, Bette.)

Still, I would certainly recommend this film for the purpose of killing a couple of hours of otherwise available time. It's not going to educate or elevate you, it will not ask you to re-evaluate your life, but you will chuckle . . . and, sometimes, that's quite enough. It's a pleasantly diverting bit of fluff.
4 people found this helpful

Joanne CordaroReviewed in the United States on June 3, 2017
5.0 out of 5 stars
Fun movie
Verified purchase
Funny movie. Woody Allen + Bette Midler = hysterically funny!! True, I love both of them, especially Woody! ❤❤. In this movie, Woody plays against typecast and his character is very much a non-NYer AND sports a ponytail! The bedroom scene had me snorting with laughter!
2 people found this helpful

otowngrl2012Reviewed in the United States on April 2, 2015
4.0 out of 5 stars
A Walk Down Memory Lane
Verified purchase
This is not Woody Allen's best film, but it's fun and entertaining. What I especially like about it is the fact that it's a snapshot into the mall culture--and LA culture--of the early 90s. For me, Scenes From A Mall is an enjoyable film that takes me down memory lane to a time before cell phones and internet shopping.
4 people found this helpful

JenniferReviewed in the United States on July 21, 2021
5.0 out of 5 stars
Not bad
Verified purchase
Good movie

John A. LeraasReviewed in the United States on October 12, 2016
4.0 out of 5 stars
Good Comedy.
Verified purchase
Woody does it again, creating a situation, not so unusual as to be really strange, seeing the humor in it and developing a story line that is both entertaining and at the same time great comedy.
See all reviews
Back to top
Get to Know Us
Make Money with Us
Amazon Payment Products
Let Us Help You
EnglishChoose a language for shopping. United StatesChoose a country/region for shopping.
© 1996-2022, Amazon.com, Inc. or its affiliates