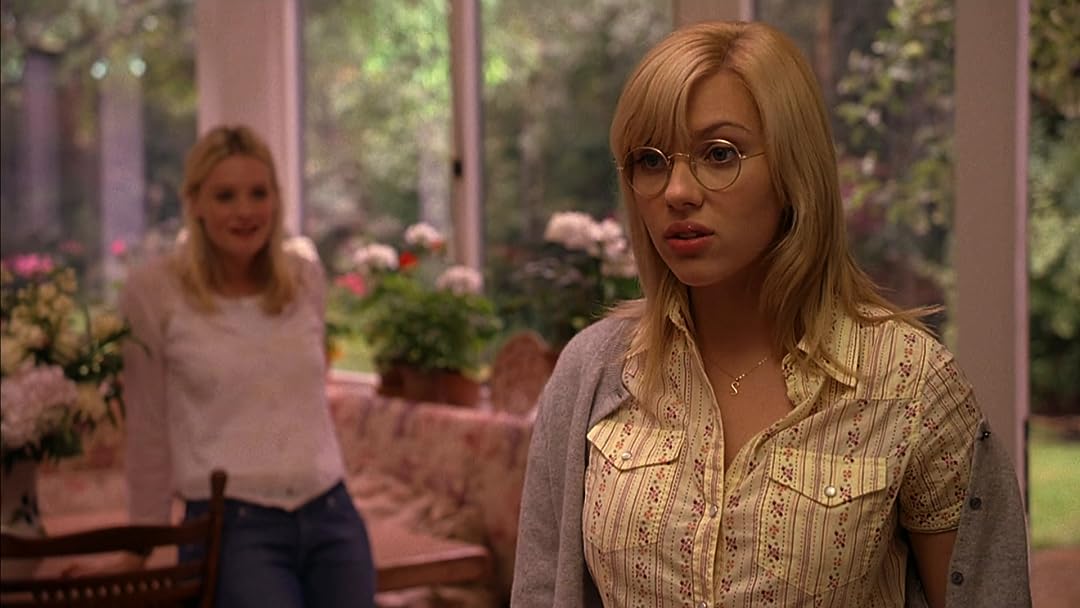 (680)
6.61 h 36 min2006X-RayPG-13
HD. Woody Allen's hilarious murder mystery about a student reporter who tracks a notorious killer with help from a hack magician.

Debra E. M.Reviewed in the United States on November 29, 2020
3.0 out of 5 stars
Annoying
Verified purchase
Beautiful cinematography and Scarlett Johansen is always interesting to watch, but the plot is scraps pieced together from other Woody Allen films. His stuttering silliness got on my nerves, and his and Scarlett's wardrobes seem to have been selected from a garage sale. Mismatched, wrinkled and ill-fitting. Which I probably wouldn't have noticed if there had been anything to distract me. Would give it 2 stars if I wasn't such a big fan of Woody Allen.
14 people found this helpful

SolaPoweredReviewed in the United States on July 20, 2021
1.0 out of 5 stars
Ian McShane actually showed up for work BUT NOBODY ELSE DID
Verified purchase
Scarlett and Woody are reading dialog that is written in half-thoughts and interruptions, but their pauses, trail-offs, speed of speech don't match the pacing of the dialog. It's very painful to watch.

"I'm acting frantic right now" she stated, relaxing visibly as soon as her line was done.

Romola Garai, whoever that is, actually manages to deliver lines as if she's thinking about what she's saying, and makes Johansson look like it's her first day on the job. 25 minutes was quite enough for me, bye.

DetectorReviewed in the United States on July 4, 2021
3.0 out of 5 stars
Weak
Verified purchase
one of woody's more anemic films. scarlett johansson...sh initially reminded me so much of my first love interest, she also of one jewish, one scandinavian parent, looked much like her when we were young. So, I was a fan. But truth dawned on me eventually, that Scarlett, unlike the first girlfriend I really fell for, is kinda wooden. I guess woody saw this as an endearing handicap fitting a would-be dental hygienist, indeed, his character alludes to her character in the movie as being handicapped, and we know he means not physically. The script itself is equally wooden, Woody's role leans heavily on repetitive patter. Yeah, it's a little funny that his magic tricks aren't magical, but barely. The movie is not totally devoid of charm, not annoying and tedious the way Magic in the Moonlight was. , Woody musta had someone helping him remember stuff when he was making Rainy Day in New York because it is a far better movie than these antecedents.
3 people found this helpful

WJReviewed in the United States on July 21, 2021
1.0 out of 5 stars
Same WA dead-on-arrival sophomoric junk,
Verified purchase
Jul 2021 - plot is sophomoric and predictable. WA’s performance - if you can call it that - is annoying. His role adds nothing to the movie, in fact his character is useless. WA’s acting is summed up as an annoying person playing an annoying person. How does WA get away with pitying this drivel on the screen over and over. Spoiler alert - you can figure out ‘who done it’ after 15 min max. Din’t waste either time or money on this junk.
6 people found this helpful

OutdoorsmanReviewed in the United States on July 27, 2021
3.0 out of 5 stars
Next Time Just Direct
Verified purchase
I kept thinking how good this movie would have been if Woody Allen just let the actress carry the movie, had not inserted himself in the movie and just stuck to directing. The movie story itself is entertaining and the Actress was especially good. I even watched another of her movies a few days later, because she is such a talented actress. I liked Wood Allen in his past movies, but now find his outdated style irritating and distracting. He brings the same character he did back 50 years ago and what was funny then now seems adolescent.
3 people found this helpful

K.F.Reviewed in the United States on July 3, 2021
3.0 out of 5 stars
Predictable and mostly flat
Verified purchase
Can't help but think the writing was rushed. The movie would have been better without Woody Allen doing his neurotic shtick. It worked when he was younger and before his legal troubles. Who is going to complain about looking at Hugh Jackman and Scarlett S? He treated this movie on the surface, the jokes predictable, as was the ending. No surprises here.
3 people found this helpful

mswoonReviewed in the United States on August 3, 2021
1.0 out of 5 stars
The meandering dialogues put me to sleep
Verified purchase
A movie by Woody Allan showcasing himself as an inquisitive magician, a role Ill suited for him. The plot was given away very early - the writers did not try hard to find a reason for Hugh Jachman to be the killer. In the end, how the secretary was poisoned was not important. And Joe the reporter did not matter much. And that Scarlett Johansson’s character had to know how to swim was so very clear. Even though she had not died, she hardly had anything to pin it on the murderer.

There is nothing really good about this movie.

One star for teaching me something - in 2006 when the movie came out, Smart Cars are already in production.

Craig OwensReviewed in the United States on July 27, 2021
5.0 out of 5 stars
Hearkens back to the Woody Allen of Old
Verified purchase
Despite all the scandals in his personal life and the many attempts to "cancel" him, Woody Allen remains one of the great filmmakers of all time. "Scoop" is one of his better films, thanks primarily to his own comic appearance. His nebbish stammering and awkward rants hearken back to an earlier era when he was one the unconventional wits of the 1960s and 1970s. Although "Scoop" isn't a joke-filled/sight gag movie like the ones in his early career, it still has a few laugh-out-loud moments. Scarlett Johansson and Hugh Jackman are also fun to watch.
One person found this helpful
See all reviews
Back to top
Get to Know Us
Make Money with Us
Amazon Payment Products
Let Us Help You
EnglishChoose a language for shopping. United StatesChoose a country/region for shopping.
© 1996-2022, Amazon.com, Inc. or its affiliates