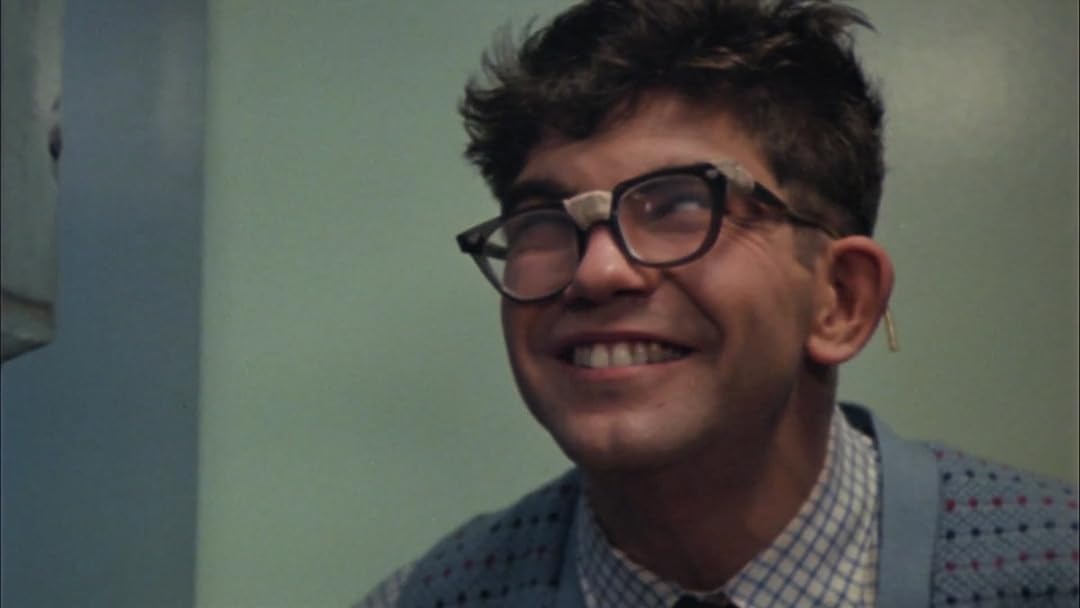 (154)
4.71 h 19 min1983R
It's 1965 and the randy students at Taft and Adams High School are out for revenge on the uptight homecoming queen Purity Busch in a wild comedy that really scores.

JayJayReviewed in the United States on November 23, 2018
5.0 out of 5 stars
This movie is UL approved.
Verified purchase
If you have never participated in a riot at the drive in, or gone girl watching at the beach while buried in the sand, or gone to a strip club with a slide rule, or been seduced by a biology professor, or pushed a home ec teacher in a wheelchair off of a balcony, or magnitized the home coming queen's dress, then clearly, you were not alive during the 80's. In fact, all of the above was merely typical Thursday afternoon between the end of school at 3pm and The Cosby Show at 8pm. As you will learn, T & A goes all the way. This movie is UL approved.
18 people found this helpful

Avid readerReviewed in the United States on November 28, 2018
3.0 out of 5 stars
Mindless obviousness
Verified purchase
I had low expectations for this movie, and it met those. But it was stupid, funny, and not a waste of time. From the name of the high school (Taft & Adams = T&A) to the fact that the adults appeared to be close in age to the so called students. There seemed to be no shortage of attempts to see the girl's bare breasts, and it was usually met. The skit with strip bowling was certainly unique, and funny. The movie was full of stereotypes, but the nerdy guy was not well written. If one is going to use a nerd then don't insult the character by having him use a slide rule as if it were a ruler. However, in the end, it was his idea that worked to reach the goal of the movie. The movie is rather inoffensive, over the top, and it seemed like most in the movie were having fun. And what more could one want of a movie of that type?
8 people found this helpful

There's actually no hanky-panky as every instance is interrupted by hijinks and slapstick accidents. But there is plenty of innuendo and bare-chested women. It's almost like the purpose of the movie was to show off phallical images and the body of women. As a matter of fact, 5 guys and a couple ladies make it the movies theme to try and get a "pure" girl to finally show her own body to them.

This was partially written by the same female actor who stripped down a few times in the movie and played up the sexually-obsessed vixen roll.

Hollywood, man. The women are just as perverted as the men, if not more so.

Mr. Muh4kin ExQuireReviewed in the United States on March 20, 2021
3.0 out of 5 stars
Slightly ok.
Verified purchase
For me the film is slightly below average because although i expected it to be a "teen sex comedy" and therefore not high art or thespian affair. I did feel it was weaker as a teen sex-based comedy overall. Although I try to take into account my era teen sex comedys were in 90s so I may ve comparing it to American Pie, Superband, Sex Drive, the 1 million and 1 bad National Lampoons. I can't compare it to the contemporaries of its era like Meatballs or Porky's yet. Maybe I could compare it to Revenge of The Nerds which was funny but I dont fully recall it or if I was thinking of one if it's sequels but if I was it didn't reach that mark.

The story progression and maybe the story itself was all over the place but the overarching plot was that a ragtag band of highschoolers from all different cliques/backgrounds (nerdss, weirdos, jicks, pretty boys, newkid) that probably would never band together in real life all get sent to detention because of the prude goody-twoshoes Purity Busch who by her name has never done 'anything' with anyone at T&A Highschool. So they plan/scheme ploys to see her boobs. Hijinks ensue.

The humor elements of the film try to throw everything into the mix. You have Benny Hill style slapstick, doubel-entendre wordplay, physical/prop humor, and antics based humor and even bad ADR and sound effects based humor. Some of it is indeed funny and got a very very mild laugh from me. Most of the antics tho seemed predictable (although some were creative the nerds mirror setup or the bowling alley one). There is also a fair bit of nudity as its an 80s sex comedy. I feel like there was more nudity in this than I expected lol. Speaking if nduity what really caught me off guard was while i had this cued i didnt expect to watch it as recently as i did. The only reason I watched it this early was because I was watching Chopping Mall written/directed by Jim Wynorski and the Trivia said he and his wife/gf, Linda Shayne, wrote Screwballs. After some digging I seen she went to university SNF graduated with high honors so I was curious to how someone who was pretty smart even could write low-brow humor. I didn't know she would be an actress (the Goodhead character) and topless herself. Not that there is anything wrong with that and her body her right ra ra feminism blah blah. But it certainly caught me off guard. Also good thing she was cool enough to show them off it before she got old and her skin sagged or wrinkle because all I gotta say was DANG them thangs were pretty!

AM/FMReviewed in the United States on January 7, 2022
1.0 out of 5 stars
4th Grade Potty Humor Runs Amok!
Verified purchase
How anyone could score this higher than 1 star can only mean they left their intelligence back at the 4th grade. This isn't sophomoric or even juvenile horny humor. This is pure immature garbage put to film. If it weren't for digital photography, I doubt the producers would have found the funding to pay for the amount of film necessary to make this fiasco. As it is, they skimped enough on budget already. If this is supposed to be set in the early 1960s as evidenced by the cars used, what happened to getting the boys period appropriate haircuts? Girls didn't wear colored bras that can be seen through their sweaters in that day and nerds didn't use a slide rule to measure distance when they should have used a ruler. With a little bit more effort and budget and a better director, this could have been a pretty good spoof on the boy/girl flicks of the early 1960s.

I've seen most every silly teen comedy from the '80s. Some are hilarious. Some were hilarious, but didn't age well. And some were just OK. Very few, however, were complete junk. This movie is complete junk.

I was bored, so I did watch the whole film. I'm not sure I really laughed once. And, when they finally get to the big finish, which is purely visual, they immediately slap the closing credits over it all.

The people who made this movie were either clueless, lazy, or talentless.

ConsumerReviewed in the United States on August 7, 2016
5.0 out of 5 stars
A very romantic movie!
Verified purchase
This is another romantic comedy to watch on a first date. It can be a great holiday movie to watch with family, friends, and the good old In-laws. Everyone will just laugh and it will make great holiday fun. You will want to go bowling after you see this movie.
20 people found this helpful
See all reviews
Back to top
Get to Know Us
Make Money with Us
Amazon Payment Products
Let Us Help You
EnglishChoose a language for shopping. United StatesChoose a country/region for shopping.
© 1996-2022, Amazon.com, Inc. or its affiliates