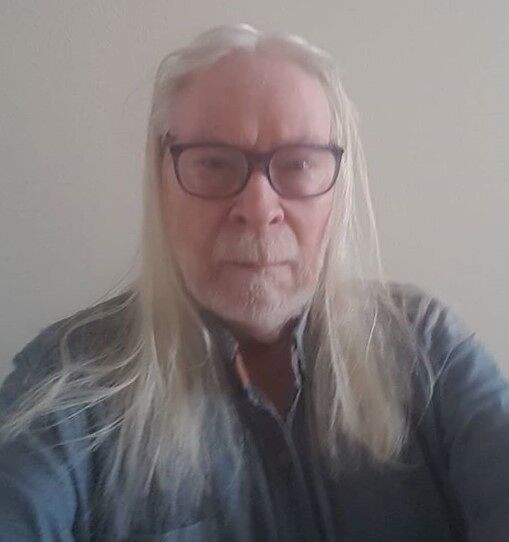 by Laer Carroll (Author)
4.4 out of 5 stars 77 ratings
Book 5 of 5: Shapechanger Tales
See all formats and editions
Sorry, there was a problem loading this page. Try again.

Kidnapped to be forced into prostitution but accidentally killed, marine biologist Sylvia Connelly wakes under the waters offshore of Puerto Rico a sea monster. Regaining her memories and life on land she sets out for revenge.
Read more
Previous page
Next page

Marine biologist Sylvia Connelly lives in a universe where the British Empire, the United States, the Russian Federation, and the Chinese Empire are supreme. It is the 1990s and space travel is routine.

Kidnapped to be forced into prostitution but accidentally killed, she wakes under the waters offshore of Puerto Rico a sea monster. Regaining her memories and life on land she sets out for revenge.

But before she indulges herself she must fulfill other obligations.  They lead her to fame and notoriety, finding a way to talk with dolphins, and working for the Argentine space travel company ArgenSpace.  Who knew the path to revenge could be so twisty?

Laer Carroll is a retired aerospace engineer. He worked most recently at NASA and Boeing. There Laer worked on many cutting-edge projects. This included the space station, deep-space probes, military and commercial jets, UAVs, and other projects once science fiction.
Start reading Sea Monster's Revenge (Shapechanger Tales Book 5) on your Kindle in under a minute.

Laer Carroll is a retired aerospace engineer. He worked most recently at NASA and Boeing. There Laer worked on many cutting-edge projects. This included the space station, deep-space probes, military and commercial jets, UAVs, and other projects once science fiction. So it was natural when he retired he thought to become a professional sci-fi writer.

But Boeing sent him to Montreal for a week to liase with a customer during the first snowfall of the year. He stayed downtown in a turn-of-the-century renovated hotel. It was amidst a massive renovation of tall buildings, some of them near skeletons. The gently swirling snowflakes lent a mist of unreality to everything. At night, returning from dancing the Argentine tango or dining out where everyone spoke French, he might have been in a fairy city of the past or a time-devastated future city.

Mid week, in the middle of the night, he awoke in his fin de siecle room wound in his bed sheets. But in the dark he was a she in mid-1800s Ireland. Her name was ... Mary ... McCarthy. And she was in her grave.

So began the birth of the alternative history Shapechanger Tales series.

Ed Patterson
5.0 out of 5 stars Don't get a Shapechanger Mad
Reviewed in the United States on July 5, 2012
Verified Purchase
Sylvia Connelly is a marine biologist that was killed when a kidnapping attempt to sell her into prostitution goes wrong. Her body is dumped in the ocean, which causes the Shapechanger that she becomes to have aquatic forms in addition to her human form. Now she is on a mission to get revenge on the kidnappers and the international prostitution ring behind them. While she is searching for them she finds a cure to save her niece's life and joins ArgenSpace, the semi-private company leading mans commercialization of space. Once on Space Island she befriends dolphins who were attacked by fishermen.

Her efforts to find those responsible for her death, leads to her killing others in the trade when they go after the bait, herself, that she tempts them with. She manages to barely stay clear of the law before she finds the lead to those she is after.

The last third of the book is her going full out against them. Very good action but I will not go into that part of the story and ruin the surprises.

On the cover of Sea Monster's Revenge, Laer's portrays Sylvia as the mix of human and sea monster forms that she is able to take. The pretty woman that kidnappers thing they capture easily turns into a nightmare for them.

Note: I became aware of Laer Carroll's writings from his website, shapechangertales.com. I have read incomplete versions of all his published and unpublished work in the Shapechanger universe there. I wrote my reviews of his work so he will be encourage to write more Shapechanger tales when the number of sales increased. I am ready to spend my money on the next story as I have on the first four.

I am Ed Patterson writing this review under the account that I share with my wife Pamela. At Amazon, I am into SF and she is into shiny things.
Read more
5 people found this helpful
Helpful
Report abuse

JMN4555
5.0 out of 5 stars Intriguing and exciting story!
Reviewed in the United States on May 9, 2021
Verified Purchase
Congratulations to Laer Carroll for this amazing series. It’s extremely hard to find such an interesting and exciting author who not only writes intelligently but also provides top rated plots, characters and excitement in the stories. I’m really looking forward to the next book.
Read more
Helpful
Report abuse

Kindle Customer
4.0 out of 5 stars A pleasant "science fantasy" with an overpowered hero
Reviewed in the United States on July 14, 2020
Verified Purchase
After Sylvia wakes up as a shape-shifting creature, she pursues her assailants, while having fun and enjoying her superhuman abilities. It's an entertaining novel, with little suspense due to the hero's mostly hidden abilities. It's enjoyable but not particularly memorable.
Read more
Helpful
Report abuse

Amazon Customer
5.0 out of 5 stars Active adventure
Reviewed in the United States on November 18, 2020
Verified Purchase
It was an adventure read. Fantasy trying to deal with reality. I would read this author again
Read more
Helpful
Report abuse

GySgt USMC(Ret)
5.0 out of 5 stars great addition to the series
Reviewed in the United States on December 9, 2018
Enjoyed this addition to the basic ideas expressed in the earlier novels, short stories and mind expanding writing. There is a need here and in the earlier writings for advanced editing, smoothing,and combining repetitive expressions, ideas and statements in each of the chapters. I would offer to help if such a need is recognized.
Read more
Helpful
Report abuse

Kindle Customer
4.0 out of 5 stars Decent
Reviewed in the United States on August 18, 2020
Good story, plenty of action, touching scenes with dolphins. Good concept to treat them as good as us, if they and the whales get very angry at us, we could be in trouble.
Read more
Helpful
Report abuse

Jill Wilson
5.0 out of 5 stars Different but very good!
Reviewed in the United States on October 17, 2018
I really liked this character, she was brave and smart and used her power to help others. All attributes that make for a great story. Whenever thought herself above others be they prostitutes or jail prisoners. I thought it was well written and very engaging.
Read more
Helpful
Report abuse
See all reviews

Tallisman
4.0 out of 5 stars Four Stars
Reviewed in the United Kingdom on July 24, 2015
Verified Purchase
Got any more coming? please say yes!
I do have one thing of note; alzheimers is a disease that affects the mind and memory, I believe parkinsons, or muscular dystrophy would be more accurate.
Read more
Report abuse

Besouro
2.0 out of 5 stars Not a good book , sorry
Reviewed in Germany on November 29, 2020
Verified Purchase
I read a couple of the author's books and found them nice fun, pure escapism. But this book was uninspired and boring. I had to push myself to finish reading it. A rather plodding and pointless story, without urgency or even growth of the protagonist. Meh
Read more
Report abuse
See all reviews