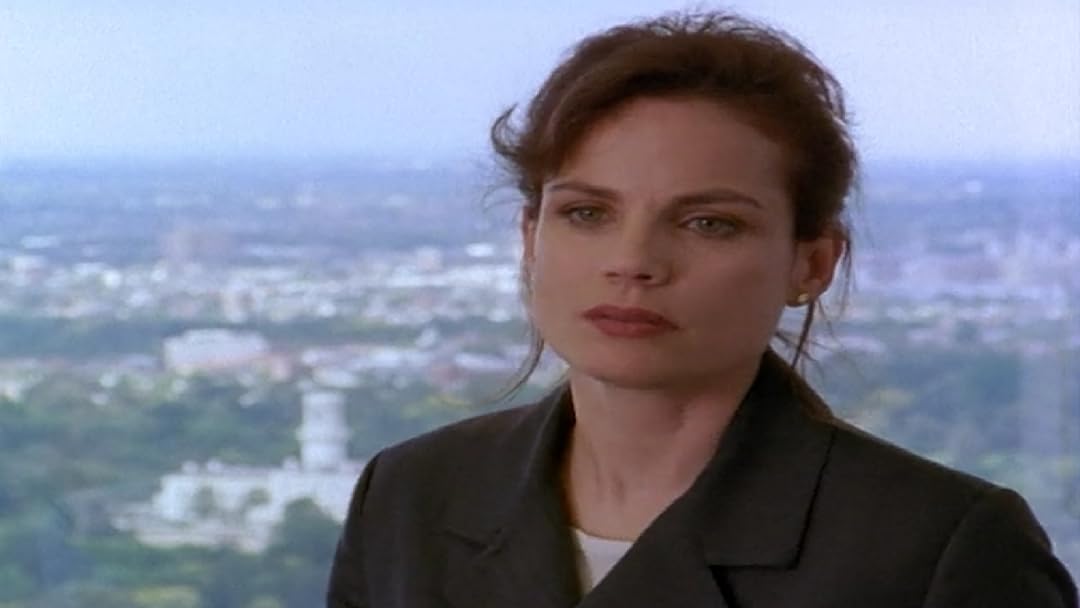 (35)
1998X-RayTV-14
When Laura Gibsonâ€™s (Sigrid Thornton, Wentworth) life suddenly falls apart, she decides to make a fresh start with her two children in a small coastal town. But Pearl Bay isnâ€™t exactly the seaside idyll she remembers from a vacation years before, nor are the locals quite so charming-except perhaps for handsome Diver Dan (David Wenham, The Lords of the Rings films, Top of the Lake).

Marina E. MichaelsReviewed in the United States on September 8, 2020
1.0 out of 5 stars
I don't think the protagonist is supposed to be a psychopath, but she's written like one
I very much don't like to post bad reviews. I know tastes vary and something I dislike might be just the thing for someone else. But in this case, I feel it could be helpful to the empathic to hear what the protagonist is like.

I think the intention is for the audience to like the protagonist and be rooting for her. But the writers make that impossible. Her lack of remorse and inability to accept responsibility for her actions could have been the topic of any number of TED talks and YouTube videos about psychopaths.

Let's take the family cat as a representative example. In the first episode, the protagonist nearly kills the cat. She not only doesn't care, she wants to leave it dying on the floor. When her children protest, she says she'll take it to the vet when she gets off work at the end of the day. Her children rightly point out that the cat will be dead long before that, and force her to take the cat to the vet.

Nearly killing the family cat isn't funny. Not feeling any remorse for her actions is alarming. Brushing off her children's pain is therapy-level bad parenting. Saying she hates the cat "anyway" because she's allergic to cats is a wildly inappropriate reason for wanting it to die.

Worse yet, when she finds the vet is going to charge a few thousand for the necessary surgery, she wants the vet to euthanize the cat rather than spend the money. She's about to be made a partner in a major law firm. Money shouldn't have been an issue.

And that's just one example from the first episode.

Ever the optimist, I alternated between watching and fast-forwarding through the rest of the first season hoping to see the protagonist redeemed. She isn't.

Candid OneReviewed in the United States on July 16, 2020
2.0 out of 5 stars
Difficult lead
I find the lead actress impossibly silly. She is truly worse than a spoiled teenager.
My sense of the other actors in the show is nice as I feel that they are aware of what ensemble means.
This is a lighthearted show with lots of funny as well as touching moments. It's this ridiculously immature lead that ruins the fun. I was not that silly when I was in my late teens much less when I was approaching 40. Her overworked facial indications are annoying and her inability to grasp that the world does not revolve around her is impossible to take without a scrap of self-effacing humor. It does not seem to be the writers but rather Ms. Thornton's lack of skill.
5 people found this helpful

CheeseheadReviewed in the United States on April 19, 2020
5.0 out of 5 stars
Gem of an Australian Series
I love the easy pace of Australian TV series. The characters develop as the season goes on. Nothing is rushed. The central theme in Pearl Bay is the repair of a bridge. Many subplots and the lives of the supporting characters revolve around the efforts to repair the bridge. This series is an easy to watch gem.
5 people found this helpful

Big MommaReviewed in the United States on September 15, 2020
4.0 out of 5 stars
4 stars and one star gets left behind
After watching all of the first season, I have to leave one star behind as I head into season 2. Early on, the viewer becomes aware that the writers and producers just don't have a good idea what to do with romance - there has been a lot of waiting and now the payoff is so slapdash and ordinary.

Squandered: all the time that could have been spent showing the culinary skills of the main male lead. After all, the lady lawyer seems to be forever a beginner in the kitchen.

Squandered: the tantalizing moments when the couple must interact without spending too much time together, hindered by family obligations (her part) and fear of commitment (his part).

Worst of all: in the second season, her 'first husband' (are they divorced?) has been replaced by a different man who does not even weakly resemble the man we met in season 1. What?

I still remember the highlights of the first season, all having to do with the dramas of the townspeople. A few episodes dealing with well-kept secrets of mental illness stand out as exceptional, even compared to modern U.S. television. Such outstanding television!

I will continue to watch because I do like the female lead. Her lawyerly instincts (legal instincts?) and sympathetic feelings are always at odds, but she makes it work.
One person found this helpful

bunnyrabbit4Reviewed in the United States on September 3, 2020
2.0 out of 5 stars
Painful to Watch first episode
In order for me to enjoy a program, the characters have to be at least believable and I have to care about what is going to happen to them. This series is about a corporate attorney, Laura Gibson, who decides to return to an idilic vacation home visited years before. Her work has consumed her life and everyone in her family has in one way or another destroyed themselves trying to live up to her expectations, even though she never talks to them, making you wonder how they even found out what she wanted from them. But she still goes into a frenzy and decides to run away dragging the kids with her after stepping on and almost killing the cat. Throw in animal abuse if you aren't tired of her already.

Her persona is simply vile, self centered and blind without redeeming characteristics to the point where you find yourself cringing. The only sure thing about her is that she is the kind of legal bargainer who could win any contest of wills. So it makes no sense when she buys the vacation home over a sham phone auction for which she has done zero preparation. She doesn't even check Zillow! What happens is so predictable you don't even want to watch. One episode is enough for me.
3 people found this helpful

LuisaReviewed in the United States on October 20, 2020
3.0 out of 5 stars
quirky Aussie seaside town
I enjoyed the first season which is an introduction to all the quirky characters. This show has a similar storyline to "800 Words" - city dweller takes off for the coast with 2 teenagers in tow and makes a new home among the idiosyncratic rural townfolk. Unfortunately, Seachange is neither as interesting nor as funny and the beach area is only so-so. I'm into the second season and find that the storyline is redundant and stale. The characters aren't growing more interesting , except for the Jelly family who are hilarious. I don't mind the new actor for the husband of the protagonist, but I'm sorry that Diver Dan is gone. It seems that the inspiration is gone and so am I.
One person found this helpful

Malthus500Reviewed in the United States on August 13, 2020
1.0 out of 5 stars
Wow...horrible.
Brilliant lawyer who doesn’t know husband can mortgage house? Cannot get up on time? Thinks she should not be “judged” b/c she cannot give 100 % to firm? Should be Offensive to most working women. This show is poorly written by people with zero corporate experience and falls flat. It is neither humorous nor realistic. And BTW, the acting is BAD.
3 people found this helpful

JWReviewed in the United States on May 1, 2020
3.0 out of 5 stars
Just a little too silly.....
I wanted to watch this because of the charming scenic town and to watch the beach house become livable again. However some of the characters of the town were just too annoying and the main actress too spastic (no way she could have survived in corporate law). I gave it 3 stars for the sea scape.
3 people found this helpful
See all reviews
Back to top
Get to Know Us
Make Money with Us
Amazon Payment Products
Let Us Help You
EnglishChoose a language for shopping. United StatesChoose a country/region for shopping.
© 1996-2022, Amazon.com, Inc. or its affiliates