You've subscribed to South Carolina Sunsets! We will preorder your items within 24 hours of when they become available. When new books are released, we'll charge your default payment method for the lowest price available during the pre-order period.
Update your device or payment method, cancel individual pre-orders or your subscription at
Your Memberships & Subscriptions
There was an error. We were unable to process your subscription due to an error. Please refresh and try again. 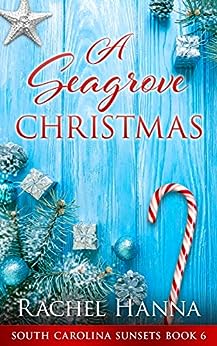 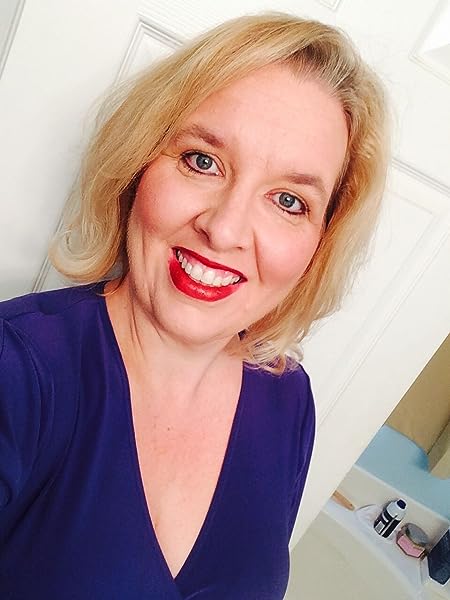 Listen with Pride
Explore the diverse array of titles—some funny, some brave, some thrilling, some sad—to find connection and inspiration. See more
Books In This Series (8 Books)
Complete Series 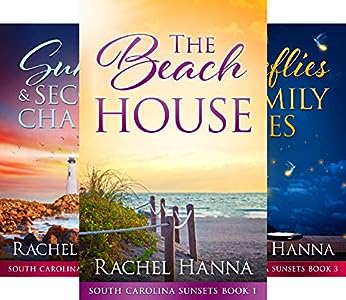 4.6 out of 5 stars
4.6 out of 5
1,932 global ratings
How are ratings calculated?
To calculate the overall star rating and percentage breakdown by star, we don’t use a simple average. Instead, our system considers things like how recent a review is and if the reviewer bought the item on Amazon. It also analyzes reviews to verify trustworthiness.
Top reviews

Eddist Rhett
5.0 out of 5 stars Christmas at Seagrove with Julie and Dawson
Reviewed in the United States on December 26, 2020
Verified Purchase
Well it wasn't just Julie and Dawson; they adopted Dylan his long lost mom ( Tina /Christina) shows up unbeknownst to any of them until after Christmas. Amy, the Social Worker that helped the the camp at Inn that Colleen and Tucker ( Julie's daughter and boyfriend) sponsored, knew there was something familiar about Tina. Amy, helped with Dylan's adoption, just as Dawson and Julie got married! William came back to Seagrove, couldn't live without Janine. Dixie, now diagnosed with Parkinson disease met and married Harry at treatment center. Julie's daughter Meg gave birth to a baby girl (Vivi), she and Christian ( her French Professor boyfriend) gets engaged. And, Meg meets Darcy after their children Vivi and Hatcher were born and they went to classes to deal with post partum and become great friends. Darcy goes to work for SUAnn ( Julie and Janine's mother)at her bakery. Nick Suann's high school sweet heart shows up! Henrietta( mayor's wife)and SuAnn become friends after Hen cheats at Pie Fest and one of the officials came to SuAnn to let her know she really won! SuAnn handles Henerrietta after that even getting her award! Nicholas, turnout has been looking for SuAnn for years off and on, they finally, decided to take a chance and be together. Another, addition to South Carolina Suset! I'm South Carolina lady and I love your stories; waiting on #7! I didn't review them all but, reference them!
Read more
One person found this helpful
Helpful
Report abuse

Kindle Customer
4.0 out of 5 stars 4 Stars
Reviewed in the United States on November 18, 2020
Verified Purchase
4 stars for A Sea grove Christmas, book 6. Nice to revisit Julie and Dawson and their adopted son Dylan. There's something going on with SuAnn and she's not talking. Meg and Christian get engaged, finally and its Christmas in Sea grove. Enjoyable read.
Read more
2 people found this helpful
Helpful
Report abuse

Kindle Customer
5.0 out of 5 stars Good read!
Reviewed in the United States on March 1, 2021
Verified Purchase
Love how the members of this family come together and love a small town Christmas! Most of us seem to be on our best behavior during the Christmas season, maybe we are really trying to be more Christ-like? There are a few twists and turns, a few misunderstandings, but everything works out and folks are ready for new beginnings.
Read more
Helpful
Report abuse

Kindle Customer
5.0 out of 5 stars Christmas at the beach.
Reviewed in the United States on November 26, 2020
Verified Purchase
This is the sixth book about two sisters getting a second chance at love. Occurs in a small coastal South Carolina town.A family pulls together to overcome any obstacles that occur. Looking forward to reading the next chapter due to be published in early 2021.
Read more
Helpful
Report abuse

mazon Customer Angela Watts
4.0 out of 5 stars Merry Christmas
Reviewed in the United States on December 23, 2020
Verified Purchase
Another book about family at SOUTH CAROLINA!! Dawson and wife adopting a son! Not only newly weds but PARENTS. Their first Christmas together with all their family and friends, plus a surprise visiter. Love this series and I know you will too!!!!!💕
Read more
Helpful
Report abuse

Kindle Customer
4.0 out of 5 stars Christmas, peace of mind & forgiveness
Reviewed in the United States on December 6, 2020
Verified Purchase
Cute story about a small town, family and forgiveness. There's an engagement, a cookie party, a stranger, family challenges and forgiveness. All rolled into this quick read. Not my typical type of author but a nice story.
Read more
Helpful
Report abuse

NB
5.0 out of 5 stars Happy Holiday read!
Reviewed in the United States on November 18, 2020
Verified Purchase
The family is busy preparing for Christmas. A stranger comes to town, someone finds her long-ago love, new family members visit. Just the perfect story for this holiday season. This series is so enjoyable to read. I recommend it to everyone.
Read more
Helpful
Report abuse

Sharon R.
5.0 out of 5 stars Wonderful book
Reviewed in the United States on November 19, 2020
Verified Purchase
What a fun, quick read! I have really enjoyed this series. The storylines are great and the characters are so much fun to read. I look forward to reading more books in this series.
Read more
Helpful
Report abuse
See all reviews