Open Season (A Breed Thriller Book 2) and millions of other books are available for Amazon Kindle. Learn more 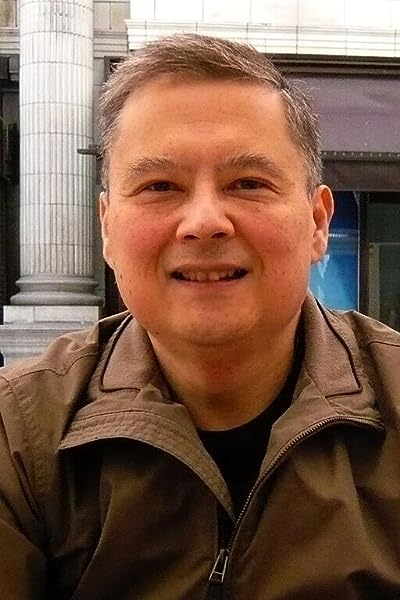 by Cameron Curtis (Author)
4.5 out of 5 stars 3,716 ratings
Book 2 of 4: A Breed Thriller
See all formats and editions
Sorry, there was a problem loading this page. Try again.

The Taliban want her dead. But first they have to get past Breed.

Breed, a Delta Force veteran, is surprised when he is called to meet an old acquaintance—CIA agent Anya Stein. She offers Breed a mission he can’t refuse—to rescue an American soldier, Robyn Trainor, held captive in the mountains of Afghanistan.

When the mission goes sideways, the Taliban hunt Breed and Robyn over some of the harshest terrain on the planet—thousand-foot cliffs, wailing wind, and freezing nights. It’s a landscape from hell, every bit as lethal as the killers chasing them.

As the Taliban close in, Breed finds the stakes are higher than he ever dreamed—because Robyn Trainor is not what she seems. She is a player in a greater game. One that ends with an explosive showdown in Washington DC’s highest corridors of power.

Page 1 of 1 Start overPage 1 of 1
Previous page
Next page
Start reading Open Season (A Breed Thriller Book 2) on your Kindle in under a minute.

Cameron Curtis has spent thirty years on trade floors as a trader and risk manager. He was on the trade floor when Saddam’s tanks rolled into Kuwait, when the air wars opened over Baghdad and Belgrade, and when the financial crisis swallowed the world. Having written fiction as a child, he is the author of the Breed action thriller series.

Diane Goldhammer
5.0 out of 5 stars Mind blowing suspense!
Reviewed in the United States on May 22, 2021
Verified Purchase
Another great book in the Breed series! The author does a fantastic job of creating a truly suspenseful, intriguing, and enthralling story. There are so many red herrings you're never sure who the good guys are from the bad. I was truly shocked at who some of the bad guys were. I am so looking forward to the next book!
Read more
One person found this helpful
Helpful
Report abuse

Eric Cunliffe
5.0 out of 5 stars Open Season Book 2 of Cameron Curtis’ A Breed Thriller Series
Reviewed in the United States on May 17, 2022
Verified Purchase
Non stop action mixed with devious minds, a love interest and twisted plot level. Cameron’s military experience gives total credibility to the warring factors in Afghanistan, the Russian and American influence, mostly bad, and the terrain. Oh what terrain.
Superlative read. Could not put it down.
Read more
Helpful
Report abuse

G. Russell
5.0 out of 5 stars Most is Greek to me but it’ s still great
Reviewed in the United States on December 1, 2021
Verified Purchase
This story was more military specific than I can comprehend, so I read over the hard parts and just followed the story. Mr Curtis writes so well you scenes and landscapes are crystal clear. One wonders if he writes from experience. Lots of twists and turns. I liked it.
Read more
Helpful
Report abuse

sonny
5.0 out of 5 stars exceptional!
Reviewed in the United States on May 13, 2022
Verified Purchase
I love to read a fast paced action packed story. This book have all the ingredients I’m looking. I love that the story only includes little hint of sexuality. It is a page turning, grinding and gripping adventure. It keeps me awake the whole night since I want to know how the story ends. It didn’t disappoint me.
Now I’m craving for more of Breeds adventure!
Read more
Helpful
Report abuse

3R2
5.0 out of 5 stars Afghanistan War
Reviewed in the United States on April 6, 2022
Verified Purchase
Book 2 is as good as book 1, Curtis makes you feel the characters' plight and their feelings after a battle. Also after 5 combat tours if feel how the battles evolve. Great read, great author.
Read more
Helpful
Report abuse

Pep W.
5.0 out of 5 stars Very different
Reviewed in the United States on June 17, 2022
Verified Purchase
This book was very different from the previous book, but nonetheless very good. A change of pace, but well planned out and written with Breed the force that he is.
Read more
Helpful
Report abuse

Cindy Cox
5.0 out of 5 stars During civil war, what side is correct?
Reviewed in the United States on June 6, 2021
Verified Purchase
Afghanistan is in constant turmoil over the opium trade. Two American service officials are kidnapped. Breed is sent to rescue them. The story leads you on a high adventure, filled with danger, and not knowing the real enemies.
Read more
Helpful
Report abuse
See all reviews

Lagoon
3.0 out of 5 stars Rocky.
Reviewed in the United Kingdom on May 16, 2021
Verified Purchase
A very different feel to the first book of the series. What I took away most from this were the descriptions of the Afghanistan landscape.

Breed’s mission is to rescue an American female solder; held captive by an Afghani warlord. There is more to her kidnap than at first appears though and whilst the ins and outs are cleverly constructed, I felt that they made for a muddled storyline. Switching from before the kidnap to during and after the kidnap diluted the strength of the narrative. There was plenty of action but the highlights for me were the aforementioned landscape, the insights into local customs and to what a profound effect the poppy harvests have on the Afghan economy.
Read more
Report abuse

Popeye00
4.0 out of 5 stars Open Season
Reviewed in the United Kingdom on January 12, 2022
Verified Purchase
Excellent, thoroughly enjoyed the read, the flash backs were a bit annoying but otherwise a great read. Loved the many references to Kipling - one of my heroes. Very unusual to read such details as the mountains of Afghanistan. The British did indeed try to invade Afghanistan three times each time being booted out. My Father served in the British Army (19th Hussars) in what is now Pakistan and down into Afghanistan from 1919 until 1925. He was sent there after serving two years in WW1. He always said it was an awful place, his Regiment lost a lot of men on those plains and mountains.
Read more
Report abuse

Kindle Customer
5.0 out of 5 stars Afghan rescue
Reviewed in the United Kingdom on August 22, 2021
Verified Purchase
With the times were hearing about now Afghan and it's people all being bad mouthed as terrorists it was real.nice to hear about the good side trying to keep Taliban out and not at all like Taliban with a bit of romance and fighting and Americans being the usual cunning selfs a great read will watch out for this author and his other books as I loved this
Read more
One person found this helpful
Report abuse

S. L. Corry
5.0 out of 5 stars Well written and engaging action thriller
Reviewed in the United Kingdom on April 19, 2022
Verified Purchase
I've read alot of new authors over lockdown, many on the back of glowing Amazon reviews. Most have not lived up to the hype but this one does. Cameron Curtis is a talented author with an eye for detail. An intriguing story with pace and a decent twist or two. Only real criticism would be that main character can be lacking in personality at times. Needs fleshed out. But a well earned 5/5 from me.
Read more
Report abuse

Beachbum
3.0 out of 5 stars A good book, slightly lessoned by a predictable ending
Reviewed in the United Kingdom on July 10, 2021
Verified Purchase
Read book 1&2 back to back, book 1 was. 4*, this a 3. This story is basically a military chase, with politics and greed thrown in
Breed proves to be a thinking killer again, one that seems to be suckered at every turn, only to have been one step ahead of everyone, either by luck or judgement
Looking forward to what I expect to be book 3 sometime soon
Read more
Report abuse
See all reviews