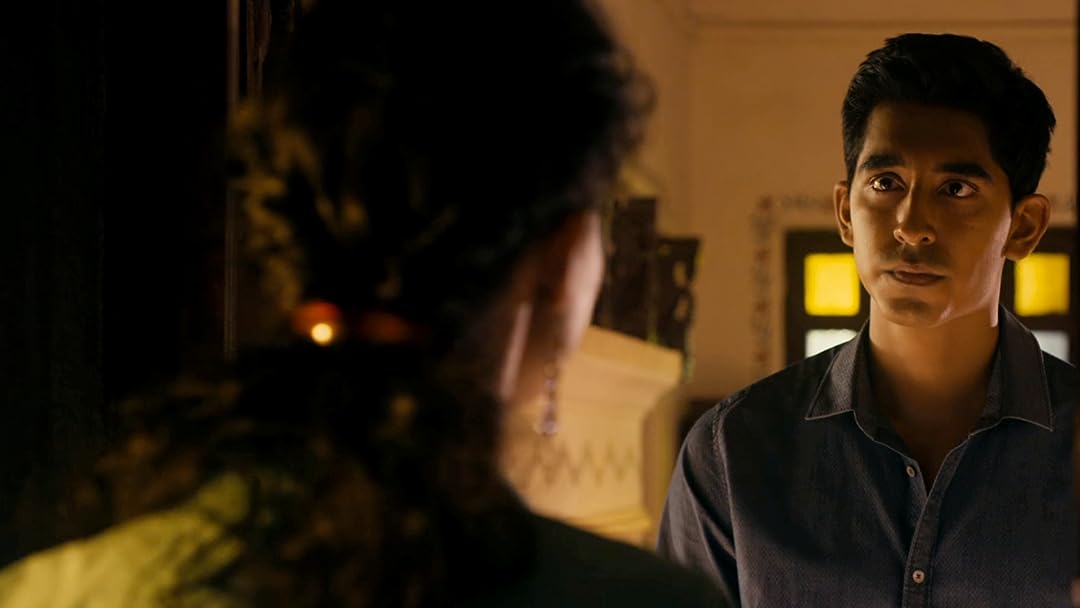 Mike Billington author of Murder in the Rainy SeasonReviewed in the United States on March 30, 2017
5.0 out of 5 stars
"The Second Best Exotic Marigold Hotel" is first class
Verified purchase
It is rare - too rare - in this day and age to find a movie that features an entire cast of actors who are true masters of their craft.
Instead, we are too often bombarded by films that feature visually stunning special effects that mask mediocre performances and sub-par writing.
That is decidedly not the case in "The Second Best Exotic Marigold Hotel." This is a film that features a virtual all-star team of actors, an exotic (and very colorful) locale, and some very fine writing. It is a story about growing old with as much grace as possible while discovering that love is not the strict province of the young.
Because this is a sequel, there are some critics who have said this movie does not live up to the high bar set by "The Best Exotic Marigold Hotel." I think they are wrong in doing so for this is a separate movie. True, it has virtually the same cast and takes place in the same locale, however, it is its own film with its own objectives. Its purpose is not just to carry the story forward but also to explore new themes.
For example, three of the hotel's residents have rejoined the working world while another couple struggles with the challenge of living in a monogamous relationship when conventional wisdom assumes that they are long past the age at which this question even arises. The residents must also cope with cross-cultural differences, the toll that aging takes on not only the body but also the mind, and the heightened awareness of their own mortality.
The story revolves around two main issues: The impending wedding of hotel owner Sonny (played by Dev Patel) and his fiancee (played by Tina Desai) and his efforts to buy and develop a second residence for older men and women. As part of his efforts to secure a loan for the second property, he must cope with an undercover inspector sent by the corporation that he is asking for financial backing. That leads to some unexpected - and often charming - consequences not only for Sonny but also for the other residents of the hotel and his widowed mother.
Joining the cast for this movie are Richard Gere and Tamsin Grieg. Both blend in beautifully with A-listers Judy Dench, Maggie Smith, Bill Nighy and the rest of the cast that returned for this sequel. I make a point of that because it's not always easy to do so, especially given the huge success of the first film.
The cinematography is excellent, giving viewers a real sense of what it is like to live and work in modern India and the direction is sure handed. I am a writer by profession and am often overly critical of movie scripts but I must admit I had no issues with this one. The story moves along in a smooth, well-reasoned fashion and the plot - while a little convoluted - is well imagined. The dialogue is often hilarious but throughout the movie the actors are given ample opportunity to express a wide range of emotions.
For my money, this is a 5-star film and one that I will enjoy watching many times over the course of the next few years.

Terrence WalshReviewed in the United States on July 6, 2019
5.0 out of 5 stars
Darn good sequel to a super movie
Verified purchase
The Best Exotic Marigold Hotel is one of our favorite movies at home. The script is brilliant. The acting, direction, and filming created a memorable movie we have been happy to revisit many times. A number of quotable lines are staples of conversations at home.
We wondered if The SECOND Best Exotic Marigold Hotel could match it. Sequels are often disappointing.
On the whole, Number Two succeeds on its own, and as a sequel. It weaves together several good stories, with some continuing from the first movie while others have fresh starts. There is a theme of growth, progress, maturing and success that goes beyond the first movie.
In practice, now, whenever we watch the first movie we also watch the second. That's a good measure of the success of the second movie.
I hope that's somehow helpful. Anyway, we liked it quite a lot.
12 people found this helpful

Nancy C. De YoungReviewed in the United States on November 7, 2015
5.0 out of 5 stars
HIGHLY recommend!
Verified purchase
Most follow up movies are not as good as the first hit. This is comparing apples and oranges a bit but both these Marigold Hotel movies are FEEL GOOD entertainment. The first a group of English retirees head to India to try to live in better comfort on reduced circumstances and arrive at their prepaid ramshackled hotel run by a Pie In the Sky dreamer. Learning to adjust and acclimate requires effort but for most pays off. This is the second follow up and the entire first cast, including Judi Dench, Maggie Smith, Bill Nigh,...then add Mr Gere and one ladies upon seeing him utters Bless my Ovaries...the raciest remark in either movie. The colors , customs, music and dancing are so uplifting and various plots very endearing that the youngsters wedding is the big climax. Indian weddings are legendary . Be sure to watch the Extra bits ...fun hearing the stars talk about the thrill of all coming together again, reactions to Richard Gere, and their love of how the Indians reacted to them returning to film again. This is a movie that can lift your spirits whenever you have " one of those days" ...great script and actors we all know and love. Buy it!
19 people found this helpful

Kathryn MagendieReviewed in the United States on November 12, 2019
4.0 out of 5 stars
A little less shine than the first but still a good movie!
Verified purchase
While the first Best Exotic Marigold Hotel beats out this second one, it’s still charming and a fun watch—as well as tender and sweet.

The first one had a bit more charm, however, that the second one at times tried to force in with its story.

The second got off to a slower start, but it soon settles in and finds its place with the audience and characters. I did feel the Richard Gere character, Guy, was a little forced. And when Guy tells the beautiful Mrs. Kapoor that she was “once-beautiful” and implied that her age had marred that beauty- I mean seriously? She’s gorgeous! How condescending that was. I also find the Norman character smarmy and icky and hard to watch - ugh - but I found that in both movies.

Of course the Maggie Smith and Judi Dench characters are always fun and amazing to watch. While Bill Nighy is as well, though I don’t think they used him to his fullest and his speech at the end seemed forced in just to let Judi Dench know how he feels.

But despite the flaws particularly in the second movie, I love both of these movies and was touched by them. I’ve watched both several times and will happily watch them again!
One person found this helpful

The Tally HoReviewed in the United States on November 6, 2019
4.0 out of 5 stars
Review without Spoilers - Pros & COns
Verified purchase
The Best Exotic Marigold Hotel is a 2015 British sequel comedy-drama film starring Judi Dench, Bill Nighy, Penelope Wilton, Tina Desai, Lillete Dubey, Maggie Smith, Celia Imrie, Rajesh Tailang, Ronald Pickup, David Strathairn, Tamsin Greig, Dev Patel, & Richard Gere. Overall I enjoyed this film, here are the pros & cons, I hope this helps you.
Pros:
1. Acting is very good especially the parts acted by Maggie Smith & Judi Dench
2. Well written
3. Nice ending
Cons:
1. Not as good as original and not as inspiring, motivating, or though provoking
2. Cinematography is bland and could have been so much more vivid & culturally interesting
3. If you did not see the original, this film would not stand on its own vey well
One person found this helpful

RomanticReviewed in the United States on March 8, 2022
3.0 out of 5 stars
Nowhere near as good as the first one
Verified purchase
The story seemed less involved and more repetitive. Richard Gere's characters was lackluster and bland. The other characters were okay, but most of the time I wasn't moved by their plight when I should have been. I loved Patel's character in the first movie, but in this one I just wanted to slap him silly because his behavior was too over the top. Dame Smith was brilliant, as was most of the primary cast. Unlike the first one, though, I wouldn't be inspired enough to watch this one again.

Fred FlintstoneReviewed in the United States on September 4, 2021
5.0 out of 5 stars
Great movie
Verified purchase
This DVD arrived on time and in perfect shape. It plays very well in our DVD player. We love this sequel to the "Best Exotic Marigold Hotel". The acting is great and the story line is fun. The conflict between Kush and Sonny started to get old but the movie moves on just at the right time. We also love the interaction between Maggie Smith and Judi Dench. And yes, in real life, there are just 19 days difference in their ages. We do highly recommend this movie though we would also recommend watching the Best Exotic Marigold Hotel first.

Amazon CustomerReviewed in the United States on October 27, 2021
1.0 out of 5 stars
Bad movie
Verified purchase
This was a mess of a movie. It didn't know what it was or where it was going. Those great English actors must of signed a two movie contract because this really stunk and why would any of them agree to do it.
I couldn't even watch it to the end. And why at the end of the movie did Magie Smith by the end of the movie start specking in "low" english, when she had been specking in the best of British ascent through out both movies. I can't tell you how horrible this movie really was.
See all reviews
Back to top
Get to Know Us
Make Money with Us
Amazon Payment Products
Let Us Help You
EnglishChoose a language for shopping. United StatesChoose a country/region for shopping.
© 1996-2022, Amazon.com, Inc. or its affiliates