You've subscribed to The Last Stop Station Series! We will preorder your items within 24 hours of when they become available. When new books are released, we'll charge your default payment method for the lowest price available during the pre-order period.
Update your device or payment method, cancel individual pre-orders or your subscription at
Your Memberships & Subscriptions
There was an error. We were unable to process your subscription due to an error. Please refresh and try again. 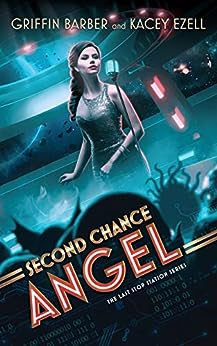 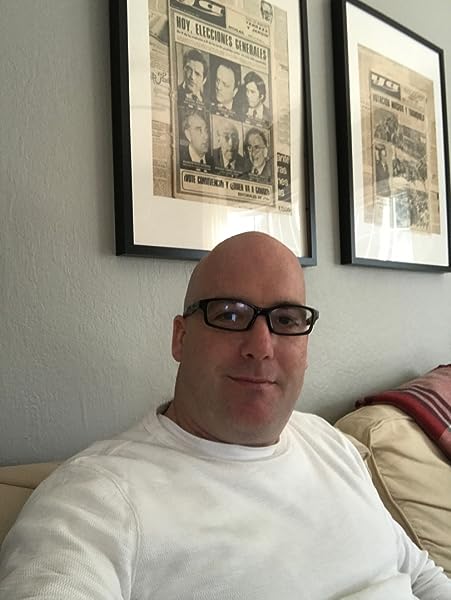 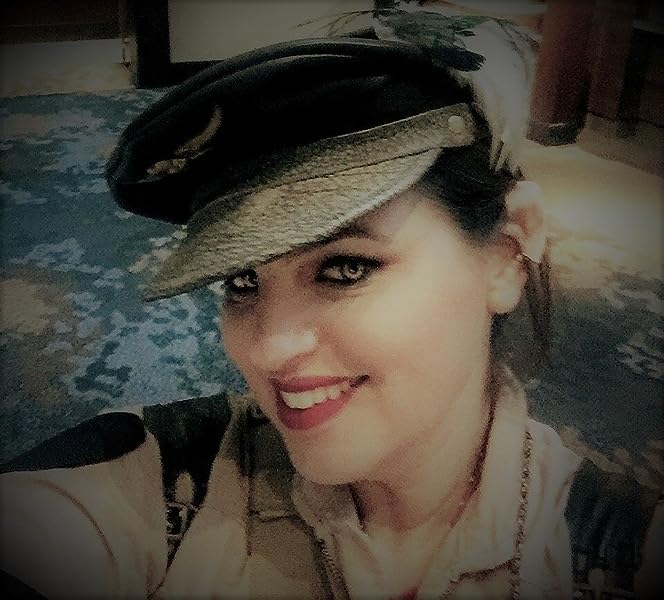 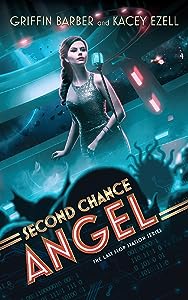 ''A war veteran and a disembodied artificial intelligence form a partnership to solve a string of horrible crimes. The human/AI detective theme hasn't been done this well since Isaac Asimov's Lije Baley and R. Daneel Olivaw novels, The Caves of Steel, The Naked Sun, and The Robots of Dawn -- with the advantage that the AI science in Second Chance Angel is that of the modern era, not Asimov's time.'' --Eric Flint, author of 1632

''In Second Chance Angel, a pair of badly damaged combat veterans team up to find the kidnapped woman who is crucial to both of them. One vet was an enlisted grunt. The other was an officer's artificial intelligence. Vivid action and intelligent backgrounds as the team unravels a criminal conspiracy that goes well above their pay grades.'' --Dave Drake, author of Hammer's Slammers

''Space opera, sentient AIs, and a mystery to solve. What more can you ask for?'' --S. K. Dunstall, author of Linesman

''With this fun, noir-tinged thriller, the first in the Last Stop Station series, Barber and Ezell weave together intrigue, action, and romance, all with a hard-boiled sensibility...The authors expertly contrast claustrophobic interiors and the vastness of space, creating a world that feels both alien and lived-in. Readers will be hooked.'' --Publishers Weekly --This text refers to the audioCD edition.

Griffin Barber spent his youth in four different countries, learning three languages while holding down jobs in marinas, bars, cafés, and, memorably, cold-calling casino guests. Finally settled in Northern California with a day job as a police officer in a major metropolitan department, he lives the good life with his wife and daughter. 1636: Mission to the Mughals, coauthored with Eric Flint, was his first novel; he has also written numerous short stories. Second Chance Angel is what he hopes to be the first of many collaborations with Kacey Ezell.

Kacey Ezell is the author of the Four Horseman Tales and the Revelations Cycle.

4.6 out of 5 stars
4.6 out of 5
141 global ratings
How are ratings calculated?
To calculate the overall star rating and percentage breakdown by star, we don’t use a simple average. Instead, our system considers things like how recent a review is and if the reviewer bought the item on Amazon. It also analyzes reviews to verify trustworthiness.
Top reviews

AmazonAccount685
4.0 out of 5 stars Good SF about AI/human relationships
Reviewed in the United States on September 10, 2020
Verified Purchase
I'm not a fan of the noir genre except for the really famous titles like The Big Sleep, so I was wondering why I bought this after it showed up on my Kindle. But after reading it I'm glad I took the chance because the SF was strong in this one.

Muck was a good character but the standouts to me were all of the AIs, each with its own personality and at different stages in their developments. They all felt like machines to me and I loved getting a first person point of view from each because they were written to give an alien feel to them.

The Muck and Angel relationship was also a highlight, the push and pull between them growing into something more in an organic fashion.

If I had to mention something I didn't like it would probably be that there were a number of threads in the novel that were not brought to a close. I understand that there will be further books in the series but I expected some more closure at the end of this one than I got. But hey, that gives me something to look forward to. Overall a recommendation, just be aware that to get many answers you'll need to read the next one.
Read more
10 people found this helpful
Helpful
Report abuse

Shawn Carey
5.0 out of 5 stars Mesmerizing and Enthralling
Reviewed in the United States on October 30, 2020
Verified Purchase
I found Second Chance Angel to be a mesmerizing novel. The tone, feel, mood of the book was addictive. If I had a few minutes before I had to leave for work I would read a few pages just to feel the tone of the story. When I had a few free minutes few at work I would read a little of the book for the same reason. The protagonists are likable. There are two, one human and the other an AI. AI that are linked with a human are known as Angels in the novel. The Angel Ralston Muck has residing in him jumped from another human to him, This is not suppose to happen and sets the pair in search of the Angel’s original host, who is missing. There adventures to resolve this issue drives the story. Reading Second Chance Angel was enthralling. Hopefully others thought so as well because I want to read more collaborations between Griffin Barber and Kacey Ezell.
Read more
5 people found this helpful
Helpful
Report abuse

Beth L
5.0 out of 5 stars A noir story of postwar alien tech shenanigans
Reviewed in the United States on October 2, 2020
Verified Purchase
Angels, personal AI: designed to enhance your natural gifts, maintain mods, and strengthen your mind and body to make you more effective in all aspects of life. Terrans were modified to help win the war with Mentor-provided tech and Vmog weapon systems. Modified humans were disappearing from Last Stop Station, someone was stripping out their angels.

Siren sang at a cabaret called “A Curtain of Stars'', a class joint, but it attracted its share of trouble. Ralston Muck, a demodded ex-CID was a bouncer at the club. When Siren was kidnapped, her angel got away and wound up in Muck. The angel and Muck team up to search for Siren.
An action packed who dun it, keeps you turning the pages
Read more
3 people found this helpful
Helpful
Report abuse

Ben Yalow
5.0 out of 5 stars Gripping and brilliant
Reviewed in the United States on October 14, 2020
Verified Purchase
So as not to bury the lede, let me start by saying it's the best novel I read this year. Buy it.

The characters are fascinating and you want to follow them through a complex plot. And, while it's a difficult problem to pull off having multiple characters as the first person narrators, it's done perfectly.

I'm very much looking forward to buying the next book in this series.
Read more
4 people found this helpful
Helpful
Report abuse

Virginia E. Demarce
5.0 out of 5 stars Best book I've read in a long time
Reviewed in the United States on December 13, 2020
Verified Purchase
In the interest of transparency, I know Griff Barber (he's another author in the 1632 series). I don't know his co-author. That said, this book has no connection with that series. It starts, the reader sort of expects it to head in the direction of a traditional trope, it veers off in a completely different direction, and one ends up greatly rewarded by the experience of reading it. Not space opera. Not even quite in the standard sf genre category. I recommend.
Read more
One person found this helpful
Helpful
Report abuse

CML
5.0 out of 5 stars Great Sci-Fi Noir
Reviewed in the United States on September 25, 2020
Verified Purchase
I really enjoyed this mix of noir storytelling and sci-fi adventure. Muck and Angel have great, distinct voices and the dynamic that plays out between them is a lot of fun. The author's world building has achieved a nice sense of depth, which adds to the mystery of the plot as it unfolds. It's a blend of elements—some new takes on sci-fi and noir staples as well as some heavier/darker themes—into a beguiling story that's perfect for escaping daily life for a little while. Definitely looking forward to more installments in the series!
Read more
3 people found this helpful
Helpful
Report abuse

William Schmeelk Jr
4.0 out of 5 stars Let Confusion Reign
Reviewed in the United States on February 11, 2021
Verified Purchase
The first hint as to what is actually going on is in the epilogue. The story starts kind of slow, world building I suppose, but gets faster after the main characters are introduced. A military detective story, after a dishonorable discharge, investigating the disappearance of a nightclub singer. Space stations, AIs, aliens and nano machines abound with an underlying PTSD story. Interesting characters and plot set up for following books.
Read more
One person found this helpful
Helpful
Report abuse

James R. Kratzer
4.0 out of 5 stars "Fasten Your Seatbelts, It's Going To Be A Bumpy Ride!"
Reviewed in the United States on January 6, 2021
Verified Purchase
I don't remember the character's name, or the title of the movie, but I DO remember Bette Davis posed on the staircase delivering that line, in her off-the-shoulder gown, and venomous tone.
Saddle up, everyone! I don't know Griffin but Kacey, you've got that Mil-24 gunship dancing around the Georgian mountain passes again!
Read more
One person found this helpful
Helpful
Report abuse
See all reviews