Second Foundation and millions of other books are available for Amazon Kindle. Learn more 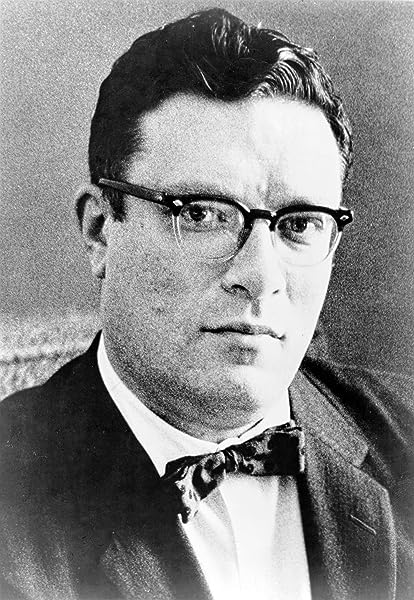 by Isaac Asimov (Author)
4.7 out of 5 stars 2,482 ratings
Book 3 of 7: Foundation
See all formats and editions
Sorry, there was a problem loading this page. Try again.

Page 1 of 1 Start overPage 1 of 1
Previous page
Next page
Start reading Second Foundation on your Kindle in under a minute.

4.7 out of 5 stars
4.7 out of 5
2,482 global ratings
How are ratings calculated?
To calculate the overall star rating and percentage breakdown by star, we don’t use a simple average. Instead, our system considers things like how recent a review is and if the reviewer bought the item on Amazon. It also analyzes reviews to verify trustworthiness.

Nobody
3.0 out of 5 stars Good story, poor printing
Reviewed in the United States on May 31, 2020
Verified Purchase
Asimov gets 4 stars for his story. Still fun and intriguing after all these decades.

Del Rey publishing gets 2 stars for its printing. The first 2 volumes in this series were published by Bantam. The print font was a good size and easy to read. This third volume was published by Del Rey, and the font is much smaller and very hard to read. I've attached a picture to show the difference. You might want to find an easier to read version.
Read more

3.0 out of 5 stars Good story, poor printing
By Nobody on May 31, 2020
Asimov gets 4 stars for his story. Still fun and intriguing after all these decades.

Del Rey publishing gets 2 stars for its printing. The first 2 volumes in this series were published by Bantam. The print font was a good size and easy to read. This third volume was published by Del Rey, and the font is much smaller and very hard to read. I've attached a picture to show the difference. You might want to find an easier to read version.

Michael G Kurilla
5.0 out of 5 stars The hunt for the 2nd foundation
Reviewed in the United States on December 30, 2018
Verified Purchase
Isaac Asimov's Second Foundation completes the original Foundation trilogy. With the first Foundation regaining itself after book 2, a cabal seeks to uncover the mystery of the second Foundation. Advancing science has uncovered evidence of subtle neural manipulation that suggest second foundation influence. Plans are made rifle the data locked away in the Mule's former palace. This leads to megalomania on the part of the Kalgan ruler (the Mule's former stomping grounds) to make a power play against the Foundation. A young girl gets in on the action through the actions of her father and stowaways to Kalgan and eventually spends time on Trantor as war brakes out between Kalgan and the Foundation. The first Foundation's worst fears seem to come true with evidence of second Foundation tampering with minds of the first. Eventually the masterplan is uncovered and Hari Seldon's trajectory seems back on course.

As with book 2, the scheming of the second Foundation is discussed, although the details are not revealed until the end, but everything hinges on probabilities and formulas embedded in Seldon's original work. At the heart is the notion that if people believe an invisible hand is guiding them, then they tend to become too complacent for their own good.
Read more
4 people found this helpful
Helpful
Report abuse

Arthur Digbee
5.0 out of 5 stars Battle of the Brains
Reviewed in the United States on November 25, 2020
Verified Purchase
This book in the classic Foundation Trilogy concludes the original story arc of the First and Second Foundations. Like the others, it relies on conversations, not action, to move the plot along. These are often intricate and “political,” often weaving and untangling conspiracies of various kinds.

The premise of this book requires a secretive group of psychohistorians to defeat the Mule, a mutant with the ability to control other people’s emotions. The psychohistorians have mind-control abilities of their own, based on science and training, developing latent skills that the Mule gained through a genetic mutation. Throughout the book, no one knows who is controlling whom, and the wisest characters understand that they too may have their minds influenced by others. Asimov does not let the reader know the truth until the end.

Unfortunately, such a premise can really only end in one way – essentially a battle of wizards from Harry Potter or the Lord of the Rings, or a battle of X-men or superheroes from innumerable blockbuster movies. The winner does not reflect character but the needs of the box office. Rereading this trilogy more than forty years after I first read it, I see now how the subsequent books could only prove unfulfilling. I’m glad I re-read the original trilogy but I will not be continuing after this one.
Read more
One person found this helpful
Helpful
Report abuse

aannbrr
5.0 out of 5 stars Still an exciting book after 80 years
Reviewed in the United States on July 30, 2021
Verified Purchase
I first read the Foundation series in the late 60s, a teenager steeped in the society of the day. As a girl, I've always felt the lack of female characters in most of the science fiction available, and Asimov, a male writer, was no different. Through the 3 books of the initial series, there are two female protagonists and I have always cherished their presence. 14 year old Arcady Darrel of Second Foundation has always been my favorite, since I was 16 or 17 when I first read her. Another cultural difference between the 1940s and 2021 is the overwhelming presence of smoking! All these male characters smoked cigarettes or cigars or pipes as they had their exclusively masculine meetings and the occasional male expressed disapproval of a woman's putting herself forward. See, this stuff didn't bother me when I read these books originally, or for the next 30 years. Society changed enough, and my not rereading them for a number of years, conspired together to cause some internal cringing as I read certain passages.
However! I still found the story just as compelling as I did the first and fifth and tenth time I read it! Some people have complained that it's all talking, and so a vast amount of it is, but compelling, none the less! A TV series is in development or production at this time. I honestly can't imagine how they can take these books, each one a series of events 50 or 80 or 150 or 325 years apart and create an intriguing show. I look forward with interest to see if they accomplish it.
Read more
Helpful
Report abuse

A. Rutter
3.0 out of 5 stars A reasonably good story, but not particuarly entertaining
Reviewed in the United States on September 12, 2021
Verified Purchase
I've not completed reading the original Foundation Trilogy. Glad I did, as it gives me a good exposure to the author (only previously encountered in a collection of SciFi short stories). I compare writing to my personal favorites, like Frank Herbert & Edgar Rice Burroughs and find this trilogy lacking.

Character and environmental development is minimal. Part of that can be attributed to the time-frame covered by the story, however the original Dune series shows that huge time periods can be covered, and characters much better developed.

I read SciFi for entertainment, not for lessons. The Foundation series appears to be built as a study in human nature. In that line, it is certainly a superb work. It's just not what I really am looking for.

Compared to just about every other <300 page ebook out there, this is hugely over-priced. About double.

I'm very glad I read this, but will not consider going on with the other books. It also satisfies my curiosity about the authors style of writing. Again, not what I'm looking for.
Read more
Helpful
Report abuse
See all reviews

M. King
5.0 out of 5 stars It’s of its time
Reviewed in the United Kingdom on October 1, 2020
Verified Purchase
Written 70+ years ago and originally published in segments, the story does same dated. Some technology predictions are laughably off and it’s a bit like reading the literary version of the old Flash Gordon cinema serials.

But Asimov was a clever man and the underlying plot about psychohistory being used to enable the resurrection of civilisation is a clever idea. It’s an entertaining and enthralling read and , in the second book in the series, Asimov breaks with tradition somewhat by having a woman be the heroine.

Revisiting this series after 40+ years and found it much more accessible than some of his contemporaries.
Read more
Report abuse

Dr. Michael Heron
3.0 out of 5 stars The decaying scope of the Foundation
Reviewed in the United Kingdom on February 24, 2015
Verified Purchase
Unfortunately, from truly epic beginnings the Foundation trilogy over time loses its ability to communicate big concepts and turns instead to a kind of parody of Machiavellian pile-up conspiracy theories, in the style of a vaguely Wildean farce. There were ideas in the first book that were hugely important in shaping the contours of sci-fi, and the echoes of these can be heard in a dozen fictonal universes. In book two, it was clear that things were slipping a little as the idea of a Seldon Crisis became more and more abstract and contrary to the original conception. By book three, it's a succession of 'Ah-ha, what you don't realise is,,,' followed by 'Ah, but what you don't realise that I realise is...'. It all becomes a little tiresome. 'I extracted this info from your operative!' 'Ah, my operative didn't realise that he didn't have the real information!' 'Ah, but I knew that he wouldn't have the information so...'. It reminds me very much of that Limmy's Show secret agent sketch where both participants are so confused by their own feints and counter-feints that they end up burning their own dossiers and drinking their own antidotes.

Really though, it's not a bad book - it's just bad in comparison to the earlier highs of the first tremendous instalment.
Read more
Report abuse

Zeb
3.0 out of 5 stars Too much padding
Reviewed in the United Kingdom on December 12, 2020
Verified Purchase
Good story but far too much padding and the ending was not particularly good
Read more
One person found this helpful
Report abuse

Adi
5.0 out of 5 stars Part two of the Foundation Series.
Reviewed in the United Kingdom on February 18, 2020
Verified Purchase
Many good things have been said about this series over the years, and I agree with them all!
Read more
Report abuse
See all reviews