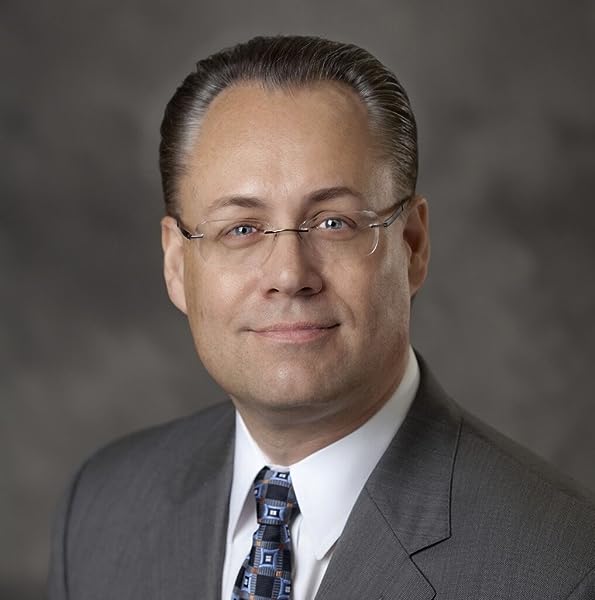 When car-making giant General Motors decided to close its plant in Lansing, Michigan, in 1996, one person―the city’s newly elected mayor―stood up and said “no.” Initially, it was the cry of a man in the wilderness. Not once in its century-long history had GM reversed a decision to close a plant. But Mayor David Hollister quietly went to work building the Lansing Works! Keep GM! movement and succeeded in defying all the odds. Lansing remains GM’s Oldsmobile headquarters.

The Lansing Works! Keep GM! movement was a victory of people over bureaucracy, of a can-do attitude over cynicism―a story rarely told in today’s complex, technological, and often dehumanizing world of large business and out-of-control government. And the best part was that, in the end, both sides came away winners. It’s proof positive that when the public and private sectors work together as equal partners, amazing things can happen.

One of the great business sagas of modern times, Second Shift provides a proven, practical design for problem solving that anyone can apply in any business, large or small.

David Hollister was mayor of Lansing, Michigan, from 1994 to 2003, after which he served as Director of the Michigan Department of Labor and Economic Growth.

Ray Tadgerson, former CEO and President of C2AE, served as the project director of the Blue Ribbon Committee to Retain GM.

David Closs is Professor, McConnell Endowed Chair, and Chairperson of the Department of Supply Chain Management in the Eli Broad College of Business at Michigan State University.

Tomas Hult is Professor, Byington Endowed Chair, and Director of the International Business Center in the Eli Broad College of Business at Michigan State University.

Dr. G. Tomas M. Hult, PhD, is Professor in the Broad College of Business at Michigan State University. He is also part of the research and training team at The American Customer Satisfaction Index (ACSI).

Dr. Hult is a worldwide thought leader in marketing strategy, customer satisfaction, international business, and supply chain management. He regularly speaks at high-profile events (e.g., United Nations, World Investment Forum, European Commission) and publishes influential op-ed articles (e.g., The Hill, Time, Fortune, World Economic Forum). He is a member of the Expert Network of the World Economic Forum as well as the United Nations / UNCTAD's Network of the World Investment Forum. Dr. Hult has been featured on "Talks at Google" and per Google Scholar, Dr. Hult is among the world's top-cited business academicians.

More information about Dr. Hult can be found at: http://broad.msu.edu/facultystaff/hult/

E.M. Bristol
3.0 out of 5 stars Dullish narrative but inspiring story
Reviewed in the United States 🇺🇸 on October 6, 2016
Vine Customer Review of Free Product( What's this? )
In 1996, two years into his first term, Mayor David Hollister of Lansing, Mich. was confronted with the sobering news that General Motors planned to close its area plant and move. In the late nineties, GM was responsible for 7,000 direct jobs, 20,000 jobs with community ties, and 50,000 statewide jobs in commerce, so calling this a potential catastrophe would not be exaggerating. However, Hollister refused to be daunted and reached out to other business leaders, including Edward Donovan, Municipal Government for GM. Together they would come up with, then implement a six-step strategic framework to find a way to keep GM. Successfully implementing this process meant coordinating and working with a number of groups, each with its own agenda, including business, labor, local and state government, citizens and community organizations. As it turned out - and is detailed in this book, the campaign was a stunning success: General Motors ultimately wound up building multiple state of the art manufacturing plants in Michigan. The "Second Shift" is the story of how this came about.

One thing that struck me was how willing the various authors and people interviewed were willing to admit that in multiple places, it had not been a smooth journey. But a willingness to put aside past personal differences and focus on the real issues helped the players stay the course.
Thoughts: There were two things that got in my way of my absorption in this book. One was the exclamation points, which probably sounds like a nitpick, but there it was. The other was the repetition of blocks of text and quotes to the point I occasionally wondered if I was rereading a page. However, overall, a very inspiring true-life story. At one point, someone suggests that the six step model could effectively be used in Washington, D.C. And I couldn't help feeling they had a point.
Read more
One person found this helpful
Helpful
Report abuse

The book does outline a model to achieve what the call “the second shift”, however it is useless to a normal person. The second shift model is to identify, partner, build, solve, celebrate, and preserve (31). The book may be better suited for someone running for a political office or a business owner.

This is my key takeaway from this book:
The point is America has “skilled, reliable, productive, and hard working labor force” that you cannot find anywhere else, the book just shows one mayors job to prove that a company should invest in these qualities rather than cheap labor (27). If many more mayors learn the second shift model they can keep their communities healthy and wealthy.

Disclosure: I received an advanced readers copy of the book, The Second Shift, for the purpose of review.
Read more
2 people found this helpful
Helpful
Report abuse

Two of us read this book and both had differing opinions. I felt as the Baby Boomer I needed my son to read it so when this occurs again in a town near him he needs to have the knowledge and guts to actively participate for his community and livelihood. My childhood and community was adversely affected and effected by TWO factories closing, Having a documented strategy and footprint to guide and navigate sure beats starting from Square One.

My Millennial Son felt it was too much like his dreary textbooks. He put it down and only picked it up as a nagged. I was used to the rigorous detail I had for Six Sigma Quality training to endure and implement as foreign countries were beating us in industries America had lead since post WWII .
This book is both a cautionary tale and documentation that will be needed as the economic cyclicals AGAIN impact our jobs, livlihoods and communities.

Yes, it is worth the read whether you can access the information or trudge through it as my Millennial did.

The information is worth having authors with middle school and high school purview/bent to write the cautionary tale for our young folks to pique their interst both from an American History, Social and Economics perspective so they are informed and don't re-invent the wheel either. I was an elementary school teacher before re-training to join Corporate America. Working with college educated young folks who had no clue about recent American History was a challenge for this old-timer.
Read more
Helpful
Report abuse

sanoe.net
VINE VOICE
4.0 out of 5 stars Great read with solid sharing of information
Reviewed in the United States 🇺🇸 on October 10, 2016
Vine Customer Review of Free Product( What's this? )
"Second Shift: The Inside Story of the Keep GM Movement" was a surprisingly enjoyable read. I didn't expect it to be as I expected a dry report on how GM stayed in Lansing. It was both informative and inspiring. Informative in how the authors were able to explain the situation of Lansing and the GM plant and their shared history to economics of GM consideration of leaving and then the factors that led to Lansing and GM working together to keep the plant in Lansing. It is inspirational (and aspirational) in conveying the shared steps that were taken by local government, GM, the union, and community.

A great read with solid business advice as well as a learning tool for those of us who can sometimes feel in the dark on how these situations can arise but also feel some hope on how it can be resolved.
Read more
Helpful
Report abuse

Gene Bowker
4.0 out of 5 stars it sort of lost my interest
Reviewed in the United States 🇺🇸 on July 2, 2020
Vine Customer Review of Free Product( What's this? )
I thought I'd really enjoy the book being in Manufacturing but by about 1/2 way I was losing interest big time. I think it could have told the story in about half the pages.. but 4/5 as a history book.
Read more
Helpful
Report abuse
See all reviews