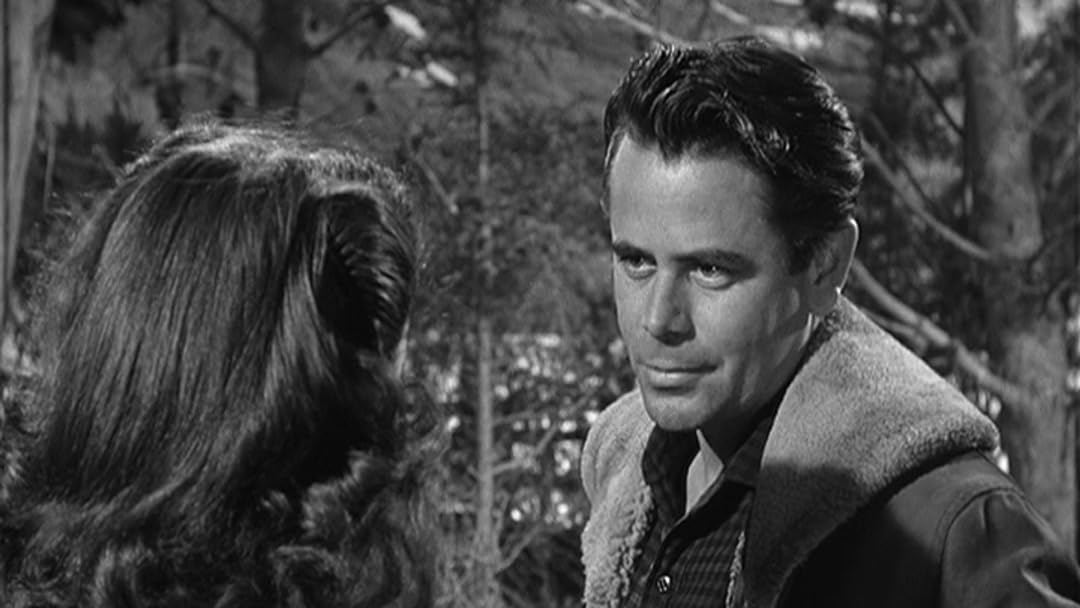 The Secret of Convict Lake

(12)
6.91 h 23 min1951ALL
A gang of early California convicts breaks out of stir and hides in a settlement of pioneer women.

The CinemaScope CatReviewed in the United States on March 10, 2011
4.0 out of 5 stars
A gem of a western
Verified purchase
In the 1870s, five convicts escape from a Nevada prison through a blizzard and the snowbound mountains into California where they find a small settlement populated entirely by women. But these women are no shrinking violets and they keep the convicts at bay but for how long? The film becomes a stand off between the lonely women and conniving convicts eventually ending in a violent finale. Directed by Michael Gordon (PILLOW TALK) and based on a legend (though the film's narrator claims it's based on fact). this is no 7 BRIDES FOR 7 BROTHERS! The sexual tension has a high profile here, notably in a psychotic loose cannon (Richard Hylton), a rapist and murderer and in the film's best performance, Ann Dvorak (SCARFACE) as a high strung sexually repressed spinster. The film's title is a clever ruse as we keep waiting for the "secret" to be revealed but, in fact, there is no secret until the very end of the film. The film stars Glenn Ford as the convict hell bent on revenge and Gene Tierney as the most fetching of the ladies. Wonderful score by the underrated Sol Kaplan. With Ethel Barrymore as the settlement's matriarch, Zachary Scott as Ford's malevolent nemesis, Barbara Bates, Cyril Cusack, Helen Westcott, Jeanette Nolan and Ruth Donnelly. If the opportunity to see it comes your way, don't pass it up.

The 20th Century Fox DVD from Spain is an excellent, pristine transfer in its appropriate aspect ratio (1.33).

jackReviewed in the United States on July 13, 2014
4.0 out of 5 stars
Four Stars
Verified purchase
Good movie.Jack
One person found this helpful

acamusReviewed in the United States on August 23, 2014
1.0 out of 5 stars
One Star
Verified purchase
Movie in Spanish, mia culpa!

Israel DrazinReviewed in the United States on March 18, 2019
4.0 out of 5 stars
An enjoyable action film
“The Secret of Convict Lake” has a good plot, suspense, and a good cast: Glenn Ford, Gene Tierney, Ethel Barrymore, and Zachary Scott. Ronald Regan narrated the black and white film in 1951 before he became president of the USA. He tells us that this is a true story that occurred in 1871.
It is about 29 convicts who escape from prison, 23 are captured, I died in the cold, and 5 reached a small settlement containing only 8 women, no men. Glenn Ford led them to the settlement. One of the women has only been in the settlement for less than a year. Her history is unknown. Zachary Scott believes that Glenn Ford stole $40,000. He and the rest of the gang want to force Ford into telling them where the money is. One of the five convicts was a rapist. All the convicts killed someone.
The film raises and answers many interesting questions. Where are the men of the settlement? Why did they leave? Why haven’t they been home for several months? Does the $40,000 exist? Does Ford have it? If not, who has it? Is Ford a good man? Who is the unknown woman? Will the convicts beat up Ford? Why did Ford want to come to this settlement? Did the convicted rapist rape one of the women? What will happen to the women? What will happen to the convicts?

Cody Robert at SpokaneReviewed in the United States on September 14, 2016
3.0 out of 5 stars
FIVE GRAVES AT MONTE DIABLO: UNSUNG SNOWSCAPE WESTERN
This short and offbeat 1951 Fox programmer is very intriguing because of its diverse castlist, director and (limited) location cinematography. Like Nick Ray's edgy and snowy noir ON DANGEROUS GROUND from the same year, this Michael Gordon film looks ahead as a snowscape Western to TRACK OF THE CAT and DAY OF THE OUTLAW and as a gender-reversal Western to KING AND FOUR QUEENS. There are eight mostly interesting women, nervously sheltering five Nevada convicts in an 1871 blizzard in the California Sierras, at Monte Diablo (now the climbers' mecca Mt. Morrison) in a story based at least partly on historical fact, or Yosemite legend. Ben Hecht, uncredited, doctored the script, and the luminous studio and location cinematography is by Leo Tover. The film opens and closes with atmospheric second-unit location footage made at Bishop, California, and Durango, Colorado.

The men wear the "Oregon boot" (Carson City shackles) and among them Zachary Scott with his Texican drawl and Cyril Cusack babbling in brogue are highlights, while the gaggle of sensible women includes Ruth Donnelly, Jeanette Nolan and Ethel Barrymore. The veteran Ann Dvorak steals the entire show, looking super at age 40 in her final film role. Big stars Tierney and Ford are along for the ride but barely register decisively, as this was originally planned for Linda Darnell and Dana Andrews. In any case there are 13 familiar names interacting here, a rare conclave of studio talent not otherwise duplicated. Dvorak smashes a mirror to conclude her career, and poor Zachary Scott, a greedy flatlander and no mountaineer, fails on Monte Diablo and so misses the nonsecretive five-graves finale, consecrated with modernist irony by the doyenne Barrymore and ingenuous sheriff Ray Teal.

Raoul Walsh and Anthony Mann were our premier Western mountain directors, but here Michael Gordon (1909-93) signs the film, his last before a decade of blacklist inactivity. Gordon had theatrical and then film editing credentials before directing for the full decade 1942-51. Reinvented, he came back with an altered stylistic perspective for the years 1959-70 in glossier but very shallow films for Doris Day, Lana Turner and Kim Novak. The first decade's work in this very symmetrical but interrupted career was his best, and this neglected film should be better known.

No secret: CONVICT LAKE is provisionally available as a free YouTube download, and the Spanish DVD release for your compatible player naturally has the original American-language soundtrack option. (The notion of Scott, Cusack or La Barrymore with their distinctive timbres and frontier argot dubbed in Spanish is unthinkable.) Sleeper Westerns like de Toth's DAY OF THE OUTLAW or this nifty Gordon film are more rewarding--and often more contemporary in their sensibilities--than the bigger and overfamiliar Western classics, and in this unpoliticized gender battle at Convict Lake neither side really wins, with both neatly coming together in some solidarity and mutual understanding.
2 people found this helpful

Joseph T. RodolicoReviewed in the United States on September 24, 2011
4.0 out of 5 stars
Don't mess with frontier women.
The Secret of Convict Lake is a great little western featuring superb acting and direction. A band of escaped convicts find their way to a settlement occupied by a group of women awaiting the return of their husbands from a prospecting expedition. Looking for weapons and a stash of money, the men are led to the settlement by Jim Canfield, Glenn Ford, the ring leader. The women, then, are forced to hold their own against sexual advances made by the more malicious of these desperate men, one a certifiable psycho and the other a veteran sociopath. The story takes its name from a real-life incident that happened at Convict Lake, California.

Michael Gordon directs a notable cast of veteran actors. Shot in black and white, the action in this frontier tale is well-paced, and Gordon brings out the fullest from the actors. Unlike previous films, in which her alluring beauty is highlighted, Gene Tierney plays a tough and rather busty frontier woman, whose husband is the cause of all Canfield's troubles. Glenn Ford's good guy image and reserve make him an ideal choice for the part of the fugitive who must reclaim his lost honor. This is not so much a bang-bang shoot 'em up action film, as a very entertaining drama.
6 people found this helpful
See all reviews
Back to top
Get to Know Us
Make Money with Us
Amazon Payment Products
Let Us Help You
EnglishChoose a language for shopping. United StatesChoose a country/region for shopping.
© 1996-2022, Amazon.com, Inc. or its affiliates