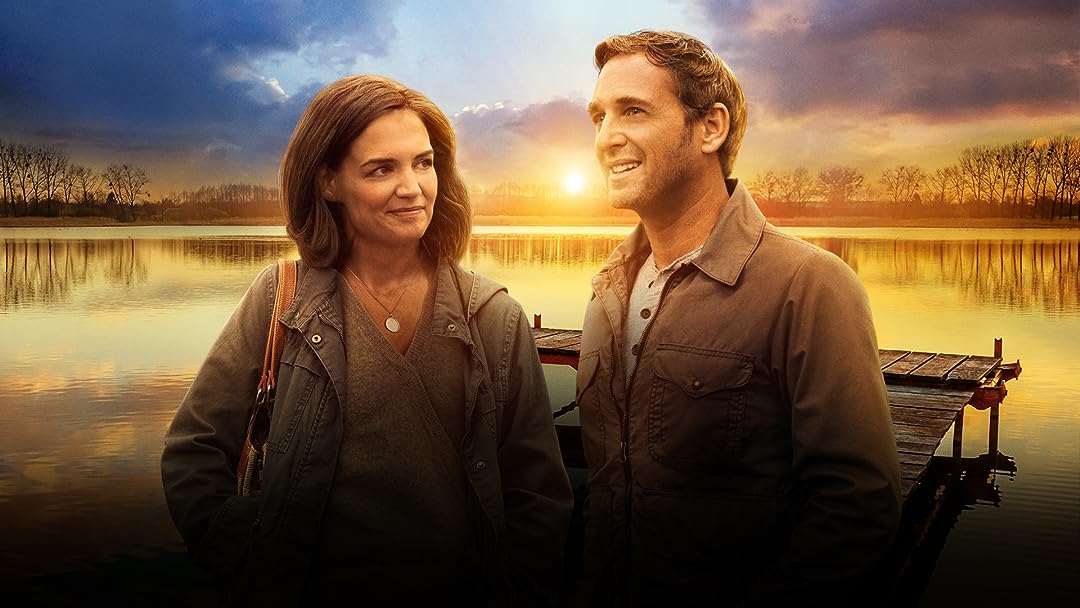 The Secret: Dare to Dream

(35,276)
1 h 47 min2020X-RayPG
Based on Rhonda Byrne's best-seller, this uplifting story follows a young widow (Katie Holmes) and a mysterious man (Josh Lucas) who helps her and her family transform their lives.

Anonymous NobodyReviewed in the United States on July 31, 2020
1.0 out of 5 stars
The power of magical thinking can't save this dreck
I watched this on a friend's account, and now I want that wasted time back.

To enjoy any story I must be able to suspend my disbelief, but the screenwriter made that impossible. The entire premise of the plot is self-absorbed silliness masquerading as New Age self affirmation. Having suffered through the ridiculous "self help" book on which this movie is based, I found myself snorting in amusement at the saccharine absurdity of every scene. You can't bend reality to suit your fanciful desires just by wanting it really really really intensely. You're not God Almighty. You're not even Bruce Almighty.

Miranda is boring and one-dimensional. Bray is the white version of the "Magical Negro" trope. The kids are wooden. The plot is dull and uninspired, a rote 1990s romantic comedy stripped of romance or comedy.

This is utter garbage. Skip it.

Felipe ManchenoReviewed in the United States on July 31, 2020
1.0 out of 5 stars
Even worse than the book
It comes down to the message of "you can do whatever you want if you put your mind to it," which is highly deceitful. Part of growing up is recognizing your limits and that reality sometimes imposes itself; instead, this feel-good flick encourages you to dispense with reality and hope for magic.
343 people found this helpful

ChanelReviewed in the United States on July 31, 2020
5.0 out of 5 stars
Wonderful Movie.
Verified purchase
I enjoyed this movie very much. Perfect for a rainy evening ☺️
284 people found this helpful

Stephanie ThibedeauReviewed in the United States on July 31, 2020
4.0 out of 5 stars
This is a must see for enlightenment and hope.
Verified purchase
Great movie. Inspiring. And good story line. Thought it could have been more for telling but if you just listen with your heart you will get a good message from this beautifully told story of never giving up on yourself and keeping your focus on the positive with an optimistic outlook in life.
249 people found this helpful

Does the law of attraction work? Who knows. Decide for yourself.

Positive vs negative thinking? Cognitive Psychology 101. That is true.
244 people found this helpful

Amazon CustomerReviewed in the United States on July 31, 2020
4.0 out of 5 stars
Slow but Meaningful
Verified purchase
If you are lookin for a big huge adventure movie this is not the one for you. But for someone who is really into the secret and kind of a look at how it is more applied in normal life (save for how fast things appeared in the movie, though guess it's possible). It was a pretty good watch and reminder on how when we focus more on the good things more good things happen.

I’ve wanted things pretty hard in my life and never got them because I was really feeling how much I was lacking the things I wanted even though I wanted them soooo badly. So maybe it would be better if they had focused it more not on “wanting” but more along focusing on what you believe and feel, how much you focus on feeling thankful in your heart for what you already do have. I’ve only changed things in my life when I chose to be thankful for what I already do have and focusing on any single piece of good I can find (and it was really hard at first but it got better with practice) instead of focusing on what I am lacking making me feel worse and doing nothing to solve the problem. By doing that my actions and attitude became better, other people could feel it, I could feel it, and I was more free to live the way I wanted to.
If it were focused more in that way I feel it could have made it a better movie but I still interpreted it in a way good enough for me and enjoyed it.
194 people found this helpful

Martha LechugaReviewed in the United States on July 31, 2020
5.0 out of 5 stars
Dear to Dream
Verified purchase
A nice way of sharing how this laws really do work I Have lived thoughts similar experiences as the movie shows...

BRayReviewed in the United States on July 31, 2020
5.0 out of 5 stars
The Secret Dare to Dream
Verified purchase
Good movie
131 people found this helpful
See all reviews
Back to top
Get to Know Us
Make Money with Us
Amazon Payment Products
Let Us Help You
EnglishChoose a language for shopping. United StatesChoose a country/region for shopping.
© 1996-2022, Amazon.com, Inc. or its affiliates