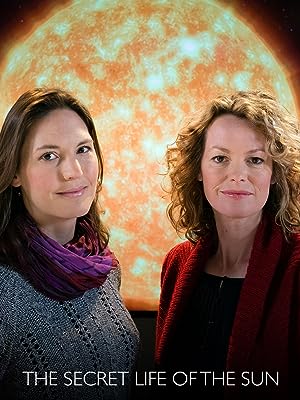 The Secret Life of the Sun

(1)
6.859min2013ALL
Kate Humble and Helen Czerski reveal the inner workings of the sun and investigate why scientists think changes in the sun's behaviour may have powerful effects on our climate.

c wallerReviewed in the United States on May 22, 2020
3.0 out of 5 stars
Long on production, short on information
Verified purchase
In the end, it was worth the viewing, however frustrating along the way. The technical video is lacking (due to little time, and even shorter explanations of what was shown) -- the social video is abundant. Much talking heads while discussing the wonderful sun and its various stages. Showing many different stages with sparse explanation.
Seems to be aimed @ the housewife bored @ home who is curious about the sun and welcomes a chatty tour of just what it takes to gather info about the sun and a few of the amazing tools scientists are using around the globe. Includes a segment showing fusion being produced, a trip to Cairns Australia for a total eclipse, and to norther Sweden for a view, however brief, of the Northern Lights.
The conclusion is that around 2022 or so, the sun will stop producing sunspots and possibly begin another period called a Grand Minimum. The last Grand Minimum took place about 350 years ago, lasted 70 years, was called The Little Ice Age, and it got cold. They show a painting done @ the time of people frolicking on a frozen Thames River in Britain.