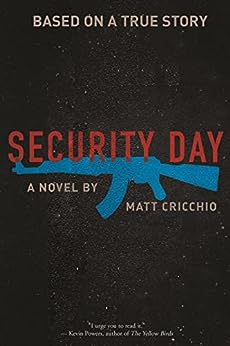 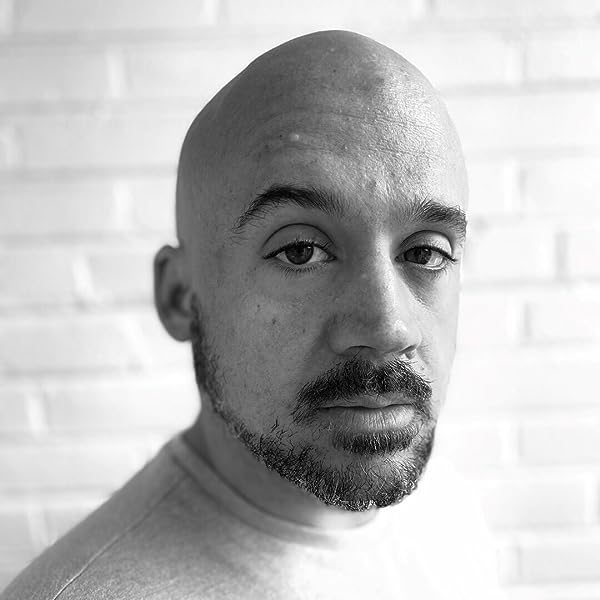 by Matt Cricchio (Author) Format: Kindle Edition
See all formats and editions
Sorry, there was a problem loading this page. Try again.

Afghanistan: where friends look like enemies and enemies pose as friends.

Everyone in Uruzgan province, from street vendors to the American military, relies on Security Day: a weekly convoy under the command of the vicious warlord, General Mir Hamza Khan, protecting supply trucks from Taliban attacks as they cross the Kandahar desert. Security Day has made General Khan the uncrowned king of Afghanistan but American withdrawal threatens his reign.

Rookie intelligence agent Dan Bing arrives in country eager to prove himself, but he quickly finds himself shut out when he runs afoul of the emotionally unstable American commander who is fooled by General Khan's lies. Dan instead finds an unlikely ally in Toor Jan, a loving family man turned spy with deep ties to the Taliban.

General Khan, Dan, and Toor Jan tangle in a tense and surprising tale of espionage, betrayal, deadly vanity and mercy that climaxes into the world's most dangerous game of survival.

Based on a true story, readers call Security Day "very different and exciting—a spy and adventure story teeming with vivid, memorable characters" that is "one of those books you can't put down."

"Written with extraordinary insight into the complexities of both modern warfare and the hearts and minds of those who fight them, Matt Cricchio's Security Day is worthy addition to the literature of our seemingly never ending wars. I urge you to read it." - Kevin Powers, Author of THE YELLOW BIRDS

I wasn't an operator. Or a shooter, or a soldier, or an infantryman. Not a grunt. My job was to meet and talk to people—sometimes under adverse conditions—and build rapport. Rapport was drilled into us during training, even for interrogations.

A good interrogation isn't based on power, or fear, or "torture." At the core it's about connection and—though some would call this "falling in love with your source"—empathy.

Because I wasn't doing the shooting part of war, I truly got to know Afghans and the way they viewed the world. I felt an affinity with their ancient values: love your family, honor the elders, protect our village against all comers. An encounter with reality that stark and clear alters your life. If war can make anyone a better person, then I am a better person for knowing them.

Security Day is dedicated to the Afghans who, whatever their reasons, helped us.

Matt Cricchio served in the United States Navy as an interrogator and spy handler,  deploying to Afghanistan with Special Operations Forces. He earned an MFA in fiction in 2017. He currently lives in Richmond, Virginia with his family and their dog, Chewy, a rescue from Afghanistan. You can find him @mattcricchio on Instagram. --This text refers to the paperback edition.
Read more

Matt Cricchio served in the United States Navy as an interrogator and spy handler, deploying to Afghanistan with Special Operations Forces. He earned an MFA in fiction in 2017. He currently lives in Richmond, Virginia with his family and their dog, Chewy, a rescue from Afghanistan. You can find him @mattcricchio on Instagram or at www.notmfa.com.

5.0 out of 5 stars
5 out of 5
16 global ratings
How are ratings calculated?
To calculate the overall star rating and percentage breakdown by star, we don’t use a simple average. Instead, our system considers things like how recent a review is and if the reviewer bought the item on Amazon. It also analyzes reviews to verify trustworthiness.
Top reviews

Tom De Haven
5.0 out of 5 stars A tense and surprising novel of espionage, betrayal, deadly vanity, and mercy
Reviewed in the United States on October 20, 2021
Verified Purchase
I first read a long section of Security Day a few years back when it was still a novel-in-progress. I thought then that it was something very different and exciting—a spy story, an adventure story, the story of a brutal war in microcosm, and a story teeming with vivid, memorable characters—and that the writer was magnificently gifted. Having now read the final version of Matt Cricchio’s novel, I can tell you that it’s even better than I was hoping it would be and that the writer is as gifted as I’d thought he was and someone who will be around for quite a while.
Read more
3 people found this helpful
Helpful
Report abuse

Jamie
5.0 out of 5 stars A thrilling story based on real life experience!
Reviewed in the United States on October 21, 2021
Verified Purchase
Having read a few parts of the book during its initial writing process, I was excited to get the finished product. If you want an accurate depiction of life in Afghanistan during the GWOT, this is the book for you. It’s a story of family and country. The characters are complex yet easy to understand and get to know.

Security Day is a fast paced and thrilling ride. It’s a must read for anyone with an affinity for this part of the world, spy novels, and what some must risk to help their families and countries.
Read more
2 people found this helpful
Helpful
Report abuse

Amazon Customer
5.0 out of 5 stars Eye opener on Afghanistan
Reviewed in the United States on November 20, 2021
Verified Purchase
The 5 star rating was given from two perspectives. First, the book is a bona fide page Turner. Character development continues throughout the book and the interactions among the characters is constantly changing. The differences in American a mnemonic d Afghani customs and societal norms play important roles in the plot. The second reason for this rating is that the book opened my mind and made it very understandable why this region has been troubled for so long and why the US effort at nation building was doomed from the start. I can't wait for Matt's next read.
Read more
One person found this helpful
Helpful
Report abuse

Donald M Miller
5.0 out of 5 stars A heartbreaking page turner
Reviewed in the United States on November 12, 2021
Verified Purchase
Probably the most promising young author I've had the pleasure to read in a couple of years. Complex, well developed, sympathetic characters from both sides of the conflict. A landscape artfully described by someone who clearly spent time there. Do yourself a favor and get this both. You won't be disappointed.

For the crayon eaters out there, you may want to have a dictionary handy. ;-)
Read more
2 people found this helpful
Helpful
Report abuse

Grace
5.0 out of 5 stars Your next read should be this book
Reviewed in the United States on November 29, 2021
Verified Purchase
Non-stop action and high stakes all the way through - I dare you to try putting this book down once you start it. Matt Cricchio paints a gritty picture of the war in Afghanistan, made vibrant by the raw portrayals of those whose lives were affected by the war. Every character in this book felt tragically real to me - their fears, their loyalties, their motivations - and each of their stories is fascinating right up through the end. Everyone who reads this book will walk away learning something about the many facets of war and what motivates people to fight for what they love.
Read more
Helpful
Report abuse

CC
5.0 out of 5 stars Awesome book
Reviewed in the United States on October 24, 2021
Verified Purchase
Great read, one of those books that you can't put down. Highly recommend!
Read more
2 people found this helpful
Helpful
Report abuse

Anthony Zacharias
5.0 out of 5 stars Tremendous!
Reviewed in the United States on October 27, 2021
Verified Purchase
Tremendous read! Cricchio provides a unique perspective to events in Afghanistan and his writing makes it difficult to put this novel down, highly recommend!
Read more
2 people found this helpful
Helpful
Report abuse

Amazon Customer
5.0 out of 5 stars Eye-opening, informative, thrilling!
Reviewed in the United States on October 27, 2021
Verified Purchase
Matt Cricchio is an accomplished author with a well written novel that gives you a better understanding of the reality of others lives and what must done to survive. An eye-opening book for any reader.
Read more
One person found this helpful
Helpful
Report abuse
See all reviews