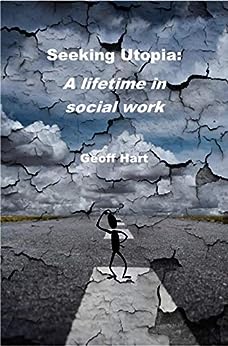 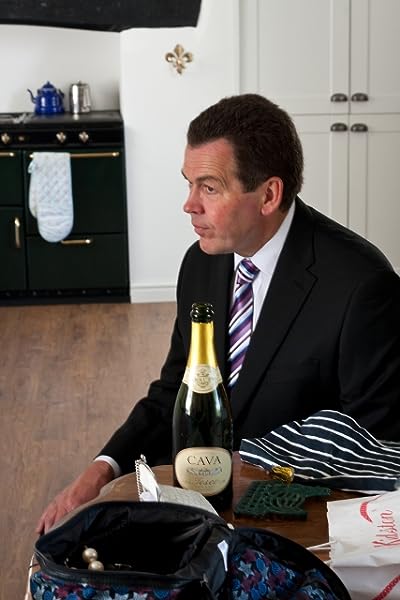 by Geoff Hart (Author) Format: Kindle Edition
See all formats and editions
Sorry, there was a problem loading this page. Try again.
Be prepared for a bumpy ride in Geoff’s often hilarious story of his forty years as a Social Worker. The story is told through reference to his own life and the lives of the people he tries to help. Joy and tragedy are often playing out simultaneously. There is also humour, particularly in the tales he tells of life on the front line, firstly in London and later on in Merseyside.Sometimes things go badly wrong – like when he inadvertently catapulted an old lady into the fireplace – and sometimes his efforts bring their own reward - finding a foster family that allows three abandoned children to stay together or rescuing a baby girl left alone at night. Geoff’s life as a Social Worker is a rollercoaster of emotions that he shares openly and honestly with the reader. He claims that humour is an essential attribute for a social worker who wants to remain sane and he has it in spades.We have had Call the Midwife and James Herriot’s All Creatures Great and Small now at last we have the Social Worker’s tale. Be assured, it was worth waiting for.
Read more
Previous page
Next page

Geoff is a freelance author and poet. Although serious about his prose Geoff writes poetry for fun, often to mark family occasions and to amuse his friends which could explain why he has not got many. He is an active member of the Llandudno Writers Group and an online member of Writing &amp; Publishing.

Geoff was born in London, but has spent almost all of his adult life, up until moving to Bulgaria, in rural North Wales.

In what he says feels like a previous life Geoff was a child care professional.He graduated in Sociology at Portsmouth and later qualified as a social worker at Liverpool. He spent forty years working mainly in child protection, firstly in a local authority, later moving to a well-known children's charity. In the later part of his social work career Geoff worked on projects aiming to improve child care provision across Europe including in Bulgaria.

Geoff is married to a beautiful German woman from a literary family - Marieluise's mother was a successful novelist - and hopes that with the publication of a number of books he may at last attain full family membership.

Geoff has two grown up daughters and four grandchildren. He enjoys life with his horses, growing vegetables and sitting outside on a warm evening drinking beer with his friends.

Geoff's successful travelogue, Bulgaria: Unfinished Business, was published in December 2015. It is now the go-to book for British people living in or contemplating a move to Bulgaria. Prior to that Geoff wrote a novel entitled, Second Time Lucky set in 2035. He has also written an historical novel based in seventeenth century Bulgaria, ruled over by the Turkish (Ottoman) Empire. The Icon of Arbanasi was published on 11th July 2016. His most recent work of fiction is Belene Island, an historical novel set in the early years of the Bulgarian Communist era. Belene Island was published in March 2018.

Finally, Geoff has written the book for which he has been gathering material for most of his life. His social work memoir, Seeking Utopia: A Lifetime in Social Work, was published on 12th January 2019.

Melinda
5.0 out of 5 stars Amazon
Reviewed in the United States on January 26, 2019
I will recommend this book my friends who practice Social Work. I enjoyed the stories about his clients which were both funny and inspiring.
Read more
Helpful
Report abuse
See all reviews

Joan Brown
5.0 out of 5 stars A thoroughly good read!
Reviewed in the United Kingdom on January 31, 2019
Verified Purchase
I didn't expect to enjoy this as much as I did! Geoff has made his potentially difficult subject matter into a hugely readable book. He describes social work from many different perspectives, including those of front line staff, middle and senior managers, and discusses the highs, lows, triumphs and tragedies with real honesty. He doesn't avoid sharing mistakes and regrets, but demonstrates that he always learned from them. Injecting humour into the narrative without detracting from the seriousness and all too often sad situations he describes is a real achievement. Highly recommended!
Read more
Report abuse

Maureen Robinson
5.0 out of 5 stars A great read
Reviewed in the United Kingdom on January 17, 2019
Verified Purchase
This book is a must read for anyone with connections to the social work profession and a very entertaining and informative read for everyone else. Geoff's journey provides the reader with insights into what social work is really about. He has many humorous tales to tell despite the often difficult subject matter. As a social worker myself I appreciate his ability to make the connections between the political agenda and its impact on professional practice. Highly recommend this book.
Read more
Report abuse

Amazon Customer
5.0 out of 5 stars An inspiring and enjoyable read
Reviewed in the United Kingdom on January 14, 2019
Verified Purchase
This book sparked my interest as through my own job I have had contact with a number of child care social workers and always thought how tough their job must be. This book gave me a real insight into the reality of this type of work, it was inspiring, poignant, but also tragic in places. The story remained engaging throughout and it was a very enjoyable read. It was in places very funny despite the tough subject matter. Definitely highly recommend.
Read more
Report abuse

Charles , Amazon Customer
5.0 out of 5 stars A lifetime well spent
Reviewed in the United Kingdom on March 9, 2019
Verified Purchase
This is the saga of a young, principled and hard working young graduate launching himself into the deep end of a hugely challenging career. Sometimes very, funny, at times scary, but never a dull moment. Each episode sees Geoff leading from the front and tackling big issues head on. Highly recommended!
Read more
Report abuse
See all reviews
Back to top
Get to Know Us
Make Money with Us
Amazon Payment Products
Let Us Help You
EnglishChoose a language for shopping. United StatesChoose a country/region for shopping.
© 1996-2022, Amazon.com, Inc. or its affiliates