You've subscribed to Crescent City Kings! We will preorder your items within 24 hours of when they become available. When new books are released, we'll charge your default payment method for the lowest price available during the pre-order period.
Update your device or payment method, cancel individual pre-orders or your subscription at
Your Memberships & Subscriptions
There was an error. We were unable to process your subscription due to an error. Please refresh and try again. 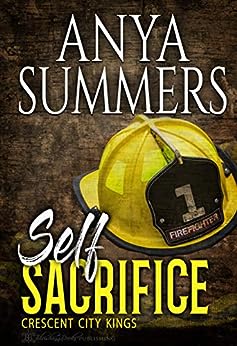 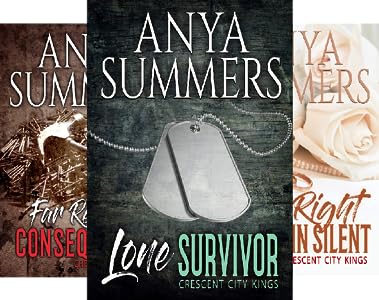 4.5 out of 5 stars
4.5 out of 5
187 global ratings
How are ratings calculated?
To calculate the overall star rating and percentage breakdown by star, we don’t use a simple average. Instead, our system considers things like how recent a review is and if the reviewer bought the item on Amazon. It also analyzes reviews to verify trustworthiness.
Top reviews

marie
1.0 out of 5 stars Boring
Reviewed in the United States on December 23, 2020
Verified Purchase
Im sad to say I was expecting an elaborate story and it was a flop. It was so plain, met a guy had a 1 nightstand and left came back, you know the rest. . Next was boring Im so disappointed. The other 4 books had great stories. It felt like couldn’t come up with a story line. I still love this writer
Read more
Helpful
Report abuse

Kindle Customer
5.0 out of 5 stars Great story
Reviewed in the United States on April 30, 2021
Verified Purchase
The stories get better and better with every book. I loved the way Killian and Gen found their way to each other and wanted to have a relationship not just for the sake of the baby but because they found out they loved each other. Can’t wait for next book
Read more
Helpful
Report abuse

Toi Acton
5.0 out of 5 stars Cute Read
Reviewed in the United States on January 6, 2021
Verified Purchase
Gen meets Killian when he rescues her from a hotel fire, one thing leads to another and she now lives in New Orleans, where she attempts to meet with him to tell him her news, only to find him with another women. Working out the why's and how are interesting.
Read more
Helpful
Report abuse

Marilyn Gamble
5.0 out of 5 stars Wonderful book as always
Reviewed in the United States on December 30, 2020
Verified Purchase
Every one of her books are great. This is one of my favorites. Great characters and great plot. Those are two of my most important things in a story. Please keep them coming
Read more
Helpful
Report abuse

Redrabbitt
TOP 1000 REVIEWER
5.0 out of 5 stars HER HEAD DEMANDED ONE PATH, HER HEART WHISPERED ANOTHER
Reviewed in the United States on December 16, 2020
This is the fifth story in the Crescent City Kings, where each story will read well as a stand-alone. I will admit this story is an emotional roller coaster ride with the various characters. Just read the book, and you won't be sorry. Anya Summers has a way to draw her readers into the story and keep them on pins and needles. She has the best chemistry with her characters and plenty of angst—a touch of danger and suspense. One woman, two men, both want her, one a life-long friend, the other, a one-night stand with consequences.

Genevieve "Gen" Holt will travel to New Orleans to interview for a job that will take her away from her controlling parents and her father's company.

The family dynamic is cold, with control, and no lover or emotions. During the night, the hotel she is at will catch fire; trying to find an escape route will have Gen rescued by firefighter Killian Raveau. As a thank you to all the brave firefighters, she will take them a meal but invite Killian to join her for drinks.

The job offer comes through, she accepts, and she starts selling her home in Chicago and buying a place in New Orleans. All this takes time; she starts her new job and discovers what she thought was stress-related was a surprise gift from Killian—she is expecting—and what will he think?

"There had been no promises of commitments made. It had been a one-night stand in the purest sense of the word. One that had borne fruit."

The story is full of so much angst, emotions, misunderstandings, and two men who claim to want her. One, Joe Wentworth, a very wealthy man who has been her friend for her entire life, one she has strong platonic feelings only for. Then, there is Killian Raveau, a man who makes her body come alive just thinking about him, and she is carrying his baby. But what can come from a love-them-and-leave-them kind of guy?

She was only a one-night stand—wasn't she? What will she do when both men are fighting over her, wanting to marry her and raise the baby? Is it fair to Joe to accept his proposal when she loves him like a brother, and there is no chemistry? Will Killian be here for now and then back to his old ways? She has to consider not only herself, her feelings, but that of her child. How does Killian feel about the impending fatherhood?

"He, the confirmed bachelor, had been set ablaze during the night she'd spent in his bed, and he'd not been the same since. If that wasn't love, or a least the promise of it, he didn't know what was."

The story takes the reader on an emotional roller-coaster ride with Gen and Killian and what life would be like. When a chance for a safer job is offered, Gen is upset that he is waffling on what he wants to do—now that he will have a child too. Will his dangerous job affect them as a couple? When life and death come calling, will she learn how tight not only his biological family but his work family are?

"Woman who love firefighters have to stick together. They're a different breed of men, I'm convinced of that. And it will all work out, you'll see." --Molly Raveau

Emmellen
5.0 out of 5 stars Full of romance tropes, but done so well
Reviewed in the United States on December 29, 2020
I love a romance where the protagonists act in a mature way I’d expect real-life people to do, but who exhibit flaws that not only make them human instead of perfect, but also help drive the plot. Self Sacrifice is a great example of this. Gen and Killian meet through a one-night stand from which she ends up pregnant. So their relationship is built on emergency and insecurity; neither really knows the other, but they have to learn if they truly want to be together for life, versus addressing the result of a night of hot sex.

I liked how Gen and Killian both had careers and valued them, and how their earlier lives and support networks formed how they approached not only the pregnancy but their potential relationship. The secondary characters are also strong in this book, particularly Gen’s childhood friend Joe (although I didn’t buy his setup at the end of the book at all).

Self Sacrifice is driven by tropes, but when those tropes are done well, it makes for a great read. I was engaged by these lead characters, who made mistakes but learned from them, and who learned to trust in one another. It’s a wonderful entry in the Crescent City Kings series.
Read more
One person found this helpful
Helpful
Report abuse
See all reviews