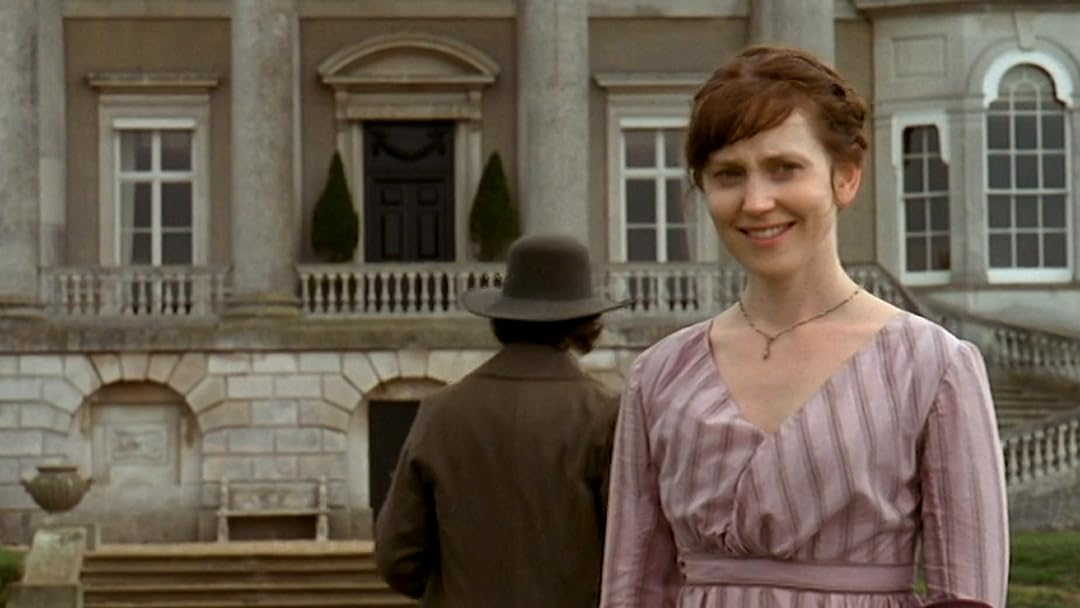 Season 1
(124)
2008TV-PG
Two sisters learn what it takes to find love and happiness in a restrictive high society, where wealth and status trump all.

Leslie BReviewed in the United States on January 13, 2018
5.0 out of 5 stars
Five Stars
Verified purchase
Didn't realize it was not US format. But at least it works in my computer!
One person found this helpful

R.A. WoodReviewed in the United States on May 21, 2017
5.0 out of 5 stars
Need all region player, but well worth it.
Verified purchase
This is in English, but you'll need an all region player. Those aren't expensive. Love this performance better than the film.
One person found this helpful

AlexReviewed in the United States on July 16, 2021
5.0 out of 5 stars
Outstanding -- and Outstandingly Beautiful -- Adaptation of Austen's Book
I love Jane Austen's works in general and "Sense and Sensibility" in particular. I have read the book numerous times, and I just cherish the story line and character development.

Andrew Davies's 2008 adaptation for the BBC is, in my opinion, the best film version of Austen's work, by far. Davies captured the essence of Austen's writing in a beautiful, slightly modernized way.

If I compare this version with Emma Thompson's 1995 star-studded movie adaptation, Davies's version trumps the movie in almost all aspects. The cast is simply fantastic -- and suitable for each role. Where Emma Thompson and Hugh Grant just appeared wooden (and also far too old for the roles they had been cast for; Elinor Dashwood is supposed to be 19 years old, and Thompson was around 30 when she played her), Hattie Morahan as Elinor and Dan Stevens as Edward Ferrars are nothing short of spectacular and have wonderful chemistry.

Every character -- with the notable exception of the somewhat cartoonish Anne Steele, perhaps -- appears genuine and well-rounded, and it's impossible not to get interested in and touched by their respective journeys. The stunning photography -- especially of the rugged Devonshire scenery -- only adds to the superior quality of this made-for-TV version that would have been deserving of the big screen. If I could give this 10 stars, I would.

lucinda9Reviewed in the United States on May 24, 2021
5.0 out of 5 stars
Fantastic- the best
I admit I loved Sense and Sensibility movie with Emma Thompson, Alan Rickman, Kate Winslet, and Hugh Grant. But, it's more for the actors rather than the whole retelling of the story. I think this version is excellent and under-rated for sure. Thoroughly enjoyed seeing another version that seems, even more, English authentic. Salute for the Brits and their wonderful period dramas!
One person found this helpful

no worriesReviewed in the United States on May 20, 2021
1.0 out of 5 stars
horrible acting and they changed the plot in several ways
I usually finish what i start. But this was horribly done. The acting was horrible. The characters were obviously chosen with an extreme lack of judgment. The plot was changed in several ways as to make it barely resemble the actual story that it supposedly stems from. Overall, this was the worst rendition I have yet seen.

JoeReviewed in the United States on November 1, 2021
5.0 out of 5 stars
Could NOT Agree More ...
So many reviews refer to THIS BBC Version as Better than the film version: More money, More well known actors and far wider distribution. Yet as ever, one never knows just how these things are received by audiences. BRAVO BBC Such a wonderful cast and setting !

EdgarRiceBorroughsReviewed in the United States on August 3, 2021
5.0 out of 5 stars
My new favorite version of Sense & Sensibility
Well done, Amazon, well done!!
Comes to mind when I watch this....well done.
See all reviews
Back to top
Get to Know Us
Make Money with Us
Amazon Payment Products
Let Us Help You
EnglishChoose a language for shopping. United StatesChoose a country/region for shopping.
© 1996-2021, Amazon.com, Inc. or its affiliates