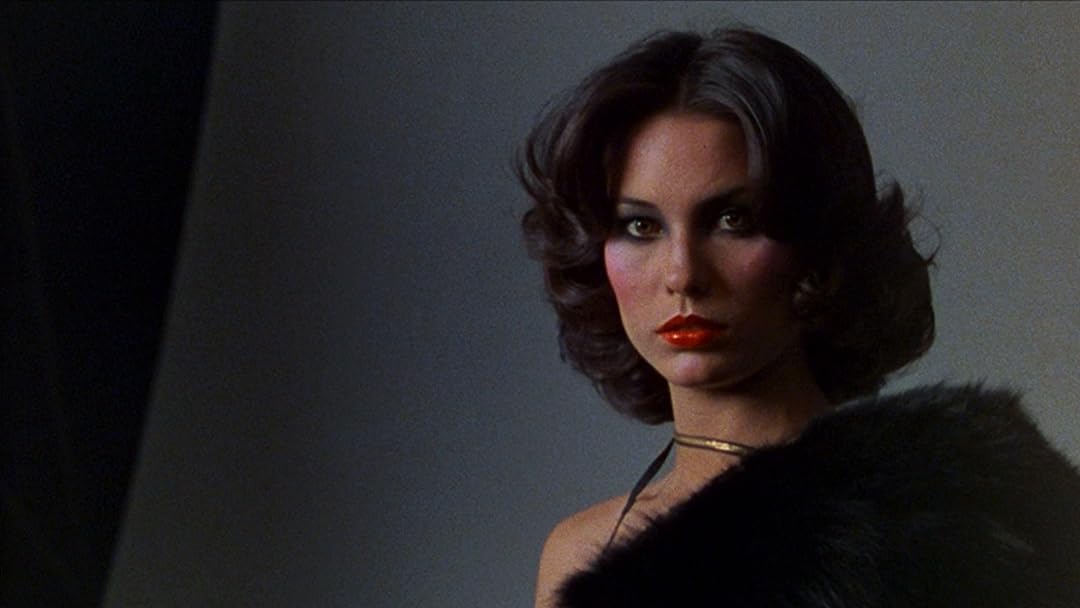 (859)
6.31 h 32 min1977PG-13
When a beautiful model rents an apartment in a gloomy New York brownstone, little does she realize the unspeakable horrors that await her behind its mysterious doors.

C. BennettReviewed in the United States on January 5, 2020
2.0 out of 5 stars
Wrong director, boring lead actress, fascinating aging stars and stars-to-be around the edges
Verified purchase
Michael Winner is best known for directing the Death Wish movies with tough-guy Charles Bronson. Here he is trying to apply his ham-fisted sensibilities to emulate the subtle, witty, underhandedly frightening Rosemary's Baby, with predictable results. Christina Raines is weak as the center of this, a typical anorexic 70s actress who serves as chief victim of the action without providing us a real person to care about. And I cannot forgive Winner for using real people with horrible deformities to portray demons at the end--he is equating physical freakishness with actual evil, which in reality comes in much slicker forms, wearing $1000 suits and spinning reality on cable news shows.

What's interesting about this film is its beautiful look and setting, and the marvelous older actors like Ava Gardner, Arthur Kennedy and Burgess Meredith brought in to spice things up, along young up-and-coming actors like Jeff Goldblum and Beverly D'Angelo (who breaks through her non-speaking role with a mind-boggling display of sexual deviation). Ava Gardner in particular is a very sexy 50-something here, and is vastly more alluring and watchable than stick lady Christina Raines in their scenes together. If only this movie had been focused on this fascinating actress...

A.J.Reviewed in the United States on July 26, 2019
3.0 out of 5 stars
Good for Nostalgia but not for Repeat Viewings
Verified purchase
It's funny how the passage of time can change one's perspective on a film--and this is exactly how I feel about the movie, The Sentinel (1977). Remembering how much I loved and was terrified by the film growing up, I couldn't resist buying a copy of the DVD version for myself recently so that I would always be able to watch it when I felt like it. After viewing it again after so many years, though, I've found that my feelings had changed. Scenes that I once thought of as scary now only seemed boring and silly. Only the film's closing scenes, which portrayed the final battle between "good" and "evil", remained as terrifying as I remembered them growing up.

Although I'm glad I bought the film, it doesn't seem like one that I will be reaching for again any time soon. Now that I'm older, it just doesn't capture my imagination in the way that it once did.

Usonian33Reviewed in the United States on November 7, 2019
1.0 out of 5 stars
Waste of a great idea
Verified purchase
The concept, the all-star cast, the creepy Brooklyn Heights setting...all top notch. The execution, the acting, the direction...all just a total catastrophe. The director has no real feel for horror, and it's obvious star Christina Raines is miserable and disengaged (read up on her recollections of making this thing). Yeah...The "old man behind the door" is a nice jolt, punctuating the ungodly tedium for about 10 seconds. Thats about all we get. The finale is famously offensive... the only distinguishing thing about this bomb...but even that is wasted...it's filmed in the flattest and most boring way possible, feeling more like an ABC TV-movie from the 70s, rather than a big screen horror film. Someone should remake this and do it right...
2 people found this helpful

AndiReviewed in the United States on January 31, 2019
5.0 out of 5 stars
Still great after all these years
Verified purchase
This was a favorite of mine as a teenager. It would come on TV and I'd watch it with my mom. I just watched it with my 17 year old daughter and we both loved it. Lots more nudity than I remembered since when I was a kid watching on network TV, that stuff was cut. Really fun horror movie that stands the test of time. I feel it's on par with Rosemary's Baby.
9 people found this helpful

Mrs. P.Reviewed in the United States on August 6, 2013
5.0 out of 5 stars
An Vintage Horror Classic
Verified purchase
I am not going to re-hash the story as all of the other reviewers have already listed the premise of the movie. I will say, mbeing an absolute horror fanatic, I am so very glad that I own this gem! To see the "star power" that they were able to cast in this movie adds to the brilliance of it, down to the very last scene with Tom Berenger and Nana Visitor. What is great about the movie (and the book for that matter) is that NONE of the main characters are truly likeable! Personally, I like it when a movie has these type of characters - pretty much self-absorbed narcissists that you don't really feel any sympathy for (think Rob Zombie's Halloween 2, but a movie that you actually like). Without ruining it for anyone, my favorite scene in the entire movie, and one of creep-inducing chills that is NEVER seen in today's movies, is when Alison's Father is behind the door and walks across the room. If you have seen the movie, you understandably can agree that just the way it was filmed is brilliant and will make even the most die-hard horror fan get a chill up their spine! I highly recommend to ANYONE who has a love of horror movies, especially 70's/80's horror (if for nothing else, the HORROR of the clothes we wore back then!)
24 people found this helpful

Jonathan M. BermanReviewed in the United States on December 5, 2019
4.0 out of 5 stars
amazing cast and a great story
Verified purchase
I saw this movie when I was a kid in the 80s on HBO I think, didn't remember anything except for Burgess Meredith with the bird on his shoulder playing the devil or something... damn that's a great movie... not great like in a classic or masterpiece, but what an amazing cast and a great story, from beginning to end it has fantastic pacing, direction and music. Cannot complain, very entertaining.
6 people found this helpful

Robert J. CrawfordReviewed in the United States on March 6, 2011
4.0 out of 5 stars
supernatural film noir
Verified purchase
This is a very fun film about a girl who, for reasons she cannot explain, joins a bizarre group of characters in a very old Brooklyn building. Though she is taken aback by their habits, including an erotic scene with a stunningly beautiful young Beverly d'Angelo and an eccentric party with Burgess Meredith, she accepts them with a warm amusement. THere is also a mysterious priest who stares from the top window. By day, she seems to have everything: a flourishing career as a supermodel, a loving relationship with a successful lawyer, and friends.

Little by little, though, layers get peeled away to reveal pain and contradiction in her life. She relives a horrible memory involving her father, which led her to desperate acts as a young girl. She is also plagued with fears at night, hearing noises and sensing evil and begins to break down. There is also a cult of upper-level catholic priests that is watching her, apparently acting with the approval of the hierarchy. Then her boyfriend behaves in strange ways: on the one hand, he is seeking to help her even at risk to himself, but on the other, there is an unmistakeable malevolent side to him that sparks the interest of a local cop. In a way, the boyfriend is her most important link to life, though it is clear he cannot be completely trusted.

As her crisis worsens, all of these aspects form a great mystery that intrigues the viewer, or at least those that enjoy this kind of mindgame. It is like a fast-paced film noir, only supernatural, with a building mood of terror and loss of control. Right up to the end, I had no idea what was really going on. Is there a conspiracy? Are the cultic priests good or bad? What is the role of her boyfriend? What does the vision of her father mean? Who are these strange apartment mates, many of whom are apparently already dead? In the end, not all of the loose ends are tied off, which is fun but also a bit sloppy, at least in my viewing.

Warmly recommended. Another very fun aspect of this are the future stars in this, from Jeff Goldberg and Christopher Walken to d'Angelo. It is an incredible set of actors, which makes the film special.
12 people found this helpful

William DorferReviewed in the United States on October 23, 2009
5.0 out of 5 stars
Slow-paced, but enjoyable and quite extreme for '70s horror!
Verified purchase
Having heard about this movie on Bravo's 100 Scariest Movie Moments countdown, I felt obliged as a devoted horror fan to check this out. Based on the scenes shown in its time on the countdown, I expected this movie to be great, yet lacking in any real graphic nature.

So we're off to an extreme and awesome start, and then the movie, interestingly enough, makes a turn into a slower-paced, more gothic route. A model moves into a large apartment building in the city, and as the movie progresses, creepier and creepier things start to happen. This makes for an interesting contrast to the intro, and the gothic elements of the movie are really well-done. Don't worry though, for those seeking more of the glorious graphic nature of the first part of the movie, it picks right back up towards the end! A brutal climax is assured, combining both gruesome imagery and captivating, mysterious atmosphere.

The movie ends on a somewhat unusual note, although for movies of the time it's really not that odd. Although the DVD could have been stronger in the extra features department, the movie itself is great. Overall, "The Sentinel" is a highly recommended horror movie for fans seeking a well-done combination of the more graphic side of horror and the more supernatural, atmospheric side. Thanks for the time, and peace.
12 people found this helpful
See all reviews
Back to top
Get to Know Us
Make Money with Us
Amazon Payment Products
Let Us Help You
EnglishChoose a language for shopping. United StatesChoose a country/region for shopping.
© 1996-2022, Amazon.com, Inc. or its affiliates