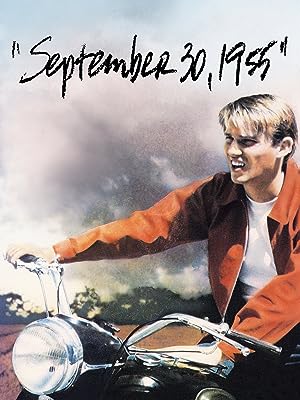 M. JacksonReviewed in the United States on December 29, 2018
3.0 out of 5 stars
An interesting film for Richard Thomas
Verified purchase
The film kept my interest, though I'm not sure the premise has a point that reflects anything but nostalgia. It's about a college boy (Thomas) named Jimmy, who adores James Dean and is emotionally turned upside down when he hears the star has died. By the end of the film he's practically turned into a Rebel Without a Cause. The story is a bit loopy, but all of the actors, especially Thomas, are so sincere and believable. If you're used to Thomas as John Boy, this character is quite the opposite and it's nice to see the actor play someone a bit messed up. For the heartthrob fans, Thomas has a few skin scenes that show off his attractive form, albeit covered in mud. Also, by 1970s standards, the look of the film, costumes, cinematography and orchestra score take you back to the 1950s very nicely. Usually, films from the early '70s had trouble adhering to period and not looking like they were a product of the '70s. I'm not sure what this film is trying to say about James Dean, the '50s, obsessions or outsiders to the norm, but it's showing a kind of mix of all of those themes.
2 people found this helpful

The RavenReviewed in the United States on August 16, 2020
3.0 out of 5 stars
A labor of love for writer and director, James Bridges
Verified purchase
I wanted to like this little contrivance of a film, but the whole affair falls flat.

Roger Ebert once said that if a movie entertained him, he would give it a thumbs up, no matter the film's pedigree.

This "American Graffitti" wanna-be is simply not engaging.

I found myself screaming to get out of Arkansas--the movie's on-location setting--before being suffocated by small town conformist life in the 1950s.

For film fans who happen to be gay, note that the writer-director, James Bridges, and the actors Dennis Christopher and Tom Hulce, are all gay. (Warhol and John Waters' actress Susan Tyrell?) There is much gay signaling going on throughout the movie.

Tim ReardonReviewed in the United States on July 19, 2021
4.0 out of 5 stars
Arkansas Nostalgia
Verified purchase
Filmed in Conway, Arkansas, and also Lisa Blount's first film makes this movie a homecoming for those who are from or fond of Arkansas. James Bridges (another native Arkansan) puts together a very nice cast, and the story of James Dean's death and the impact it has on a group of friends draws you in as each of the teens deals with the actor's death in their own way. The film centers around the characters of Richard Thomas and Lisa (Billie Jean and Jimmy Jay) two huge James Dean fans who have seen his films numerous times, even memorizing lines and acting out scenes. Jimmy Jay (Thomas) is so wrapped up in the life of Dean that he is convinced his life is a constant movie and his and Dean's lives are eerily similar. Jimmy is tormented by the actor's death and Billie Jean is the only one who understands and sympathizes with what Jimmy is going through. Both Billie and Jimmy try to reach Dean's spirit through different seances and ceremonies. The scenes where Billie and Jimmy hold a seance with their friends to try to contact Dean's spirit if the highlight of the film as both of them "look for a sign" that James Dean is present. The film builds to an unfortunate and sad ending for Billie Jean and Jimmy Jay with great acting along the way. It's a keeper!

David E. BaldwinReviewed in the United States on March 2, 2012
5.0 out of 5 stars
Death Of An Icon
Verified purchase
Mid-Fifties in a small town in Arkansas. Football and beauty pageants reign supreme. Jimmy J.(Richard Thomas) though not necessarily a rebel is a bit of an iconoclast in the environment foisted upon him. Word of the passing of his idol, actor James Dean, in a horrific automobile accident as an afterthought on the transistor radio. Jimmy is beside himself. Aside from his flaky friend Billie Jean (Lisa Blount) nobody can understand the depths of his grief. This leads to a day of mischief, drunkeness, seances, and graveyard pranks. Jimmy's friends(which include Tom Hulce and Dennis Quaid in early roles) indulge him but don't really understand. Jimmy is going to have to go on this one alone. This film must have been very personal to director-screenwriter James Bridges. It's difficult to dramatize hero worship. Even more difficult is dramatizing the death of a hero and the subsequent sense of loss their acolytes are experiencing. The film is also abetted by a terrific performance by Thomas. In an act of restraint Thomas charts expertly the stages of grief Jimmy J. is going through. Two scenes stick out to me. Jimmy's expression as he watches the final moments of "East of Eden" unspool. Secondly, a scene towards the end where Jimmy relates to Billie Jean key plot points of the posthumously released "Rebel Without A Cause". The final shot of the film that lingers on a movie theatre marquee is brilliant.
6 people found this helpful

JimReviewed in the United States on August 17, 2017
3.0 out of 5 stars
DVD transfer is awful.
Verified purchase
The movie itself is great...but Universal's DVD transfer is terrible: an impenetrable sea of artifacting and digital noise that looks worse than the old VHS copy I used to have.
2 people found this helpful

William H. Kern, Jr.Reviewed in the United States on January 12, 2013
5.0 out of 5 stars
They remembered and idolized James Dean, like I did.
Verified purchase
James Bridges who directed the CHINA SYNDROME, among other hit features, directed this one. A lot of young actors who went on with their own careers, Dennis Quaid, and Dennis Christopher, starred in the movie. Yes if you are still remembering James Dean, this will re-new some of your feelings after he died. Amazon just got it on DVD. The title is the date James Dean died.
I am leaving out a couple of the other main character stars who were also in the film. Buy it!
2 people found this helpful

That One GuyReviewed in the United States on November 12, 2019
5.0 out of 5 stars
Great purchase
Verified purchase
Bought this for my mom. She was happy with it so two thumbs up.

Amazon CustomerReviewed in the United States on September 7, 2019
1.0 out of 5 stars
Boring
Verified purchase
Boring
One person found this helpful
See all reviews
Back to top
Get to Know Us
Make Money with Us
Amazon Payment Products
Let Us Help You
EnglishChoose a language for shopping. United StatesChoose a country/region for shopping.
© 1996-2022, Amazon.com, Inc. or its affiliates