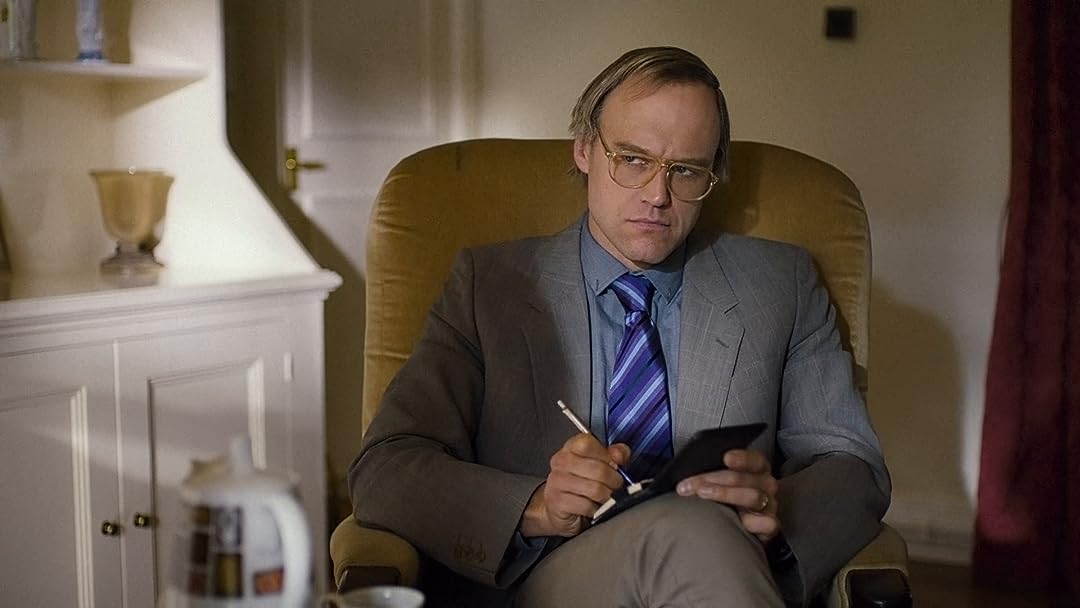 BelcantoReviewed in the United States on September 25, 2016
1.0 out of 5 stars
Why this casting???
Verified purchase
I am giving this movie one star for a specific reason: HORRIBLE casting of the lead actor. And I'm not attacking his acting; I think this is a case of bad casting, direction, and writing. The killer being portrayed here is someone who was outwardly handsome, disarming, appealing...portrayed here as a hippyish, sulky, creepy loser.

If the intent here is to demystify the very well-known villain, then this was a poor way to go about it. Was he one of the most terrifying, evil murderers ever? Absolutely! The character being portrayed here is completely unbelievable, though--never could THIS guy be so successful/prolific with the demographic he chose as victims; everything about him is off-putting and (speaking as a woman) sexually repulsive. The key to what made the true villain so terrifying was his ability to pass as normal, to be someone most people wouldn't hesitate to be friendly with or offer a hand to. He was clean-cut and intelligent, cunning and charming enough to manipulate a situation where he was able to escape from jail a second time, when his guards knew he had escaped (and gone on a rampage) once before. The dichotomy between his appearance/demeanor and the absolute savagery of his attacks, the brutality he inflicted, the necrophilia...those are really the keys to what makes him scary and interesting.

This actor with his weird hair, scruffy whiskers, and too-wide smile is definitely creepy enough to play a serial killer, he just isn't right for this one.

Kristina StarckReviewed in the United States on April 11, 2017
2.0 out of 5 stars
Terrible casting of killer!
Verified purchase
Awful choice by the casting director for the guy playing the killer in this series! Totally off on every single aspect from looks to personality to the point of being (badly) distracting. I can't even exchange this stupid series now because I watched an episode of it. Let me tell you this...I will NOT be watching the other episodes even though I paid for them. Yes, it's THAT bad. Go read Keppel's or Ann Rule's books instead.
One person found this helpful

Steven DennReviewed in the United States on February 2, 2016
5.0 out of 5 stars
A Successful Suspenseful Dramatization
Verified purchase
Before I begin, I want to make sure to stress that this is a suspenseful dramatization. Of course the guy who plays the killer doesn't look exactly like the killer, and of course there will be misdirection. I found his actor to be just as charismatic as it has been said the man he played was.

Acting is amazing and spot-on, everything was well cast. The last episode's use of real video footage, pictures, and audio files was haunting - not something I'll forget soon.

Give it a watch if you're interesting in famous serial killers of America, or just like a good suspenseful dramatization! The killer will rightly haunt your dreams.

Favorite quote: "I think I saw the devil."
3 people found this helpful

California DreamingReviewed in the United States on June 9, 2015
2.0 out of 5 stars
Not Too Thrilling
Verified purchase
(Update 2015-06-15: I've watched all of the first three episodes, and most of episode four. While I'm still panning the series, the documentary is definitely worth a peek. But why not read Robert Keppel's books instead? They're terrific.)

I've seen probably every movie about the Antagonist -- I won't give his name, even though you should already know it -- and I've read many books as well. Furthermore, I'm a big fan of Dr. Robert Keppel's books, and they are incredibly insightful. I've also read the most famous book on this subject -- I won't name that either to avoid a spoiler -- and while I liked it, it still had some flaws. So, I was really looking forward to this mini-series.

I will say immediately that I do like the actor's portrayal of Dr. Keppel. I don't know the ex-detective/current professor personally, but I've seen many interviews with him. And I believe that the actor plays this role quite well; he seems to nail many of the subtle mannerisms of Dr. Keppel. Is this actor really like the man he is playing, though? Well, you'd have to ask someone who knows the professor personally, I suppose.

But the actor playing the Antagonist? Really? He absolutely strangles any life from the real-life killer, to risk offense. This actor neither looks nor acts like the real Antagonist, and for the life of me, I do not understand what the casting director was thinking. Ok, maybe I do.

The Antagonist was considered to be quite charming, and quite handsome. Supposedly, over time, people's opinion about beauty changes, although I think that it is strictly socialization. So our character here maybe fits modern-day opinion of what makes a man desirable; once again, you'd have to ask someone else on this one. But I often complain when an actor looks too much like the person he's playing; it can be distracting. But here, it's completely the opposite; this guy looks NOTHING like the Antagonist! What a huge misfire!

This story needs to be told in a mini-series, as there is so much information, so the producers get this part right. But so much time is wasted here on information that is unnecessary. I think the writer wanted to throw out red herrings to build suspense, but you know, sometimes a red herring is strictly a red herring. And sometimes, a red herring just stinks.

Big disappointment for me on a movie that could be terrific, even if making another film about the Antagonist could be considered overkill. Go watch the other movie instead, or even that other one, to again avoid any spoilers. But I'll give you one spoiler that should help: this mini-series smells like milk that's one month past its pull date. I'd just dump it from my WatchList if I were you, right down the drain.
3 people found this helpful

Wallace DavisReviewed in the United States on February 25, 2018
3.0 out of 5 stars
Three Stars
Verified purchase
not bad but could have been better

Deb F.Reviewed in the United States on January 7, 2018
4.0 out of 5 stars
Four Stars
Verified purchase
Very methodical and informative. Never realized Ted Bundy had a girlfriend.

RachelReviewed in the United States on April 2, 2018
5.0 out of 5 stars
Five Stars
Verified purchase
LOVE IT

Mary M. SiflingReviewed in the United States on July 5, 2015
5.0 out of 5 stars
Five Stars
Verified purchase
Excellent!
One person found this helpful
See all reviews
Back to top
Get to Know Us
Make Money with Us
Amazon Payment Products
Let Us Help You
EnglishChoose a language for shopping. United StatesChoose a country/region for shopping.
© 1996-2021, Amazon.com, Inc. or its affiliates