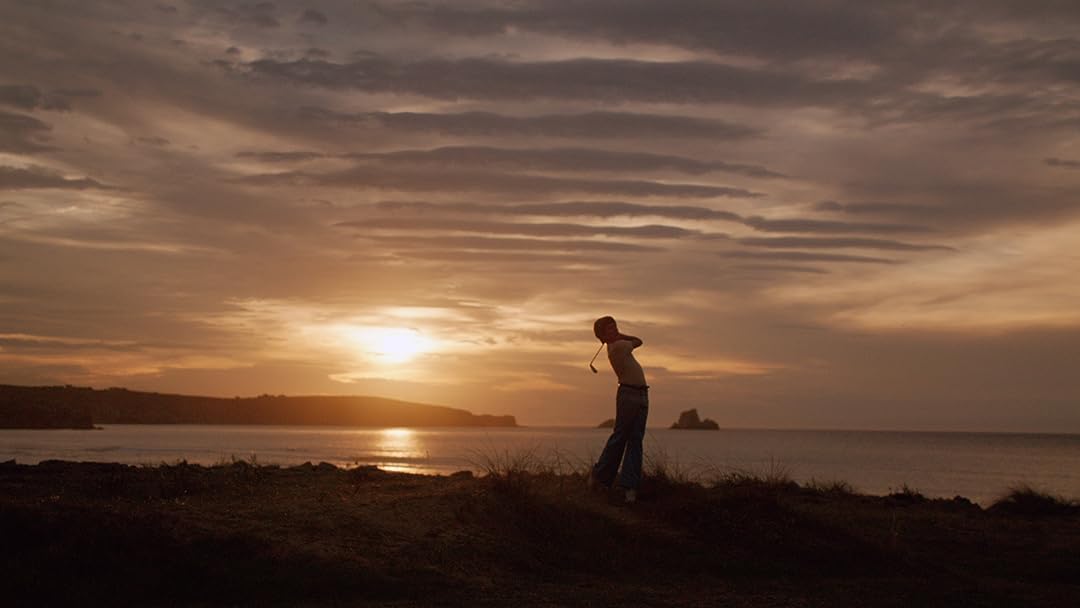 (118)
7.22 h 4 min2016ALL
Despite being blocked at almost every turn in pursuit of the sport he loved, Seve Ballesteros fought against adversity to become the most spectacular and charismatic golfer to ever play the game. Seve combines dramatic recreations with archive footage to tell his incredible rags to riches story; from humble beginnings to becoming world number one and the greatest golfer of a generation.

M. CritelliReviewed in the United States on December 23, 2018
5.0 out of 5 stars
What a Celebration of Someone Driven to Excel!
Verified purchase
It was a beautiful celebration of someone who took the resources available to him and, to use his own words, to "build your own gold course by using your own imagination." We should be inspired by someone who appeared to be disadvantaged and inadequately supplied with equipment, a golf course, and competitive opportunity, but who found a way to practice and prepare for golf wherever he could find open space.

Although it was somewhat unorthodox to shift back and forth between professional actors and actresses recreating what happened in Ballesteros' early life and footage of the real Ballesteros, the portrayal worked. It was as if the depiction filled in what could not be discovered, and enabled us to see the adult Ballestero through a prequel inserted into the same film. I loved the portrayal of the Ballesteros childhood, particularly the young man who played the young Ballesteros. We could believe that he would become the real adult we saw throughout the film.

Although I thought I knew the story, the significance of the Ryder Cup accomplishments to Ballesteros' sense of self really became clearer to me.

It was a joyous film and one that I am so glad I had the opportunty to see.

moegolfReviewed in the United States on August 17, 2016
4.0 out of 5 stars
The movie does a fine job juxtaposing a young actor recreating Seve's youth to ...
Verified purchase
For most American golf fans Seve was the guy in the black hat but watching this movie will likely change that perception. The movie does a fine job juxtaposing a young actor recreating Seve's youth to film footage of his amazing career. It is a bit romanticized but seems pretty true to what his life was like coming up. There is no edginess of his personality presented which I am sure was there but you still get a good feel for how he approached playing, competing, and polishing his skills. The golf footage of his play at the majors is real jaw dropping stuff. But you can appreciate from this film that Seve's bigger accomplishment was grabbing the European Ryder Cup movement by the scruff of the neck and putting it on it's feet. He was a leader by example and he convinced many young European players that they could hang with the Americans head to head which clearly translated into new confidence for these players in all world events. Every European player that has made a mark on the world stage owes a bow of gratitude for Seve paving the way. This film is well worth watching.
3 people found this helpful

BikerReviewed in the United States on January 14, 2017
5.0 out of 5 stars
Seve was one of the best.
Verified purchase
Excellent movie about the life of Seve. It does a great job of giving the story of Seve's humble beginning's.The acting of the family and young Seve is excellent and the movie has plenty of actual highlights from his career. It was great to see a movie about one of the worlds greatest golfers whom limited information is available about.
4 people found this helpful

AnnArborshopperReviewed in the United States on December 2, 2018
5.0 out of 5 stars
You will love Seve!!!
Verified purchase
Do not miss this movie! Severiano Ballasterios was a totally self-made world-class person & golfer. Great family story! True, heart-warming, heart-breaking movie about one of the best!
2 people found this helpful

WJBReviewed in the United States on March 12, 2020
2.0 out of 5 stars
Doesn't know if it wants to be a documentary or a movie based on a true story.
Verified purchase
And it wasn't entertaining for me as there was too much time spent on his childhood where not much happened.

Amazon CustomerReviewed in the United States on November 14, 2019
5.0 out of 5 stars
Brilliant Golf Star
Verified purchase
This is a profound heartfelt film about an amazing Champion Golf Star - Seve - with an immense and powerful drive and determination to be the best Player in the world, and who succeeded with great style. As Seve himself said - Golf chose me.