Seven Sorcerers (Books of the Shaper Book 3) and millions of other books are available for Amazon Kindle. Learn more 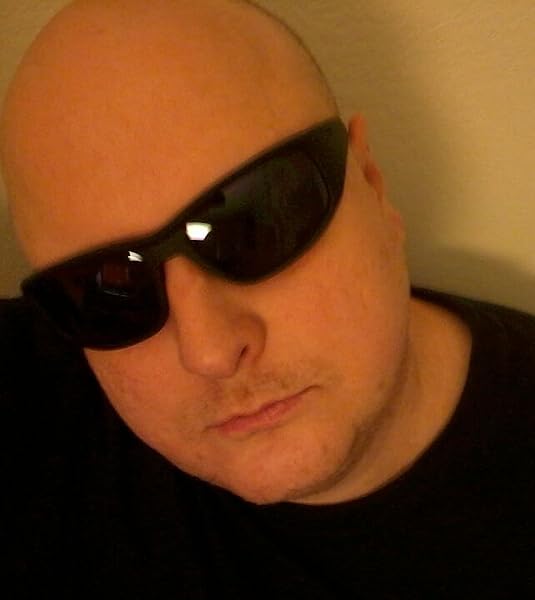 by John R. Fultz (Author)
4.2 out of 5 stars 18 ratings
Book 3 of 3: Books of the Shaper
See all formats and editions
Sorry, there was a problem loading this page. Try again.

The stunning conclusion to the Books of the Shaper series that began with Seven Princes and Seven Kings. . .

The Almighty Zyung drives his massive armies across the world to invade the Land of the Five Cities. So begins the final struggle between freedom and tyranny.

The Southern Kings D'zan and Undutu lead a fleet of warships to meet Zyung's aerial armada. Vireon the Slayer and Tyro the Sword King lead Men and Giants to defend the free world. So begins the great slaughter of the age. . .

lardu the Shaper and Sharadza Vodsdaughter must awaken the Old Breed to face Zyung's legion of sorcerers. So begins a desperate quest beyond the material world into strange realms of magic and mystery.

Yet already it may be too late. . .
Read more
Previous page
Next page

"Book two in Fultz's imaginative visionary tale is the epitome of fantasy. His world building is in a class by itself. His battle scenes explode with inconceivable actions, his imagery and descriptive narrative gives voice and life to his awe-inspiring characters and his heroes and nightmarish creatures give face to his epic tale."―RT Book Reviews Top Pick! (4.5 Stars) on Seven Kings

"What Seven Princes [offers] is breakneck pacing and nonstop insanity..... It's epic with a capital EPIC."―io9.com on Seven Princes

"A stand-out fantasy series from an author with an exceptional talent for characterization and world building."―Library Journal (Starred Review) on Seven Princes

My name is John R. Fultz, and I’m a storyteller.

My latest book is a collection of dark fantasy tales called WORLDS BEYOND WORLDS (from DMR Books). The Shaper Trilogy includes the novels SEVEN PRINCES, SEVEN KINGS, and SEVEN SORCERERS (from Orbit/Hachette). My Tall Eagle duology includes the novels THE TESTAMENT OF TALL EAGLE and SON OF TALL EAGLE (from Crossroad Press). THE REVELATIONS OF ZANG collects 12 dark fantasy tales set in the magical World of Zang (currently out of print).

I live in the North Bay Area, California, but I’m originally from Kentucky. My short fiction has appeared in anthologies such as YEAR’S BEST WEIRD FICTION, SHATTERED SHIELDS, THE WAY OF THE WIZARD, CTHULHU’S REIGN, THE BOOK OF CTHULHU II, THAT IS NOT DEAD, and NEW TALES OF HYPERBOREA. I’ve also had stories in these fine magazines: WEIRDBOOK, BLACK GATE, WEIRD TALES, LIGHTSPEED, THE AUDIENT VOID, and SPACE & TIME. I’ve written comics for Boom Studios’ ZOMBIE TALES and CTHULHU TALES. My graphic novel of epic fantasy PRIMORDIA (illustrated by the great Roel Wielinga) was published by Archaia Comics in an ultimate hardcover edition in 2012.

Kindle Customer
5.0 out of 5 stars Last Boo of the Trilogy
Reviewed in the United States on June 5, 2017
Verified Purchase
Third book in the trilogy and finished up the series. I really enjoyed the plots and storytelling.
Read more
Helpful
Report abuse

Big Dave
5.0 out of 5 stars A very satisfactory conclusion to this trilogy
Reviewed in the United States on January 7, 2014
Verified Purchase
I enjoyed all three books. There is some room for a fourth book. Very good characters, some both good and evil. Well worth your time. Buy on your Kindle.
Read more
One person found this helpful
Helpful
Report abuse

Amazon Customer
5.0 out of 5 stars my son love this book
Reviewed in the United States on February 1, 2014
Verified Purchase
l buy books for my son all the time so thank you for sending them and time and l don't have to pay full prices for them
Read more
Helpful
Report abuse

Andreea Pausan
5.0 out of 5 stars the best of all three
Reviewed in the United States on July 30, 2014
An interesting trilogy, with the last book superior to the two before. A tale of sorcery and romance and betrayal and the power and dangers of change.The author creates an interesting and believable world humans share with other races.
Read more
Helpful
Report abuse
See all reviews

Alan H.
4.0 out of 5 stars Fine Series
Reviewed in the United Kingdom on November 30, 2020
Verified Purchase
I enjoyed the trilogy but did find the mistakes made consistently by the heroes irritating. Plenty of action and a good pacing kept them enjoyable.
Read more
Report abuse

Roger Mowat
5.0 out of 5 stars The Shaper series is fantastic, keeps you interested from first page.
Reviewed in the United Kingdom on January 11, 2014
Verified Purchase
Really enjoyed this series. If you like the type of fantasy reminiscent of Lord of the Rings only including Giants and Sorcerers then this series is for you. Story line develops with great key characters and a theme that keeps the action going. Sorry I am now finished the series.
Read more
One person found this helpful
Report abuse