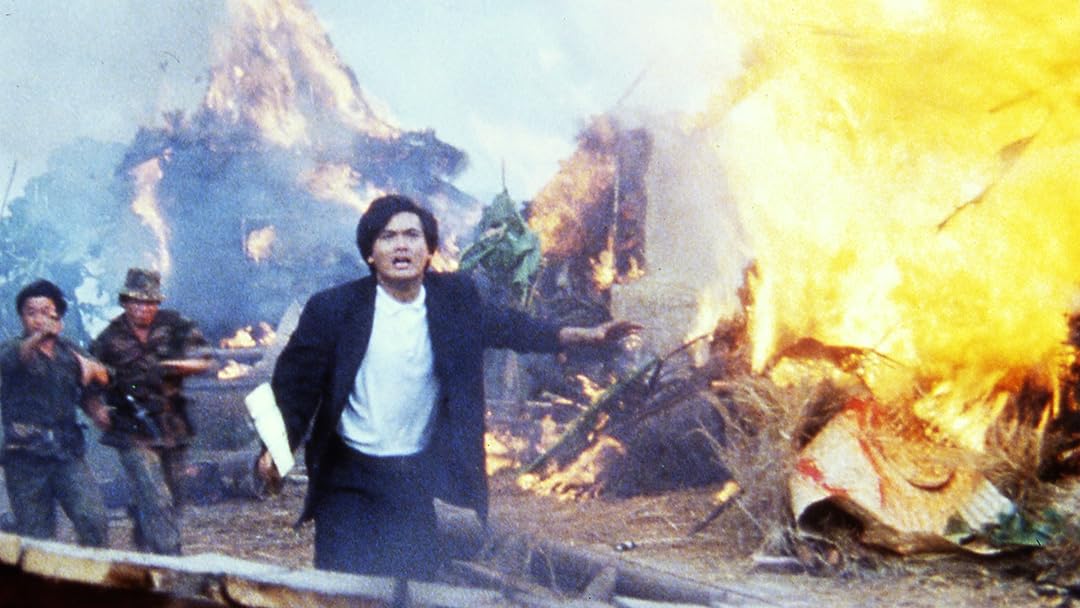 Sean WanderseeReviewed in the United States on February 3, 2020
5.0 out of 5 stars
A Thrilling Kung Fu Horror Fantasy Suspense Action Comedy Adventure
Verified purchase
Dr Chen (Chin Siu Ho, Mr Vampire) fresh off helping the police foil a hostage situation in a daring gun battle has to return to Thailand to rescue the shapely maiden from the evil wizard (Elvis Tsui, Boxer’s Omen), his army of followers and his flying man eating devil fetus. Luckily Dr Chen is assisted by Wesley (Chow Yun Fat) and his friends with enough firepower to make the Predator think twice.

This is one of the best examples of 80s Hong Kong cinema out there. It has it all thrills, chills, laughs, action, romance, martial arts, and gore and all of it is running at 100 percent. There are no half measures here. The gun battles are huge, the martial arts bone crunching, the horror gore soaked, the cast surprisingly full of recognizable faces for gory genre material. Chow Yun Fat is really just a co-star whose job it is to look suave, whether at a pool party or toting a rocket launcher. There are cameos by Ni Kuang, author of the 145 novel Wesley series which this movie is based and a cameo from one of my favorite HK directors Chor Yuen. I love this kind of film that has energy coming out its ears. Let’s have a skeleton kung-fu fight, let’s have worms exploding out of limbs, let’s have a flying devil fetus that tears its victims apart like it is part blender from hell, let’s have a massive fight on a giant statue. It is the wild inventive spirit and hell for leather energy that makes this an amazing antidote for the paint by numbers action films you find in the US usually starring Gerard Butler or Tom Cruise.

5 people found this helpful
BaufosReviewed in the United States on September 13, 2018
5.0 out of 5 stars
Classic 80s HK chunk-blower
Verified purchase
From director Lam Nai-Choi (The Story of Ricky) and writer/producer Wong Jing (Naked Killer) comes a classic slice of insanity that only the anything-goes '80s of Hong Kong could produce! Chin Siu-Ho (Mr. Vampire) and Chow Yun-Fat (you know who he is!) lead a surprisingly top shelf cast through a Horror/adventure/martial arts/action extravaganza. I could hash out the plot particulars here, but that honestly doesn't matter much. What do matter are the brutal martial arts and gunfights (coordinated by the underrated Yuen Bun); and the gut-churning, maggot-spewing gore effects. If you are a connoisseur of either of the aforementioned elements, or if you just like weird/gross movies, this a real treat.
6 people found this helpful

nycReviewed in the United States on January 5, 2018
2.0 out of 5 stars
Weird Movie in Finding a Cure for a Curse Caused by a Cult in Thailand
Verified purchase
This film has some of the most famous Hong Kong movie stars at the time. Dubbed in Mandarin with English subtitles, this movie is about a medical doctor, who is adventurous, goes to Thailand in an expedition in search of medication for AIDS research in a forest. He ends up meeting a tribal woman whom he becomes attracted to, and later tries to save her from a tribal cult sacrifice ritual only to catch a blood curse disease in his escape that affects him a year later. Thus, he returns to Thailand in search of a cure for the curse with his friends, one of them is a professor (Chow Yun-Fat). In their journey to find the cure, they must catch an alien baby, go through traps, get stone-eyes from a statue, fight a cult witch doctor, flight an alien monster, etc. Low budget special effects in the 1980s.
2 people found this helpful

mimikoReviewed in the United States on July 28, 2019
5.0 out of 5 stars
Dubbed in Mandarin
Verified purchase
Why is this not the original version and only dubbed in Mandarin? Amazon stop with these Mandarin dubbed Hong Kong movies. They should stay Cantonese. Its not the same.
7 people found this helpful

Davy DissonanceReviewed in the United States on March 25, 2020
5.0 out of 5 stars
😈😈😈😈😈😈😈😈😈💒💒💒💒💒💒
Verified purchase
The Dvd releases never get the running time correct. Universe version says 81 minutes. Joy Sales version says 72. It's 77 mins on both versions so there's you clarity. Don't know why I went down this route with this review but meh.

I. RohReviewed in the United States on October 22, 2017
5.0 out of 5 stars
Underrated. Give it until the tribes show up at least before you turn it off.
Verified purchase
this was awesome. it was like a old school kung fu movie mixed with Indiana Jones Temple of Doom with a lot more wackiness. pretty hardcore they get sort of graphic sacrificing kids in one scene. i was surprised they went that far there. otherwise just wacky and entertaining.
2 people found this helpful