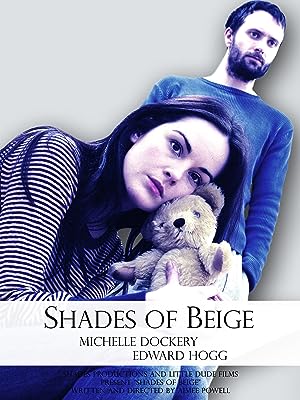 (7)
6.816min2010R
This brooding drama, stars Downton Abbey's Michelle Dockery as a woman who's close relationship with her brother begins to unravel when he is convicted of child abuse.

Marion StrodeReviewed in the United States on January 21, 2021
1.0 out of 5 stars
Misrepresented
Verified purchase
What I disliked is that I paid $ 2.99 for a film that was only 15 minutes. I expect a refund!!!!

Emily RoseReviewed in the United States on October 12, 2018
1.0 out of 5 stars
One Star
Verified purchase
This is only 15 minutes long. I would never have paid money to see a snippet.

brendan f kellyReviewed in the United States on June 20, 2019
5.0 out of 5 stars
Short, but very powerful.
Michelle Dockery shines in this short film that addresses a rarely examined topic... the innocent loved ones of criminals... and how their actions impact everyone around them.

Like any short film, you have to pay attention... it is hard to pack a story into only 15 min... but writer/director Aimee Powell pulls it off. Every word means something. Under her guidance gestures and actions that would seem normal become filled with tension, and possible menace.

Edward Hogg does a fine job with the little he is given to work with. His climactic scene is very, very well played, and as I said the ambiguity of some of his actions is well played.

It is Dockery however that does the emotional heavy lifting here, and she does it stunningly well. Using what is (I assume) her original accent (??) she plays a strong woman whose life is collapsing around her in every way possible... but who is holding it together... not just for her kids, and her loved brother, but because that is who she is and how she was raised. She exemplifies the "courage of those who must carry on"... the people (normally women) who are left behind to quietly pick up the pieces after their lives are destroyed... not because of anything they did but because they were standing just a little to close when someone they loved decided to self destruct. She's as much a victim of her brother's crime as the child he was arrested for assaulting. Everything she has ever loved is taken from her... not because of anything she did... but purely as "collateral damage". Dockery's Jodie is neither a pitiful figure overwhelmed by things she can't control, or a "strong, independent, feminist stereotype"; she's just someone who's doing her best while her world falls apart and her loyalty goes unrewarded.

It's worth a look.