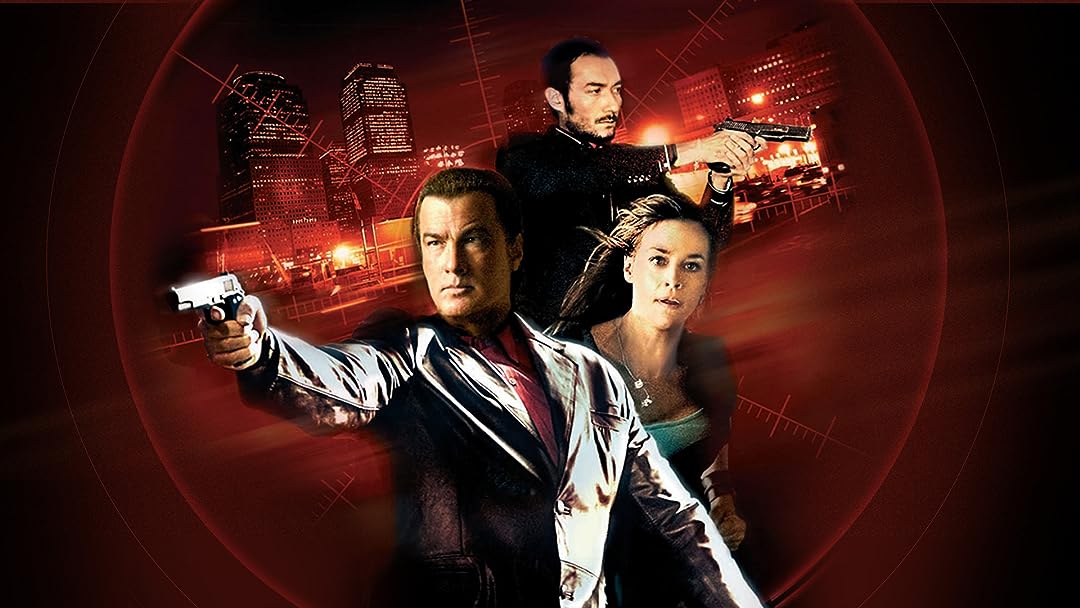 (261)
4.01 h 35 min2006X-RayR
An intelligence operative discovers that no one is what they seem in the shadowy world of espionage.

D HReviewed in the United States on October 3, 2021
1.0 out of 5 stars
horrible use of camera equipment
Verified purchase
I was about not even half way into it and this movie literally caused me to have a motion sickness. It was shot by someone constantly carrying a camera on the shoulder, causing the screen to be very jerky. Even when a person is talking, the background violently moves because of the way how the camera was used. Terrible deployment of camera!
4 people found this helpful

Graeme SmithReviewed in the United States on March 13, 2022
2.0 out of 5 stars
So, cabbies in Romania drive Mercedes-Benzes?
Verified purchase
This is an absolutely typical example of Steven Seagal's DTV movies, containing all the usual elements. He's the most awesome guy in the history of ever, he's sleeping with a girl half his age, and people he trusted turn out to be untrustworthy. There's also plenty of objectification of women, and lots of pointless side characters. The plot involves some germ warfare thing that's been stolen, and his daughter has been kidnapped, but honestly, who cares? The plot is just an excuse for Seagal to act like an awesome guy who is awesome, killing lots of people with guns and his hands while people pointing guns at him inexplicably don't shoot him. Imelda Staunton plays the American ambassador to Romania, and she's so much better than this garbage deserves. There's also lots of nausea-inducing shaky-cam work, because people in 2005 thought that was cool. It isn't. And I'd really like to know how a Romanian cab driver can afford to drive a Mercedes-Benz. Those things aren't cheap. Unlike this movie.

MichaelReviewed in the United States on May 7, 2008
1.0 out of 5 stars
Can't Step Out of His Own Shadow
Verified purchase
As much as I like Steven Seagal and his movies, I must admit that I found very little to like about "Shadow Man" - the Buddhist Bonecrusher's 25th action feature, directed by Michael Keusch ([[ASIN:B000ION79Y Attack Force]]). Everything from the storyline, production, acting, and action falls almost completely flat. The film feels like [[ASIN:B00007JZUP The Foreigner]] in rewind, with dreary visuals and poor fight scenes highlighting an over-complicated storyline that's impossible to care about.

The story: martial artist and businessman Jack Foster (Seagal) sees his daughter (Skye Bennett, [[ASIN:B001MLZNKS Against the Dark]]) kidnapped during a mysterious airport attack while Jack himself is targeted by Romanian officials and mobsters believing him to be in possession of a devastating biological weapon. Gunned at from all sides, he must team with a beautiful ex-government agent (Eva Pope, "Coronation Street") to eliminate the threat and save his daughter.

My description may sound relatively simple enough, but nevertheless, this is one of the most convoluted films Seagal's ever appeared in. As an action hero, Steven has never really needed brainiac storylines to get over, but the script of "Shadow Man" calls for the plot to take at least two disorienting twists, feature a supporting cast the size of China, and require the viewer to juggle the intentions of several characters amidst the general chaos. That last aspect may have been fine if there was a single interesting character in the whole movie, but almost everyone here is completely faceless. Seagal himself comes off as a callous jerk and an awful parent. Eva Pope is easily the most memorable performer in the movie, but that's not saying much.

The production is sub-standard. The film utilizes the "shaky camera" technique to maddening effect and the locales are consistently colorless and boring to look at. Action scenes fail to exhilarate: Seagal busts out an aikido move every half hour, but all of the hand-to-hand fights, shootouts, and car chases are cut so irregularly that you'll hardly have time to register what's going on in half of the shots. For a couple nice touches, though, Jack builds a nifty MacGuyver-style bomb with a phonograph and somehow manages to shoot down a combat helicopter with a pistol. Nevertheless, it's far from satisfying, especially after the beginning of the movie teases some martial arts coolness by featuring Seagal demonstrating the fabled "dim mak" technique.

In conclusion, I would only recommend this film if you particularly enjoy Seagal's direct-to-video efforts, because it'll take some commitment to get to like this one, even from established fans.

M&GReviewed in the United States on October 4, 2021
2.0 out of 5 stars
Waste of time
Verified purchase
Poorly scripted and poorly filmed. Jack (Seagal) must be the best shot in history. He can shoot someone between the eyes with every shot. The blood looked like red paint. Not worth the time.
2 people found this helpful

Bruce WinningReviewed in the United States on September 24, 2021
5.0 out of 5 stars
Steven Seagal can shoot and punch and kick
Verified purchase
I like the 16:9 video. I like the 5.1 surroundsound. I like the action and violence. I like the shooting and there was plenty. I like the punching and kicking. I like the fast traffic scenes. I like the helicopter scene. This was the first on the recommendations list and was just like I want to watch on my TV system.

ROBERTSONReviewed in the United States on March 30, 2022
3.0 out of 5 stars
Yes, Cabbies do drive Mercedes-Benzes,,,,,,,at least low end basic ones,
Verified purchase
If you enjoy Seagal, then the movie is fine. It is what it is, action Seagal style. Subtitles help due to the mumble speak Seagal practices. So then, enjoy.

Steven D. MartinReviewed in the United States on November 17, 2021
1.0 out of 5 stars
Waste of film
Verified purchase
Seagull sucks worse in person than movies. Horrible acting. Horrible shape. Total idiot!
One person found this helpful
See all reviews
Back to top
Get to Know Us
Make Money with Us
Amazon Payment Products
Let Us Help You
EnglishChoose a language for shopping. United StatesChoose a country/region for shopping.
© 1996-2022, Amazon.com, Inc. or its affiliates