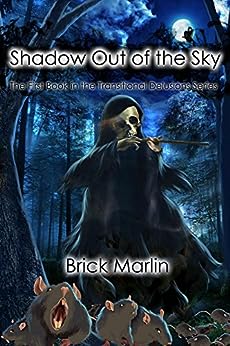 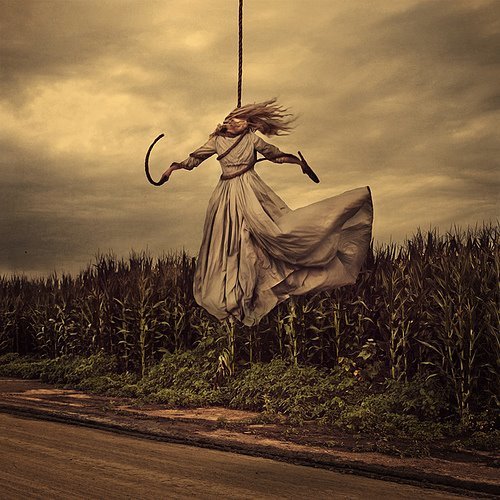 by Brick Marlin (Author), Enggar Adirasa (Illustrator), Rodney Carlstrom (Editor) & 0 more Format: Kindle Edition
See all formats and editions
Sorry, there was a problem loading this page. Try again.
A scarecrow crucified on a wooden cross made from a pair of two-by-fours sits in a field of corn, placed there to frighten away birds and protect the crops. Under its straw hat large buttons pose as its eyes, placed there by child’s fingers, view something sinister in the grave sky, appearing in front of the full moon.

Twisting, it forms into a sleek black mass, peering down upon the town of Woodbury. Four demons called The Reckoning has pulled this shadow, this urban legend from the past, out of an unmarked grave to bring terror across the planet, shoving it toward an apocalypse.

Now it cuts through the air, as if it were opening wounds in flesh, peering down at the first house that it hovers over...

Brick Marlin has been writing since he was a child. From an early age he was exposed to older, original horror movies. The great ones that have made a mark in history. He also tackled reading the likes of Stephen King, Clive Barker, Ray Bradbury, Kurt Vonnegut, Dean Koontz, Charles Dickens, Harper Lee, H.G. Wells, W. W. Jacobs, etc. Thus, he decided to engage himself and write horror and dark fantasy, scaring readers such as his parents, his friends, a handful of neighbors, and even leaving a few school teachers scratching their heads wondering if the boy should be committed or not with his gruesome tales of terror. Short story ideas continued to visit. A book idea or two sometimes stopped by for a sit. In 2007 he decided to take a more professional approach with his work. Hence, as a member of the Horror Writers Association, already having five books published by small presses with one more in the works coming soon, nearly twenty-five short stories published, adding to the few anthologies and collaborations with other authors, Brick Marlin trudges onward, hoping to achieve more creations, living in the minds of his characters making decisions such as whether to turn the knob and enter through the Red Door, or perhaps try and take a chance at the Blue Door, the one that is already ajar, a bony finger beckoning the next visitor. You can also visit Brick at: http://www.brickmarlin.com/

4.0 out of 5 stars
4 out of 5
9 global ratings
How customer reviews and ratings work

Troy Mccombs
4.0 out of 5 stars Sick and twisted!
Reviewed in the United States 🇺🇸 on February 5, 2016
I won a copy of this ebook during a book launch party. It's very gory and demented, just the way a true horror fan likes. It reminds me of Stephen Kings Children of the Corn a little, as children kill adults in Shadow, too. What's different, is the rats that are behind these vile kids, and Kubal, a mysterious force who uses these children to do his bidding.

The biggest problem I had with this novel was the editing issues. If you're a casual reader who loves to read horror and doesn't mind typos, it probably won't bother you. But if you're an avid reader who gets frustrated with every mistake you see, it might. They don't really wreck the story as a whole, but they kind of got annoying at times. I wondered, on a few occasions, if this book was even edited or not. I'm not criticizing the authors ability, as there are some really well done descriptions in there. I'm just pointing out things I saw. For instance, one characters name is Martha. In one sentence, it's spelled Marta, or something like that. I would strongly urge the writer or publisher to go back and do a more thorough edit. I think it would make the book much stronger and potentially not scare readers away (or perhaps acquire negative reviews). Overall, good story.
Read more
Helpful
Report abuse

Autumn Fallen Over Book Reviews
5.0 out of 5 stars Reader beware!
Reviewed in the United States 🇺🇸 on April 30, 2015
I received this book to give an honest review.

So if I was to pick this book because of the cover I would probably pass it up. For the amount of gore and amazing graphic stuff written within the book this cover doesn't do the book any type of justice. With that being said I have to review and rate the book and not the cover.

We have a small town who is going on about their daily lives that is until all of a sudden the kiddos start becoming murderers. Yes I know kids killing adults what is the world coming to?
Now the book gives you different narrators and as anyone knows I am not a big fan as at times it gets confusing as to who is who. Though I have to say in this story I wasn't confused I knew which character was who and I am thinking because of not only the personalities of the characters but the names were no where near being close to each other so it was easy to tell them a part.
What has turned these kids into killers you may ask? Well that all has something to do with the revenge that has been set into the town hundreds of years ago.
We watch as the adults fight for survival from an entity not of this world.
Now all the characters come together in some sort of way, but not in a good way. The one survivor that is at the end is someone I didn't even think would be a survivor.
The way scenes were described I literally was going OMG half the time, some of the kids asking "do you want to play" reminded me of the child in Pet Cemetery. See freaky right there. Now when the kid's transform into something else entirely I was kind of like whoa! Where in the hell did that come from, but it all goes back to the history of the town. It seemed way supernatural.
I have to say I was in awe of how good this book was. This story is what I look for when I read horror. The graphic and gory scenes are amazing and had me making sure my own kiddos weren't under demon possession lol.
I really enjoyed how the author used the old story of the pied piper and had it twisted in an amazing way the plot was unique and the characters were relatable in some way.
I honestly don't know how else to write this review but say get your copy if you are into horror and gore.
Read more
Helpful
Report abuse

Ana&#39;s Lair
4.0 out of 5 stars Terrific Horror
Reviewed in the United States 🇺🇸 on April 10, 2015
Shadow Out of the Sky is a skin crawling horror tale reminiscent of Stephen King’s work, old sci-fi novels/movies mixed in with a scary twist on the piper of Hamelin tale. There is nothing quite as scary as a child gone evil.

The horror is all there, for sure. In that aspect, it’s got to be one of the scariest things I have read in my life, so full on 5 stars. However, plotwise not so much. There is a lot that needs to be worked on. The book needs a lot of editing. Not just to correct all the misspellings but to rephrase certain sentences, to make them clearer and/or more appealing and have the narrative flow better, since I felt confused and disconnected from it several times.

Even through the bumps in the road, the fact is it was a very scary read, so I am rounding the 3.5 stars up.
I honestly think that with proper editing and some sections rewritten, this book has the potential for the full 5 stars.
I do recommend it to all horror fans and am very curious about what will come next.

Brick Marlin is one author to watch.

laurathomas61
3.0 out of 5 stars I'll definitely be reading more of this series
Reviewed in the United States 🇺🇸 on September 28, 2015
Just imagine…Children are changing. Changing into brutal, gleeful killers.

I’ve loved horror books and movies ever since I was young. Something about being scared by fiction gave me thrills. The creepy crawlie covers always jumped out at me from the shelves and I scoured libraries and book stores for the next big scare.

This one is disturbing. Just warning those of you who are sensitive about monster children doing terrible deeds. I often wonder, especially after watching my favorite TV show The Walking Dead, if I could pull the trigger and shoot a child. Even if I know it’s not really a child anymore and it will kill me.

Not to say these kids are zombies. Oh no. They’re something else. Something dark and evil has changed them.

You’ve seen those movies where you can hear a child giggling in the dark? Such a hair raising, evil thing. These kids not only giggle, they taunt, and then they attack. Not much can stop them either.

I didn’t have much time to care about most of the characters as they didn’t last long. The ones I did connect with? A couple I could care less about, not such good people anyway. I did feel sad about some that fell under the knives of the kids.

There were some fun illustrations in the book too. I always enjoy it when the author shares their view of things.

I’d recommend this to anyone looking for some old school, edgy horror.