Shadow Prey (The Prey Series Book 2) and millions of other books are available for Amazon Kindle. Learn more 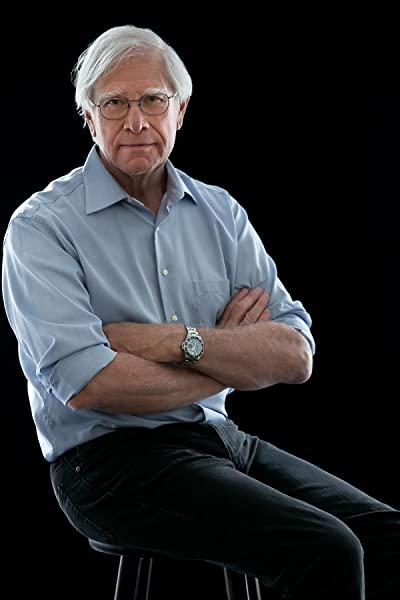 Start reading Shadow Prey (The Prey Series Book 2) on your Kindle in under a minute.

4.5 out of 5 stars
4.5 out of 5
1,540 global ratings
How are ratings calculated?
To calculate the overall star rating and percentage breakdown by star, we don’t use a simple average. Instead, our system considers things like how recent a review is and if the reviewer bought the item on Amazon. It also analyzes reviews to verify trustworthiness.
Top reviews

Pattio
4.0 out of 5 stars Not bad for a 22 year led genre book
Reviewed in the United States on October 25, 2016
Verified Purchase
I haven't read all the Lucas Davenport books but I have read a lot of them. This one is about two American Indian men who approach life from a spiritual perspective. In their sixties, they want to avenge some heinous crimes against their people that they have witnessed over the years. In my opinion they have a righteous case, although I'm not sure that condones murdering the offenders. But that philosophical issue aside, they have a son who is functionally mentally ill - most likely a severe personality disorder and he steps into the picture and starts muddying the message that the Crow brothers are trying to convey.
Obviously on the side of the law, Lucas Davenport comes at them with all his brains and bravery and brawn. A female police officer, Lily Rothenburg, is sent from New York City to help the investigation and the book really heats up from there. It's not the crime action that heats up but Lily and Lucas. I guess that would be okay if you like to read about other peoples' sexual affairs in detail but I didn't like Lily. I thought she was obnoxious as a NY abrasive stereotype - she just rubbed me the wrong way. I would have preferred that the focus remain on the Indians - their culture and value system. Sandford could have channeled a bit more of Tony Hillerman and left about 80% of the sexual details out and I would have liked the book better. I always get the feeling that these guys who write about the lady killer detectives have some issues to resolve.
I do recommend "Shadow Prey".
Read more
15 people found this helpful
Helpful
Report abuse

Ken T
4.0 out of 5 stars Very Good Lucas Davenport Character Development
Reviewed in the United States on September 20, 2017
Verified Purchase
The premise behind the story and the writing is good. It entails several murders committed by a clan of Native American Indians, basically in retribution for, and correcting wrongs done by selected shady white men.
At times the names, number of characters, and their relations to each other becomes confusing. It becomes more clear as the reader continues on. The story, in relation to the murders, builds to a very good climax; the book's ending is satisfying in more than one aspect.
Interspersed are two women Lucas is involved with. One, his regular shaky relationship, the other a married NYPD woman detective on loan to his department; an interesting relationship as well.

After having read quite a number of Lucas Davenport series books out of order, I decided to begin reading them in order. It becomes interesting to see how Mr. Sanford has developed his main character; and how well he's done it. In later books, Davenport's an OK guy. In these earlier books he's actually no-nonsense to the point he's not a very likeable character at all.
I have every intention of reading the rest of the series in order. The Lucas development has captured my attention. It's, without question, another fine work by John Sanford.
Read more
9 people found this helpful
Helpful
Report abuse

D. BlankenshipTop Contributor: Fantasy Books
HALL OF FAMETOP 1000 REVIEWER
4.0 out of 5 stars Excellent read and filled (for me) a lot of backgroud in this series; a series I am quite fond of
Reviewed in the United States on July 3, 2017
Verified Purchase
I’ve now read most or all of John Sandford’s Davenport series, of which there are quite a few. I was one of those that did not read them in order of publication but recently decided to go back and fill-in the black spots, i.e. read those novels I skipped. I cannot recommend this method for all although each novel I have read is most certainly a stand-alone book, but reading out of order did work for me.

I found it interesting, knowing how the series develops as time passed, how Sandford has developed his characters, in particular Davenport, over the years. I must admit that in the first couple of novels that Davenport is not the most likeable person I have read but on the other hand he does have a certain appeal.

In this novel we have Lucas going up against a small group of Native American activists – murderous activists as chance would have it. I have to admit that at first the people this small group did away with more or less deserved it and I could not help sort of sympathizing with them. As the story develops though this more or less changes.

There is more ‘romance’ in this work than in future works which I suppose could be a good or bad thing – depending upon your taste. I don’t read all that much romance but I did not feel the author over did it in this case...it was just a bit strange and not what I expected.

In this second book in the series we do find out about Lucas’s daughter and his long time relationship with his child’s mother which was interesting because this situation is indeed referenced in many books to come.

All in all this was a good story and a tale well told. The action was good and descriptive writing excellent. I enjoyed the read from cover to cover. My wife and I will now listen to the CD version of this work on down the road.
Read more
5 people found this helpful
Helpful
Report abuse

Beaker
3.0 out of 5 stars Lucas true to form
Reviewed in the United States on March 21, 2019
Verified Purchase
Good read, not my favorite story but looking forward as always to the next in the series. Dont care for all the violence and knowing every thing that the crazy murderer is thinking or doing. Nor do I care for all the horrible language page after page, but John Sandfords writing is excellent and so is his layering of the plot and the depth of the characters. Ugliness is real in the world today, but so is the strength, courage, and drive to do what needs to be done, and it is depicted here with awesome scenes and the good guys go and get the bad ones. THAT I can read about all day long, and John S provides it
Read more
3 people found this helpful
Helpful
Report abuse

J. Sanford
4.0 out of 5 stars Lucas Davenport - detective extraordinaire
Reviewed in the United States on January 7, 2021
Verified Purchase
Lucas is the Man! He's tough, has money, has skills, loves women yet he is also vulnerable. In this novel, Lucas gets into some situations that start working on his psyche. It's a strong mix of bad guys mixed with his girl friend and a lady detective from New York. He realizes that all three are piling on him and how to handle and sort the priorities is challenging. It's a decent read and dealing with a remaining mid-west Native American culture is a bit of a different spin.
Read more
Helpful
Report abuse
See all reviews

Jim Bowen
3.0 out of 5 stars A Decent Read
Reviewed in the United Kingdom on April 2, 2017
Verified Purchase
This book focuses on Lucas Davenport, a senior investigator in the Minneapolis Police Department, as he tries to investigate a number of deaths that were caused by Native American locally, and nationally (if the seeming manor of death isn't too much of a coincidence). This leads him to clash (of sorts) with the FBI, who are involved nationally, and the NYPD, where one of the other deaths occurs.

The book wasn't a bad read, but I personally felt it.. was of its' time (it's almost 25 years old now). As an example, the edition I read referred to Native Americans as Indians, which left me feeling slightly disconcerted (though this might me Sandford's aim, as a way of implying how the police department thought of the locals). In addition, the story isn't very computerised, meaning they were faxing photos, and waiting on forensic reports, which took an age to process.

My other grumble is that I was surprised how quickly they made connections between the murders, given their geographic distance (Arizona, Minnesota, and New York). I mean I know they were murdered in a particular way, by a particular ethnic group, but the speed with which they made the connection (prior to any claim of responsibility being made) did seem a little... odd.

This said, if you can set these aside, it's a good enough read that rattles along at a good rate, if you like simply structured, but generally readable thrillers. I am glad though that the series got more readable with age.
Read more
One person found this helpful
Report abuse

jrh
5.0 out of 5 stars Utterly Brilliant
Reviewed in the United Kingdom on April 26, 2020
Verified Purchase
John Sandford writes a brilliant book and if Lucas Davenport is the hero as in this story it keeps you reading non stop!
Excellent storyline , wonderful characters, full of pace , well worth a read.
Read more
Report abuse

john parry
4.0 out of 5 stars Xcellent
Reviewed in the United Kingdom on May 23, 2019
Verified Purchase
Really enjoyed this, had everything you want in a detective series.
Looking forward to the next one.
Davenport V the rest !
Read more
Report abuse

Tenaj
5.0 out of 5 stars The first one is Rules of Prey
Reviewed in the United Kingdom on September 4, 2020
Verified Purchase
These series of books ( 27 at the moment) are the best books I have ever read.
Read more
Report abuse

lee
5.0 out of 5 stars Sandford at his best
Reviewed in the United Kingdom on June 4, 2019
Verified Purchase
Definitely a collectible book series to keep
Read more
Report abuse
See all reviews