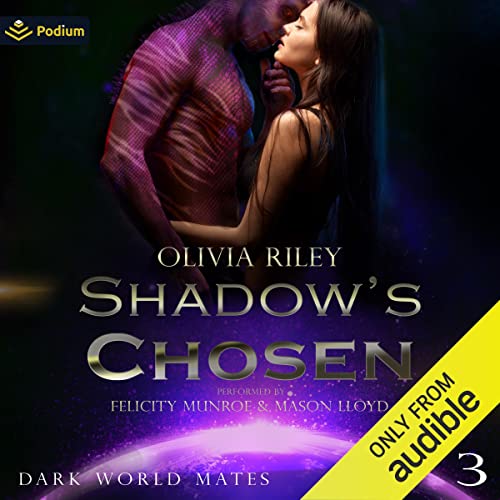 From their first encounter, she knew he was trouble.

A top operative in her field, Elise was trained since youth to be one of Earth's most elite soldiers. But nothing could prepare her for Tyrminus and the deadly aliens taking over the city. She is given one job: Find the Grayhart team of explorers that have disappeared within the undercity and bring them back alive, a seemingly impossible mission. There is one rule: Stay away from the alien bounty hunters, especially their terrifying and hypnotic leader, Nezka, who has been assigned to hunt down the mysterious criminal overlord now ruling the undercity. As much as Elise would gladly abide by that rule, fate had other plans.

Now, Nezka is her only hope of surviving. Despite how wicked and dangerous he may seem, the ruthless hunter claims he will aid her in the fight to save the others and escape the city. Because protecting her suddenly seems his top priority. But Nezka carries dark secrets, including a separate mission that could destroy the growing bond between them.

Can she trust him? Or will he be her end?

Special invitation from Audible!
Learn more about Membership
List Price: $34.99
You Save: $4.37 (12%)
By completing your purchase, you agree to Audible’s Conditions Of Use
Sold and delivered by Audible, an Amazon company

Jackie Emond
5.0 out of 5 stars AWESOME STORY WITH GREAT ALIEN LOVE SCENES!
Reviewed in the United States on March 9, 2021
Verified Purchase
What a great addition to Dark World Mates. Nezka is leader of a super alien squad with a duel mission on planet Tyrminis. The Earth team with Elise is to work with them in finding the missing squad of Earth Explorers. What happens is a SUPER FAST PACED ADVENTURE that ends up to be a nail biter. Nezca and Elise end up in the underground with Zezka fighting his way viciously through the underground gangs literally taking down the planet's top fighters. Both Hero and Heroine had slow build up to their romance. Personally, there wasn't enough of it. The first in the series had fantastic build up between the Hero heroine. I reread it often. This had too much of the long journey with much attention to fight scenes. The ending was too quick cutting it too short and leaving some loose ends. Perhaps there should have been a second Epilogue. What happened to the evil adversaries of Zezka and ultimately the human race? Where did Zezka and Elise go and which planets? Did Nezka find other beings like him? That is just for starters. Other than that this author is VERY creative creating a complex fascinating new world. PLEASE KEEP WRITING!
Read more
4 people found this helpful
Helpful
Report abuse

Erica Paulk
2.0 out of 5 stars Had a lot of structural issues with this one.
Reviewed in the United States on April 21, 2021
Verified Purchase
2.5 star

I'm going to start with being a nit-picking jerk for a bit but I think these books have started to loose track of significant things very quickly in an attempt to make the story easier. Well I guess they maybe be important to some but to me, very. So anyway how does every planet the humans/aliens go to not have gravity or oxygen issues? There are 15 different species from probably 15 different planets but I will be generous and say some could have lived together so let's narrow it down to 8 planets. Out of these 8 places they all have the same air and gravitational force? Yes I went into this wanting a romance but I also wanted a probable story too.

There is too much missing at all times even from a descriptive point of view. Just one example 'Neza's spines tingled.' OK are they on his head? Back? Arms? Does he have two spines/backs? Just one or two more words in this sentence and voila no confusion but I guess you do find out 100 pages later so maybe it's ok (question mark). The weapons were especially interesting to me. The action scenes felt a bit like a video game with the technology and I enjoyed that.

The characters should have been more flushed out. The two protagonist even sit up a few nights and talk about things but you don't get to hear much of it. Also I did feel their chemistry but it didn't grip me in anyway. I blew thru these pages though honestly because I wanted to get it over with. The story was slow story bit repetitive. The human girl always getting hurt then them shack up for a few days with nothing happening repeated 3 to 4 times. I liked parts of the story I didn't love it. Just wish the structure of the world and characters would have been more thought out.
Read more
3 people found this helpful
Helpful
Report abuse

RB
5.0 out of 5 stars Wow.
Reviewed in the United States on April 16, 2021
Verified Purchase
This series has been great. It's something of a slog to find well written books out here--lots of OK books, and a depressing number of not-so-good ones. This was my favorite of the series.

The H and the h are both really 3D. That makes them interesting, fun to read, and realistic. The plot was heavy on the action and moved at an entertaining pace. The secondary characters were excellent. I'd love to see some of them appear in their own stories.

The plot has some predictable turns, but was still strong and held my attention for sure. The romance built at a steady pace.

I'd recommend starting with the 1st book and reading through them all. They're worth the purchase.
Read more
One person found this helpful
Helpful
Report abuse

carol
5.0 out of 5 stars Best in series
Reviewed in the United States on June 20, 2021
Verified Purchase
I have to admit I was not looking forward to this book. Characters did not spark my interest at first. But soon they sucked me in. By the time they were in the see through building I was rooting for them.
Now on a personal note I wanted to know how the planet turned out. They briefly mentioned changes but nothing of the “good” people below or others.
As well as I wanted a five year update on them, with mention of finding others like her mate.
Read more
One person found this helpful
Helpful
Report abuse

Alice
3.0 out of 5 stars Something was missing from this one
Reviewed in the United States on June 16, 2021
Verified Purchase
I didn't get the full emotional impact of some of the major turning points in the plot. They felt rushed and a bit like lip service, there but only superficially and not really hitting in the feels. Given that this series with each book became increasingly more about the story and emotional aspects and less about the physical, that felt like a huge letdown. I didn't get the emotional payoff that 8 hours of reading deserves... still, enjoyed Nezka and Elise... so much so that I wish I'd gotten more of them!
Read more
Helpful
Report abuse

Wokachilla
4.0 out of 5 stars Mostly really good
Reviewed in the United States on June 15, 2021
Verified Purchase
I enjoyed it. Took some time for me to warm up to Elise as she seems to think she cash just fight even though her opponent put matches her. I felt like she didn't use her brain as much as I would like. That said, I liked the evolution of the relationship better Elise and Nezka, though I also feel like certain things were gone at without being explored which I find frustrating. That said, it was a good story and I enjoyed it.
Read more
Helpful
Report abuse

Jenny
5.0 out of 5 stars Another winner!
Reviewed in the United States on March 9, 2021
Verified Purchase
I absolutely loved this third book in Olivia Riley’s Dark World Mates series. I was drawn into this sci-fi adventure from the start. We have Elise, the kick-ass soldier heroine (she’s a human), and Nezka, the bounty hunter hero (he has purple skin and looks like death ☠️, according to the Elise when she first sees him). They reluctantly team up on a mission to search for a team of humans that has disappeared on Tyrminus. The bounty hunter Nezka sets Elise’s hackles up from the start but she needs to team up with him in order to continue with the mission. And Nezka has his own reasons for wanting to help Elise. Together they go on a fast paced adventure, from start to finish. This is a sci-fi with some great story building and a slow burn romance. Not for the faint of heart though, there’s plenty of action and some gruesome fight scenes. Olivia Riley sure knows how to write amazing sci-fi romance books!

Ruthie
5.0 out of 5 stars Nezka
Reviewed in the United Kingdom on February 1, 2022
Verified Purchase
This guy is so hot phew I just love every nuance of the fellow.
The story was excellent much like the first book full of excitement danger intrigue and passion. Bravo!
Read more
Report abuse

Jan
5.0 out of 5 stars Dark Hunter !
Reviewed in the United Kingdom on March 10, 2021
Verified Purchase
Amazing series. Great characters and well written story.
Hope there are few more books in this series.
Next book should be the alien call Ryxok (Virsha)
Read more
Report abuse
See all reviews