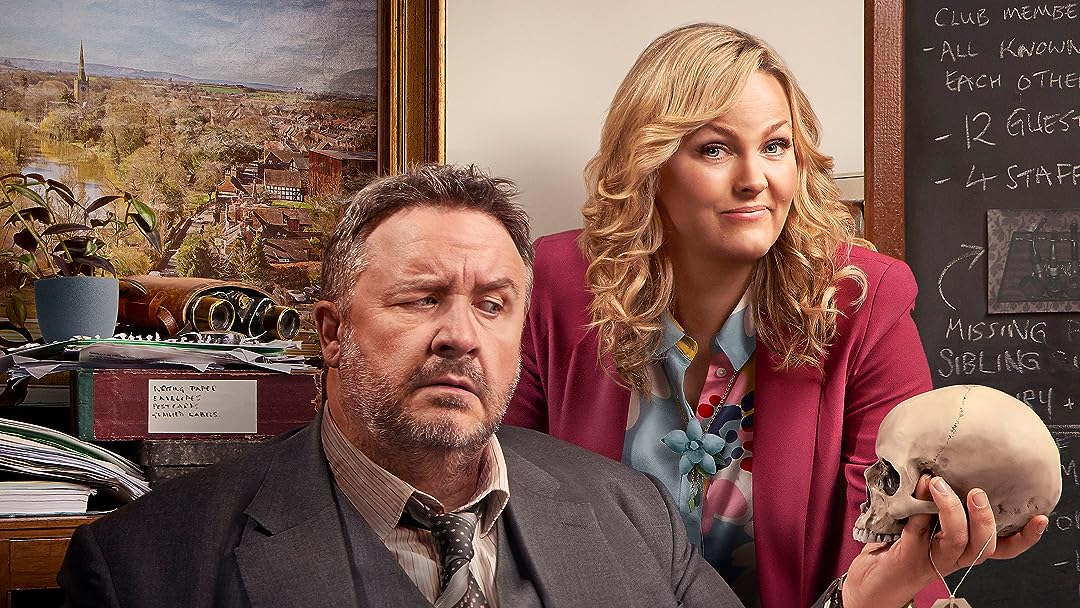 (466)7.62020X-RayTV-PG
Now that Lu has passed her private investigator exams and Frank's tidied himself up a bit, there's no stopping them. New episodes arrive every Tuesday.

Cooking TyroReviewed in the United States on May 24, 2020
1.0 out of 5 stars
Inaccurate Product Information
Verified purchase
Website site does not disclose that this is Region 2 playback, does not work in US. Cost me $14.00 shipping to return to UK.

How can we be assured this will play in US?

Amazon CustomerReviewed in the United States on May 26, 2020
5.0 out of 5 stars
Be sure you have a Multi-Region DVD player - this set is Region 2!
Verified purchase
I absolutely love this series. The three principals (Benton/Joyner/McBride) are great together. Shame on you, Amazon, for not letting people know in the product info that THIS IS REGION 2!! I already have a multi-region player, so I can watch it.
30 people found this helpful

DigitalPommieReviewed in the United States on July 3, 2020
1.0 out of 5 stars
Wrong Region
Verified purchase
Does not tell you that it is Region B, and not playable on North American players. Very disappointed.
20 people found this helpful

KateReviewed in the United States on August 25, 2020
1.0 out of 5 stars
Region B doesn't work in USA
Verified purchase
I admit I didn't read the reviews, was just anxious for the next season of a favorite. However, that doesn't excuse the misleading information. Now I have a choice to make, return it or buy a universal Blue Ray player
17 people found this helpful

Linda HarrisonReviewed in the United States on June 25, 2020
1.0 out of 5 stars
Improper description of product
Verified purchase
I was excited to order this item however the description doesn't tell you it is region #2!
I saw from other reviews that this seller did this to other buyers - guess I'm stuck because the S & H is to much to go thru sending it back
16 people found this helpful

movie junkieReviewed in the United States on May 11, 2021
1.0 out of 5 stars
2 for 2
Verified purchase
The series is wonderful - BUT.......
When I purchased Season 1 , all the discs played perfectly. Kept it.
When I purchased Season 2, TWICE I received discs that either froze partially through the episode or wouldn't play at all. Sent it back - both times
How could I have thought that Season 3 would be any different.
Stops in the same place during the second episode every time I play it. Once again, returned it.
So 1 out of 3 Seasons is a keeper - what an awesome business model.
This isn't the only time I've had issues with DVDs from the BBC, even on other series, they seem to be getting worse.
High quality movies and series, delivered on inferior transfers to discs
This isn't a new technology, DVD's have been produced for quite a while now -
Why is getting quality disc transfers suddenly beyond their capabilities?
Have you no longer any pride or quality standards BBC?
7 people found this helpful

Richard B. SchwartzReviewed in the United States on April 27, 2021
4.0 out of 5 stars
Pleasant.
Verified purchase
Season three of S&H again offers 10 45-minute episodes. The plots appear to be changing slightly. Instead of zany crimes, appropriate to a comic series, the crimes are getting a tad more serious. The perps are a little darker, the motives a little heavier, and so on. With a different look and more serious presentation the plots themselves could be utilized in more hardboiled, noir stories. This is not to say that S&H have suddenly turned into Endeavour, Line of Duty, Frost, Foyle’s War, etc. but this season is just a bit less comic. The genre remains the British cozy, anchored in comedy rather than romance, and the violence is a little less threatening and a little less gory. We are still in a stylized world, not a real one (though the hardboiled genre is characterized by stylized realism). Noir stories are, however, closer to what James Ellroy calls tragic realism, even if they do sometimes have comic elements.

The bottom line is that S&H provides a not-very-challenging bit of escapist entertainment. The Stratford setting is special though it has not yet been exploited to the degree that one might expect. The production values are strongish but not exceptional. The guest stars (who are usually the perps) come from the B+ list and they are generally few in number. Sebastian does get a star turn in episode 10, however. In many ways he is the show’s glue (like Norm in Cheers) and it is nice to see him enjoy a more extended outing.

In sum: harmless entertainment (which Samuel Johnson thought was a very important thing) but not life-changing or riveting. ‘Pleasant.’
4 people found this helpful

Amazon CustomerReviewed in the United States on March 1, 2021
1.0 out of 5 stars
Description Inaccurate
Verified purchase
No where in the description of this blue ray DVD does it say that this is for Region B only. That means the DVD will not play on players in the US.
10 people found this helpful
See all reviews
Back to top
Get to Know Us
Make Money with Us
Amazon Payment Products
Let Us Help You
EnglishChoose a language for shopping. United StatesChoose a country/region for shopping.
© 1996-2021, Amazon.com, Inc. or its affiliates