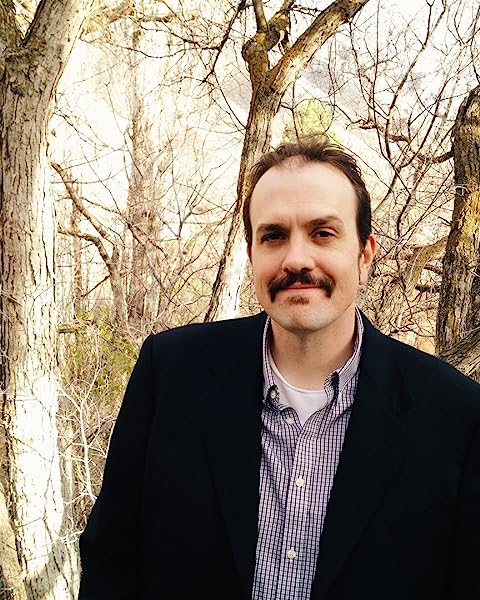 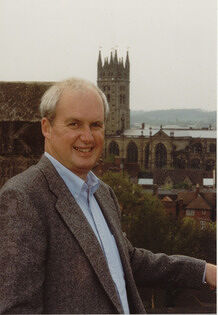 by Edward Willett (Author)
4.2 out of 5 stars 65 ratings
Part of: Shapers of Worlds (3 books)
See all formats and editions
Sorry, there was a problem loading this page. Try again.

Within these pages lie eighteen stories, from eighteen worlds shaped by some of today's best writers of science fiction and fantasy, all guests on the Aurora Award-winning podcast The Worldshapers during its first year. There are never-before-seen stories by Tanya Huff, Seanan McGuire, David Weber, L.E. Modesitt, Jr., John C. Wright, D.J. Butler, Christopher Ruocchio, Shelley Adina, and Edward Willett, plus outstanding fiction by John Scalzi, Joe Haldeman, David Brin, Julie E. Czerneda, Fonda Lee, Gareth L. Powell, Dr. Charles E. Gannon, Derek Künsken, and Thoraiya Dyer. Among these authors are international bestsellers , and winners of and nominees for the Hugo, Nebula, World Fantasy, Aurora, Sunburst, Aurealis, Ditmar, British Science Fiction Association, and Dragon Awards. Some have been writing for decades, others are at the beginning of their careers. All have honed their craft to razor-sharpness.

A teenage girl finds something strange in the middle of the Canadian prairie. An exobiologist tries to liberate a giant alien enslaved on its homeworld by humans. The music of the spheres becomes literal for an Earth ship far from home. A superhero league interviews for new members. Strangers share a drink on a world where giant starships fall. Two boys, one a werewolf, one a mage, get more than they bargained for when they volunteer to fight an evil Empire. A man with amnesia accepts a most unusual offer. A young woman finds unexpected allies as she tries to win a flying-machine race in steampunk London . . .

Ranging from boisterous to bleak, from humorous to harrowing, from action-filled to quiet and meditative; taking place in alternate pasts, the present day, the far, far future, and times that never were; set on Earth, in the distant reaches of space, in fantasy worlds, and in metaphysical realms, each of these stories is as unique as its creator. And yet, they all showcase one thing: the irrepressible need of human beings to create, to imagine, to tell stories:

Edward Willett is the award-winning author of more than sixty books of science fiction, fantasy, and non-fiction for adults, young adults, and children, and is also the editor and publisher of Shadowpaw Press (www.shadowpawpress.com). He hosts the Aurora Award-winning podcast The Worldshapers, featuring conversations with science fiction and fantasy authors about the creative process. He lives in Regina, Saskatchewan, Canada.

Rhonda A. Atlanta
4.0 out of 5 stars Mostly good
Reviewed in the United States 🇺🇸 on July 10, 2021
Verified Purchase
Most of the stories were good; many I had already read. Only a few were lackluster; the rest were worth the read.
Read more
One person found this helpful
Helpful
Report abuse

Rick Mahoney
5.0 out of 5 stars Great anthology
Reviewed in the United States 🇺🇸 on September 29, 2020
Verified Purchase
Lots of great writing and great worlds. Well set up. And the last story is, easily, the best of the bunch
Read more
4 people found this helpful
Helpful
Report abuse

Ron Titus
4.0 out of 5 stars What a crew of authors!
Reviewed in the United States 🇺🇸 on November 16, 2020
Edward Willett hosts a podcast called Worldshapers (I will need to check this out) which is up to 62 episodes. After a year, he decided to Kickstart an anthology with stories from several of the authors that appeared in the first season of the podcast, thus was born Shapers of Worlds. Of the 18 stories in the volume, half are new stores (2020 copyright) and half are stories written earlier. Each tale stands on its own and highlights the author's voice and world building. I became aware of this title via L. E. Modesitt, Jr. answering a question on Goodreads, so when I saw this title on Netgalley, I jumped on the chance to read it. There are tales from Tanya Huff, Modesitt, John Scalizi, D. J. Butler, Seanan McGuire, David Weber, and Joe Halderman, to name a few of the authors. The David Weber story was interesting and not one you would expect from him. And the Charles E. Gannon story was dark but also hopeful. So you have a nice mix of authors and tales to read in this volume. So here's to hoping there will be another volume!

Thanks Netgalley for the opportunity to read this title!
Read more
3 people found this helpful
Helpful
Report abuse

J. Lesley
VINE VOICE
3.0 out of 5 stars Okay, but the stories aren't very memorable for me.
Reviewed in the United States 🇺🇸 on November 14, 2020
My main reason for reading anthologies is my hope to find a story so interesting as to make me chose a book by an author with a work included in the collection. Finding a new author I'm interested in would be the icing on the cake. Well...it didn't happen here. I'm really quite surprised at how I reacted to these stories; they were interesting enough while I was reading them but I didn't go exploring at all. Each time I came to a story submitted by an author I had either read about or I had actually read a book authored by them I figured that this one would be different - something about this one would really engage my attention. I read it and then I finished it and then I forgot what it was all about. I had to go back and look it up, but here are some of the story subjects: superhero recruitment, shape shifter, alien visitor, ghost haunting, end of the world, a giant native and memory loss.

Thank you to NetGalley and Shadowpaw Press for an e-galley of this anthology.
Read more
4 people found this helpful
Helpful
Report abuse

MrsIz
4.0 out of 5 stars Excellent Anthology
Reviewed in the United States 🇺🇸 on October 7, 2020
I was given a free ARC by Netgalley. This is my honest review.

In general, it is difficult to review anthologies. However, Shapers of Worlds included stories by wonderful authors such as Tanya Huff and David Weber.

The stories were all winners ranging from very good to excellent. I highly recommend giving it a try
Read more
2 people found this helpful
Helpful
Report abuse
See all reviews